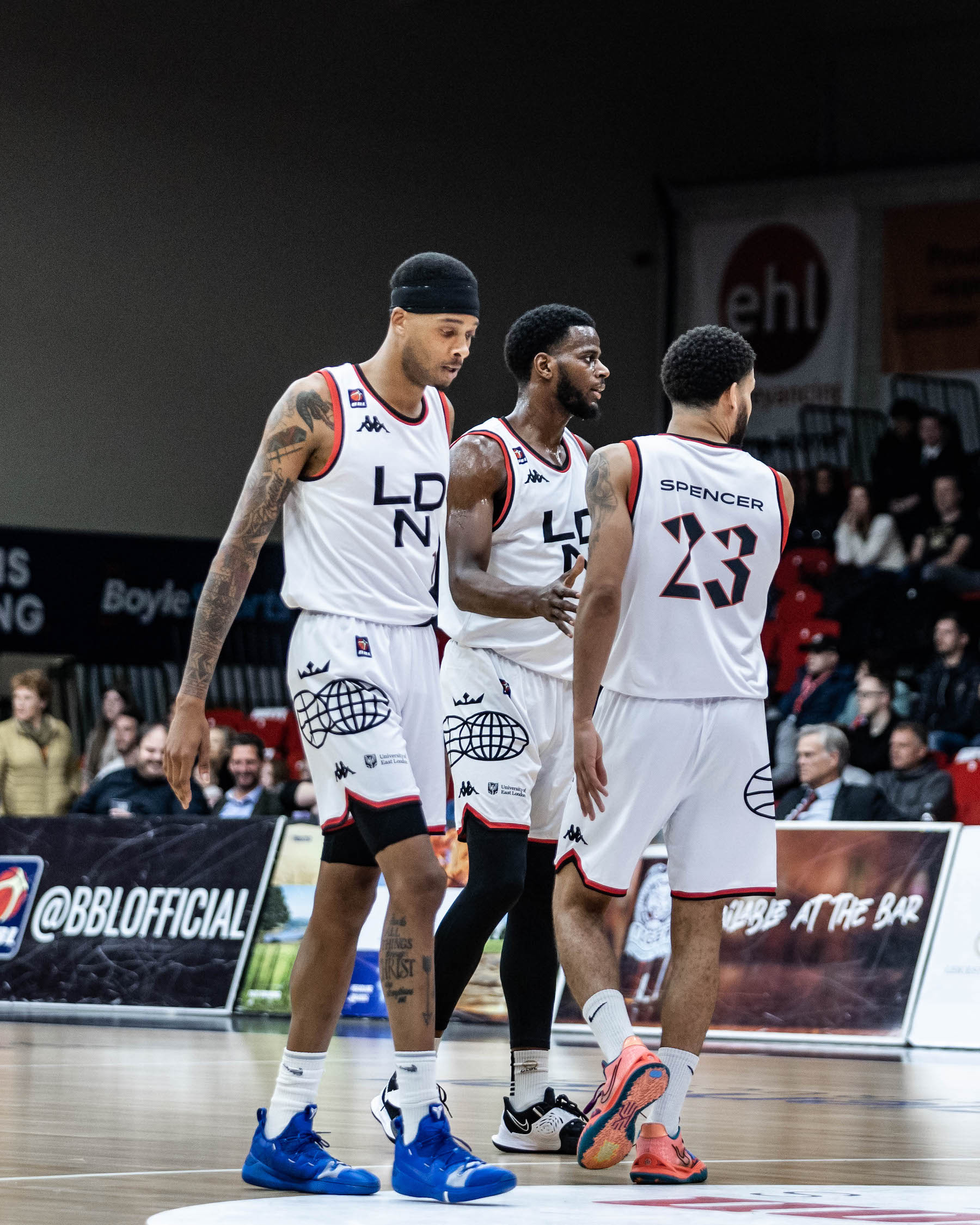 A blistering first half paved the way as London Lions opened their BBL Championship campaign with a 113-74 victory against Cheshire Phoenix at the Copper Box on Friday evening.

The hosts had double digit margins against Phoenix in each of the first two period, and never looked back as they made it 11 wins in their last 12 games.

Dirk Williams led a balanced Lions’ offence that saw six players finish in double figures, finishing with 22 points, but it was Jordan Williams who troubled the statto’s the most with an 11 point, 11 rebound and 10 assist triple-double.

Kylor Kelley added 19 points, five rebounds and an impressive three block while  Lorenzo Cugini drained 18 points and five board. There also a welcome return for talisman point guard Justin Robinson, who was last seen limping off the court in the 2021 play-off final, as the British start finished with 13 points and three assists in 19 minutes. Isaiah Reese had one of his quieter nights, but still finished with 12 points, five assists and four rebounds.

Coach Vince Macaulay was understandably happy with his side’s victory:

“It was great to get off to a winning start” he said. “It was also great to get Justin some minutes, and overall we spread the minutes well and continued to work on things to get better.”

It was the Dirk Williams show in the first period as he sunk three triples two from inside the arc and a pair of free-throws in a perfect shooting performance to end the quarter with 15 points as Lions led 28-17 at the opening break.

Inevitably it was Dirk Williams who opened the scoring, followed by a Kelley dunk and block as the hosts led throughout with Cugini hitting a late triple, Teddy Okereafor’s late trey could only reduce the hosts’ lead to 28-18 at the first break.

Okereafor - who led Phoenix with 14 points,  buried another triple to open the second period but Julian Washburn hit a pair at the foul line. Chris Tawiah’s hook shot kept Lions comfortably before a pair Kelley free-throws took the Lions’ lead out to 36-24 with five first half minutes remaining.

Jordan Williams scored an old-fashioned three-point play and Cugini added five points to his tally before Robinson reminded Lions fans what they’d missed during his enforced absence with a triple to help the hosts go into the locker room leading 53-32.

Dirk Williams opened the second half scoring before Reese drained a triple, and the visitors only briefly reduced the margin below 20 on a couple of occasions, notably on the back of triples from Namon Wright and Okereafor. But a good spell from Reese kept Lions comfortably ahead, and Washburn’s sent them into the final break 75-56 ahead.

Five points from Robinson kept Lions comfortably ahead early in the fourth before Cugini hit four straight free-throws to take the lead above 30 and the hosts comfortably closed out the win.