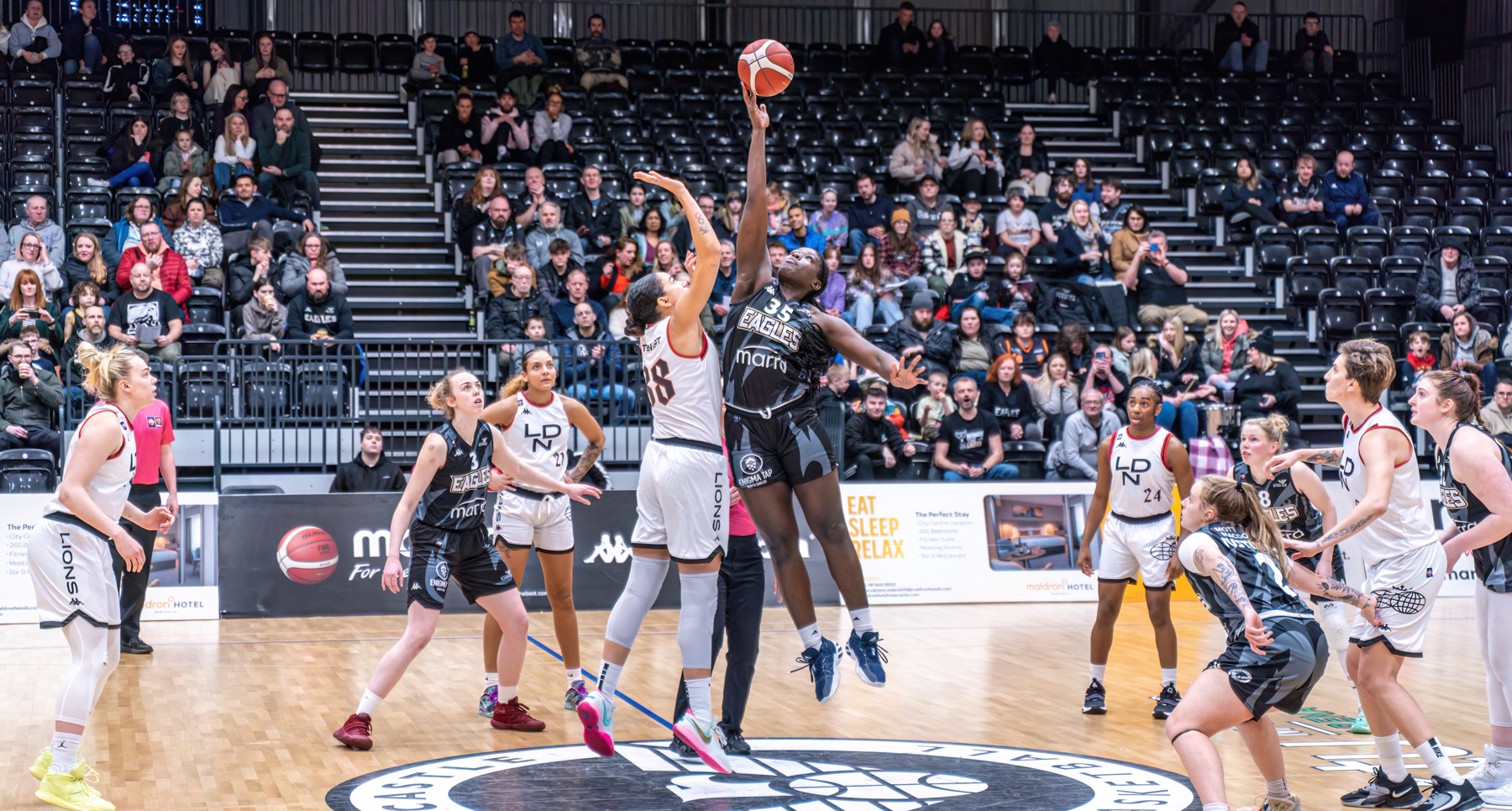 The Lions’ North-East England voyage was successful as they recorded a one-sided 43-123 victory against the Newcastle Eagles. The excellent and quiet frankly dominant scoring display was led by captain Shanice Beckford-Norton who pocketed 25 points, a 2022-23 season high for the hot-footed guard.

The capital city representatives flew out to an 0-8 lead, holding the Geordies scoreless until the 07:42 mark when Eagle Antoinette Lewis finally broke their duck and sunk both of her free throw shots. However, the defensive intensity from Taylor Murray, Katsiaryna Snytsina and Holly Winterburn would cause the Tyneside faithful to wait over three minutes for the Eagles to score again.

By this time, London held a 16-point, 4-20 lead with Shequila Joseph, “Kiki” Herbert Harrigan, Winterburn and Snytsina getting in on the free-flowing scoring fun. Newcastle had to wait approximately two minutes and twenty-eight seconds to see a shot of theirs go through the net. Once again, their points score was achieved at the free throw line, this time via Katie Nolan’s efforts.

The Lions blazed into the second quarter leading 6-38, and continued their onslaught. Although they conceded 13 points during the period, they engulfed the Eagles in a scoring barrage to the tune of 31 points via 11 well-orchestrated assists.

By halftime, the Lions’ dominance was felt in every important team box score statistic. London led 7-17 in assists, 15-24 in rebounds, 5-17 in second-chance points, 1-21 in fast break points, and 0-29 in points off turnovers.

The third period wasn’t any easier for the Eagle, even though they produced their highest-scoring total of the game, 14 points. The Lions continued to pile more misery on Newcastle, scoring 26 points. On-ball pressure from Vorpahl, Murray and Hersler forced the Eagle into more poor turnovers and allowed the Londoners to accumulate more fast break points.

The fourth quarter saw the Lions lockdown the Tyneside hero’s offence to a mere 10 points. However, London went on to record 28 points of their own to go on to achieve their third straight 100+ points total and their RECORD-SETTING 50th STRAIGHT WBBL VICTORY!