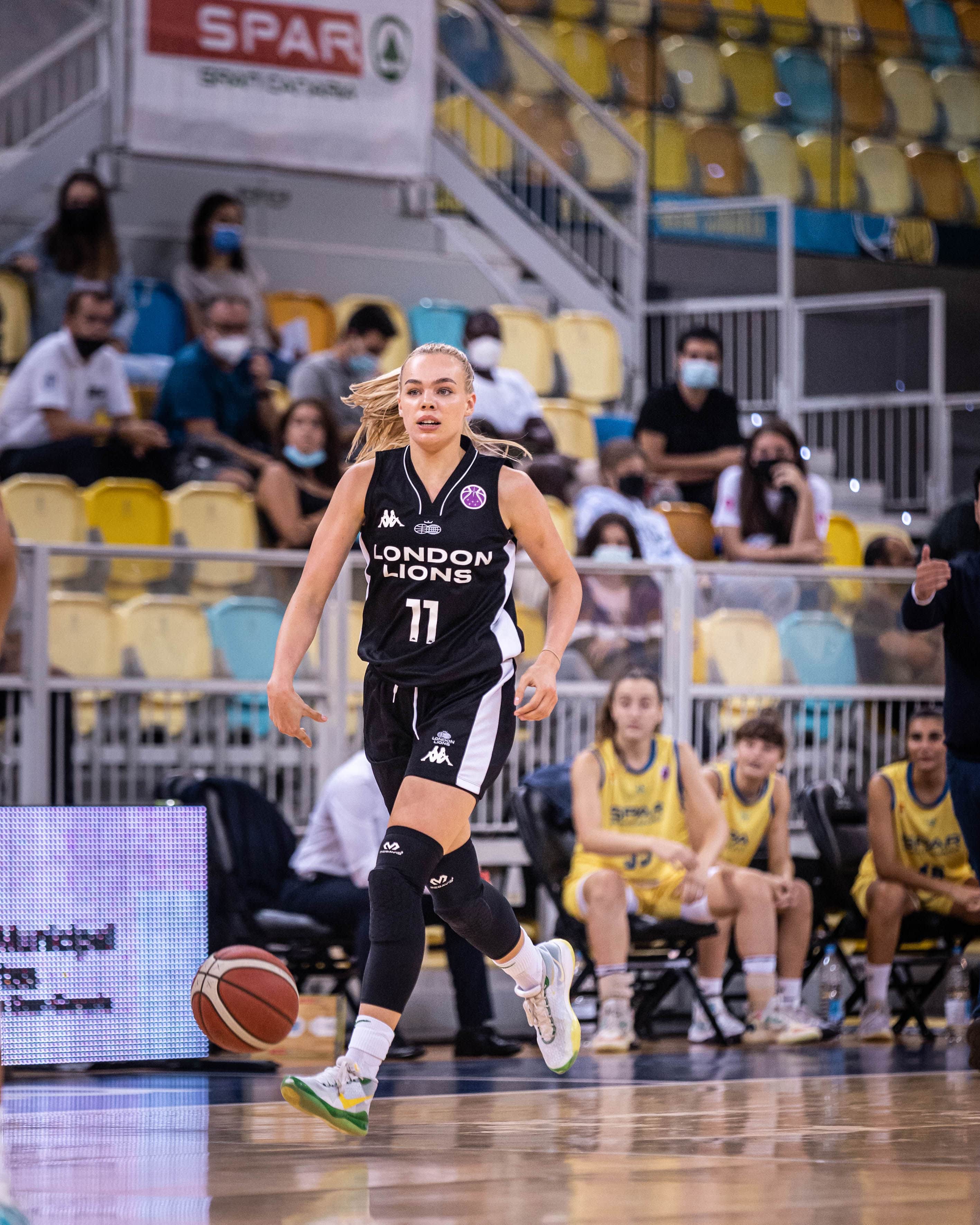 London Lions women made the perfect start to their WBBL Championship season with a 102-48 victory at Caledonia Pride, on Saturday.

Led by Holly Winterburn’s 22 points, six assists and as many steals, Mark Clark’s side led from tip to buzzer as they dominated against the Scottish side.

Kennedy Leonard was close to a triple-double with 20 points, nine rebounds and seven assists while Stephanie Umeh finished with a 14-point, 13 rebound double-double. Valentina Klocker also had 14 points, while three other players had at least eight points as Clark was able to give at least 13 minutes of action to all ten of his kitted-up players.

Guard Shanice Beckford-Norton was pleased with how the Lions played: “Going into it after qualifying for the EuroCup regular season, we knew that we had to remain focussed and not just settle” she said. “Teams want to beat us because of how we finished last season and because we’re in Europe, they have nothing to lose. But we stayed focussed and didn’t stop for 40 minutes.”

Beckford-Norton hit the first two buckets of the game and a pair of Leonard free-throws made it 13-4 with five minutes gone. Leonard and Winterburn continued to torment the hosts before Umeh sent them into the first break with a 26-14 lead.

Klocker made it a 15-point game midway through the second period before Winterburn and Leonard drained from downtown as Lions opened a 44-22 lead. With four minutes left in the first half, Cassie Breen’s basket gave the visitors a massive 58-26 lead heading into the locker room.

There was no way back for the Scottish side as Winterburn sunk a three to put the Lions 68-32 ahead with five second half minutes gone and Leonard’s driving lay-up made it 78-38 at the final break.

A three-point Klocker play opened the fourth quarter, and it was Leah McDerment who chalked up the 100th point as Lions closed out a comfortable win.