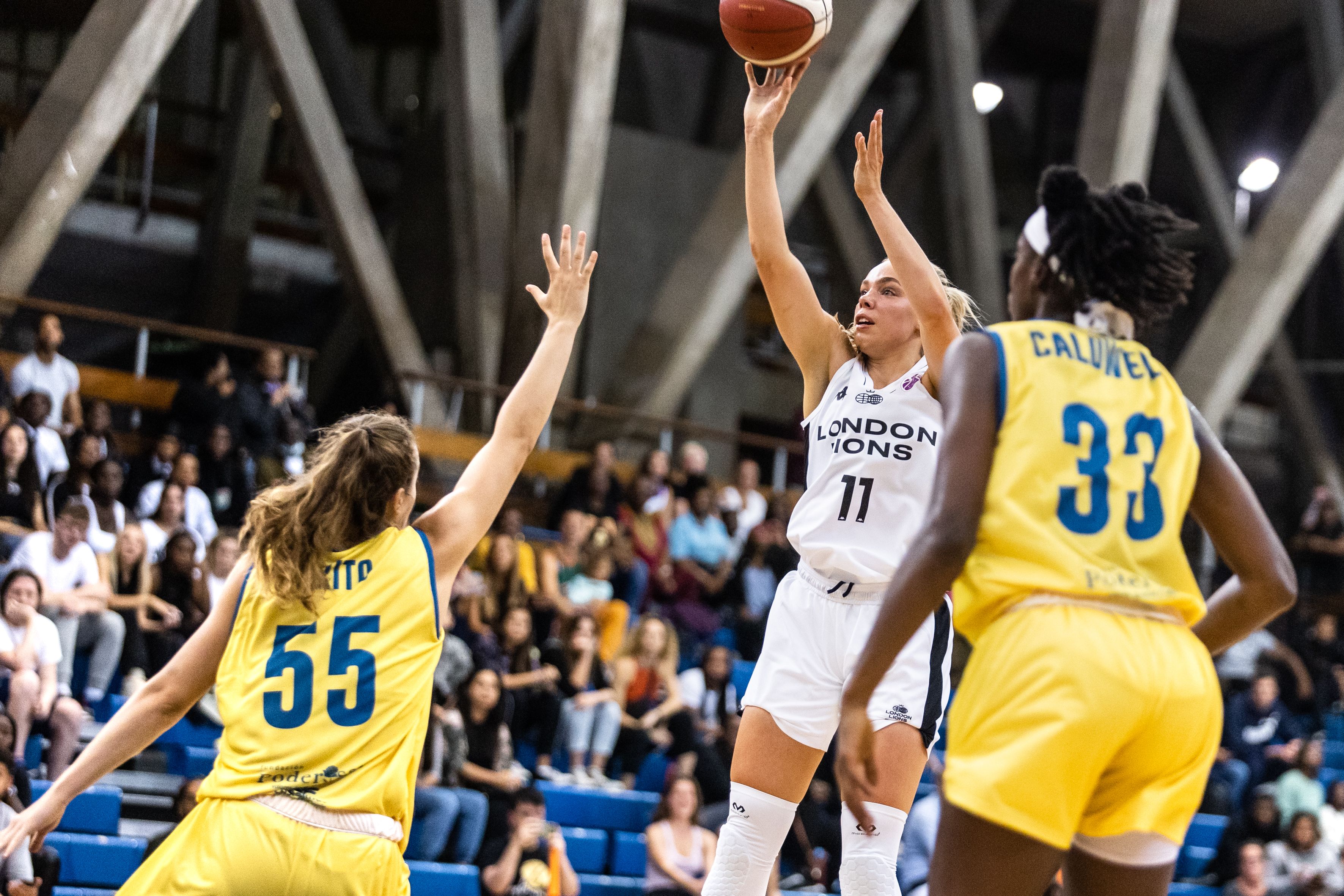 London Lions women survived a strong first half from Gran Canaria to reach the FIBA EuroCup group stage despite a 67-56 loss on Thursday evening.

Taking a 30 point aggregate lead into the second leg of the qualifying round tie, Mark Clark’s side trailed 40-27 going into the locker room for the first time break, but shaded the final two periods to progress to main draw for the competition.

Coach Mark Clark clearly had mixed feelings after the game:

“It’s not how we would have like to have done it and it was a very un-Lions game of basketball” he admitted. “But we demonstrated that we can find ways to get the result we need. Gran Canaria played incredibly well at times, especially in the first half, and the experience we gained will be invaluable as we look forward to the group stage.”

Alina Hartmann opened the scoring for the hosts with a three-pointer. With Lions’ Azania Stewart replying with a jump shot at the other end before Leonard drained from downtown to give London the lead.

Scores from Leonard and Paige Miller-Robinson kept the visitors ahead but a unsportsmanlike foul call on Miller-Robinson launched a 7-0 run from the hosts to give them a lead they would never lose.

Lions trailed 22-14 at the first break and despite a late Leonard basket went into half-time with a 13 point deficit on the night.

A pair of Leonard free-throws made it a ten-point game midway through the third period and although the hosts took the advantage out to 15, Beckford-Norton trimmed the deficit to 53-41 at the final break.

A Leonard jump shot kept the deficit at ten midway through the final quarter, and Lions never looked in trouble as they close out a 132-113 aggregate victory to ensure that their European adventure will last at least another six games.