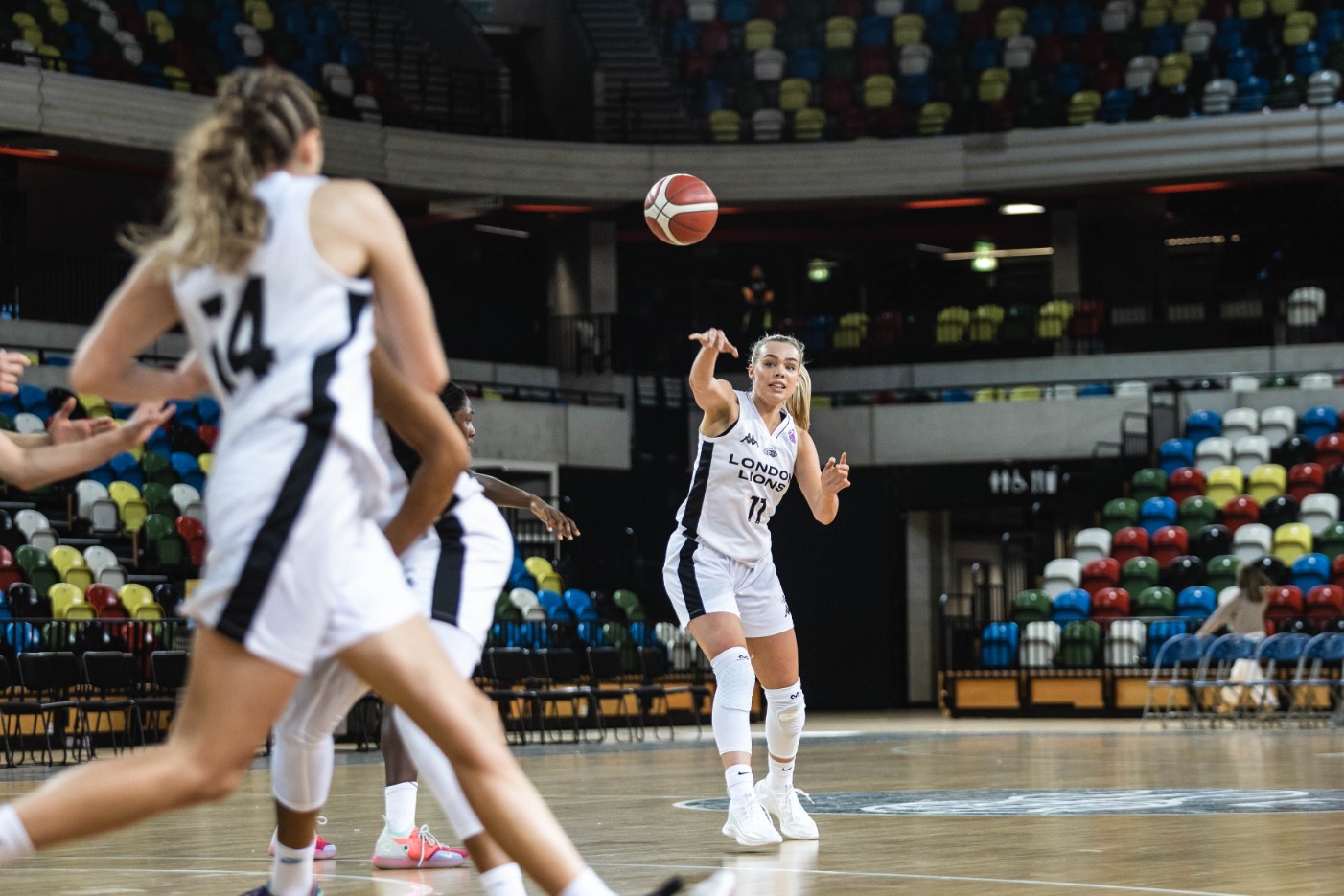 Lions need Rutronik Stars Keltern to lose at home against Zabiny Brno on Thursday and hope other  results go their way if they are to reach the knockout stage in their debut European season.

Mark Clark’s side trailed for most of the game but pulled within a single point before the group winning home side sealed the win at the foul line as London were forced to foul to stop the clock.

On a night when Clark had only eight players fit to play, with six of them sharing 190 minutes, Jo Leedham-Warner led the way for the visitors with 25 points, hitting four triples and adding seven rebounds. Azania Stewart finished with 13 points, missing a double-double by a single rebound, while captain Shanice Beckford-Norton added 12 points and five boards. Guard Aislinn Konig again led the home side with 18 points, adding six assists as Braine avenged their only loss in the group stage.

Leedham-Warner was on fire early in the game, opening with a triple off Leonard’s assist and scoring the first seven points before stealing the ball to feed Leonard to put Lions up by a point at the five-minute mark.

Beckford-Nprtpn kept London ahead by the home side moved up a gear down the stretch of the first period with a 9-0 run to lead 20-11 at the first break and Braine were still up by seven at the midway stage of the second period before Stewart sunk a jumper off Chantel Charles assist.

A block from Leedham-Warner set up Stewart to take the margin down to two, and Leedham-Warner kept the visitors within a basket before a 7-0 run put the hosts back in charge only to see Leonard’s jump shot reduce London’s deficit to 38-31 going into the locker room.

Charles opened the second half scoring with a driving lay-up but Lions failed to make any serious inroads into the hosts’ lead and Quinn Dornstauder’s lay-up took the margin out to 15 with four minutes gone.

Four points from Leedham-Warner and three-from-four foul shooting by Beckford-Norton kept Lions in touch before a Stewart jump shot reduced the hosts’ lead to 56-48 going into the final break.

Leonard sunk a triple to open the fourth period scoring and Breen’s score from downtown made it a four point game with three minutes gone before Leedham-Warner continued the barrage from the Land of Plenty to bring Lions within a point at the 6:12 mark.

Elise Ramette and Leedham-Warner exchanged baskets and Charles’ driving lay-up ensured that London went into the final 140 seconds down only a point with another basket.

But Dornstauder hit a pair at the foul line with 2:16 on the clock and Leonard could only split a pair at the line and the hosts sealed the win with a Valeriya Berezhynska free throw to leave Lions nervously waiting other results to see if they progress to the play-offs.