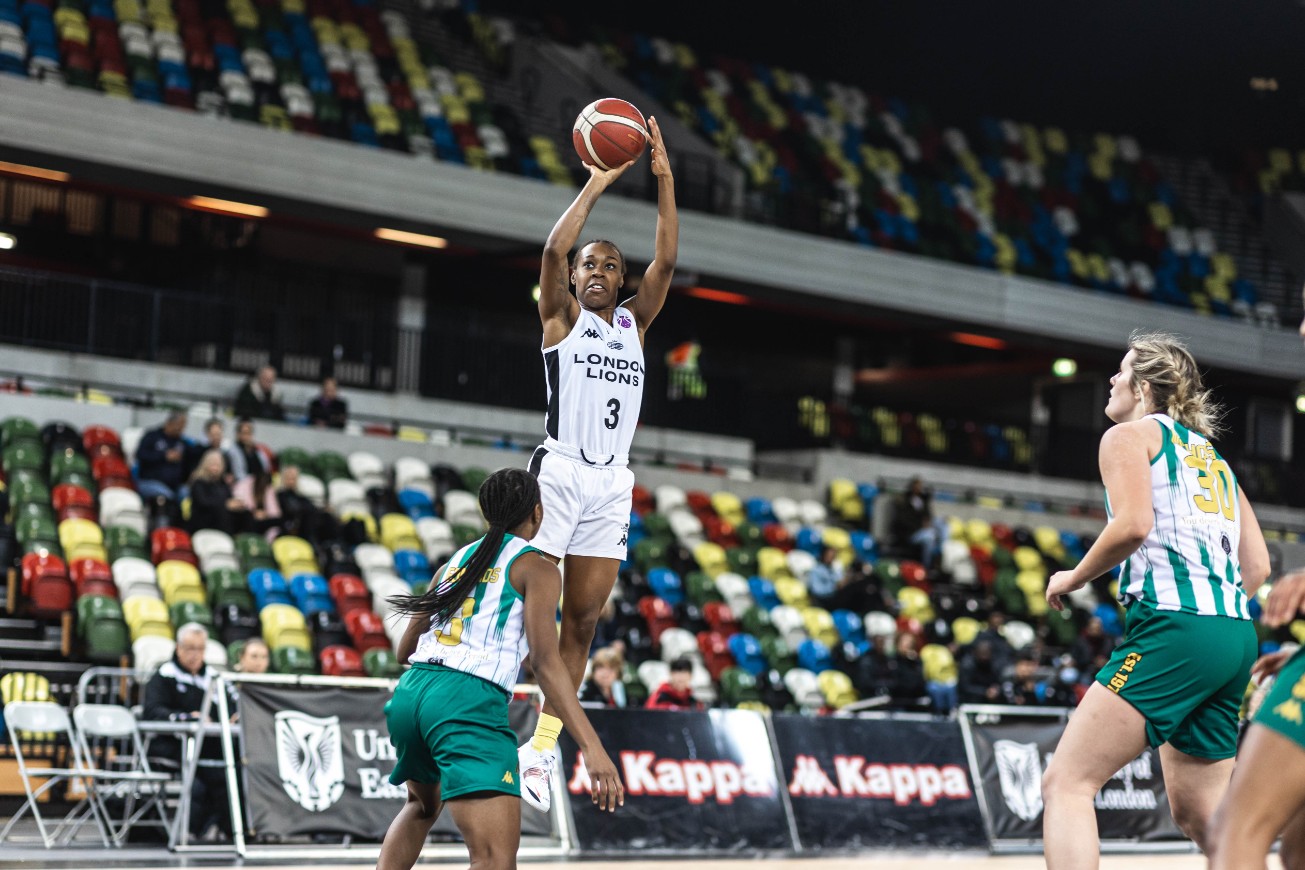 London Lions maintained their perfect WBBL Championship season with a 116-82 crushing of Nottingham Wildcats at the Copper Box at Sunday lunchtime.

The visitors matched Mark Clark's team in the opening period but blew them away with a 35-19 second quarter to collect a seventh straight league win.

Cassie Breen had arguably her best performance of the season, coming off the bench to top score with 22 point off eight-from-ten shooting, adding three assists. She was joined on 22 points by Jo Leedham-Warner who added five rebounds and three assists while captain Shanice Beckford-Norton had 21 points, seven rebounds and four assists. Chantelle Charles added 17 points and four assists, Steph Umeh had 13 points and eight boards while Azania Stewart had 10 points and nine rebounds. Kennedy Leonard had one of her quitter games offensive with seven but dished out an impressive 12 assists as Lions finished with 30 assists as a team.

Coach Clark was able to give his depleted roster a good spread of court-time, with on one playing more than 29 minutes, and youngster Nicholle Lavinier getting nearly a quarter of action. Jahnae Gyles led the visitors with 26 points while Kennedy Nicolas had a 21 point, 14 rebound double-double.

Charles opened the scoring and Lions controlled the early play as Beckford-Norton's drive to the basket put they 16-8 up after five minutes. But as the home team relaxed Wildcats fought their way back into the game as Pannell's free-throws capped an 11-3 run to tie the game at 19 going into the final two minutes and despite Breen's triple putting Lion back ahead, Nicholl's lay-up leveled the score at 23 heading into the first break.

Gyles split a pair of free-throws to open the second period but that proved to be as good as it got for the visitors as Breen hit a triple and then a lay-up to give Lions a lead they would never lose. Five straight points from Leedham-Warner followed by another Breen trey put London up by 16 with four first half minutes remaining and although Nottingham took the lead briefly back down to single figures, a Leonard triple helped the hosts lead 56-42 at half-time.

Stewart scored a pair of baskets to keep Lions comfortably ahead early in the second half and a comeback never looked likely as Leedham-Warner'a score from downtown out to 72-54 midway through the third period. Charles continued to enjoy her in the Land of Plenty as she hit back-to-back triples of Leonard assists to take the lead above 20  while Umeh converted an old fashioned three point play to send Lions into the final break with an 87-62 lead.

Leedham-Warner hit five straight points to open the fourth period and Breen hit another triple to take the lead past 30 with two minutes gone, The century mark came with 4:48 remaining, almost inevitably with a Breen three pointer and it was Beckford-Norton who wrapped up their scoring as Lions continued their winning streak.