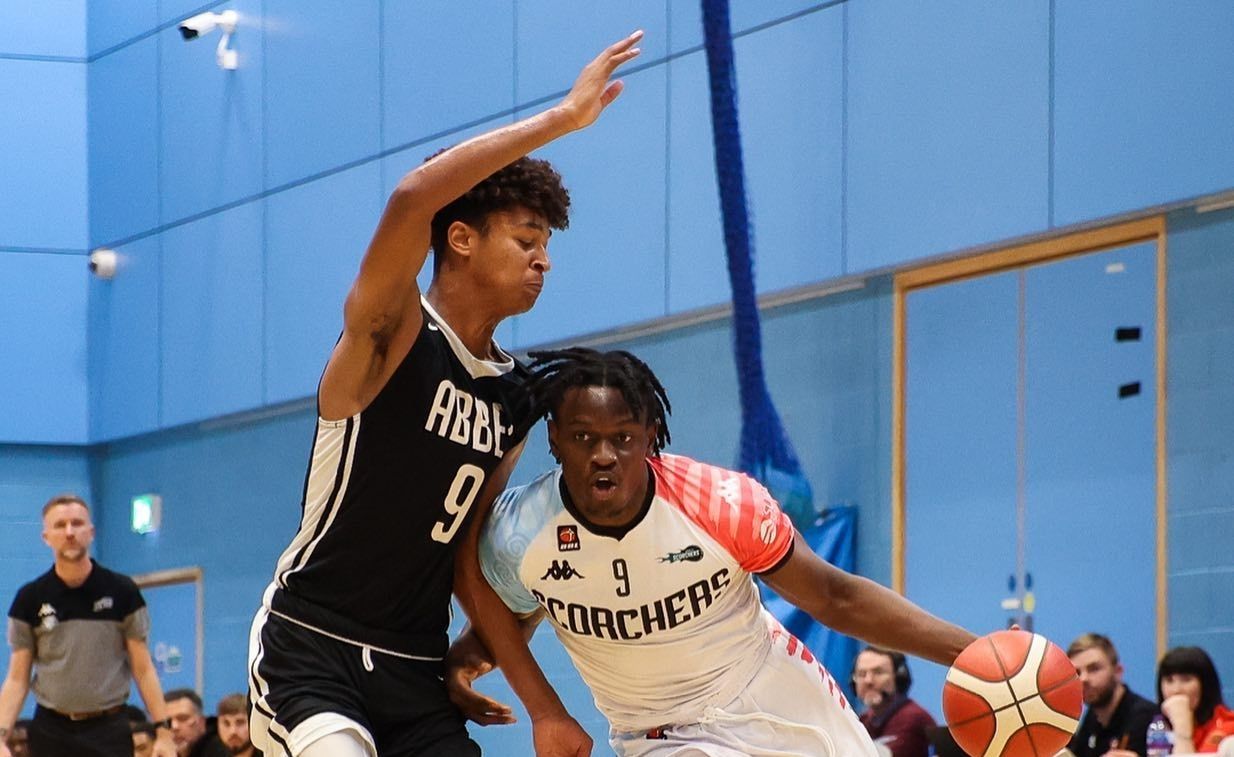 London Lions pulled off one of the biggest shocks in BBL history as they won 86-85 at Surrey Scorchers on Friday evening.

With their first team unable to fulfill the BBL Cup fixture due to Covid-19 protocols following their FIBA Champions League qualifier in Italy, Lions sent their Division One team to play the fixture and they shocked the hosts with a comeback win.

James Vear's young side trailed by as many as 12 in the third period and were still down by nine heading into the final quarter but after Martelle McLemore had given Scorchers a one point lead with seven seconds on the clock, Zamoku Welche was fouled by Dean Wanless and the University of East London student calmly sunk both free throws to seal a famous win.

Jase Harrison led the visitors with a 24 points and ten steals, adding seven rebounds and as many steals, while Welche added 19 points, five boards and four blocks. Bradley Kaboza finished with 21 points and seven rebounds, with Brandon Tchouyachipping in with 18 points. Tayo Ogedengbe led Scorchers with 24 points.

Coach James Vear couldn't hide his joy after the win: "It was an incredible performance, especially as we had such short notice we were playing" he said. "We only knew 24 hours before the game, we called a team meeting and told the guys they were playing. I could see how excited they were and maybe only having a short preparation time helped because they didn't get nervous.

"We got off to a good start, which I think was key because our heads might have dropped in we trailed, but we took it from there and even when we were 12 down in the third period we kept our heads. I told the guys that Surrey would tire, and our players were definitely fresher in the fourth period. We've set a standard for ourselves now, whatever happens at Solent today, we've showed what we're capable of."

Vear had praise for game-winner Welch: "Zamoku had an incredible game, he's only 17 but he's a huge talent and I fully expect that he'll play for GB senior men. To step up and hit those free-throws showed real maturity. Jase was brilliant. It's hard to believe he's ever had a better game, he was close to a quadruple-double and as our captain he led by example.

"I should also mention Bradley. I've always been a fan of his since his Myerscough days and it was great to sign him. He brings toughness and grit, and plays with a chip on his shoulder. But everyone did incredibly well, we'd love the chance to do it again as we proved ourselves. The three guys who didn't get to play will start against Solent and whatever happens we proved how good we can be on Friday."

Welch's trey opened the scoring for Lions, and there was little to choose between the teams in the first quarter as a pair of Kaboza free-throws tied the game at 20 heading into the first break.

Harrison hit a triple to give Lions a two point lead with 3:25 left in the second period and although the hosts replied with an 11- run, Kaboza drained from downtown to cut the deficit to 41-40 at half-time.

Tchouya's and-one gave Lions the lead with the first score of the second half, but Scorchers controlled the third period as they outscored the young visitors 29-21 to lead 71-62 at the final break.

Scorchers were ahead by 11 heading into the final five minutes before six Tchouya points and four from Welche saw Lions go on a 10-0 run to set up the grandstand finish.