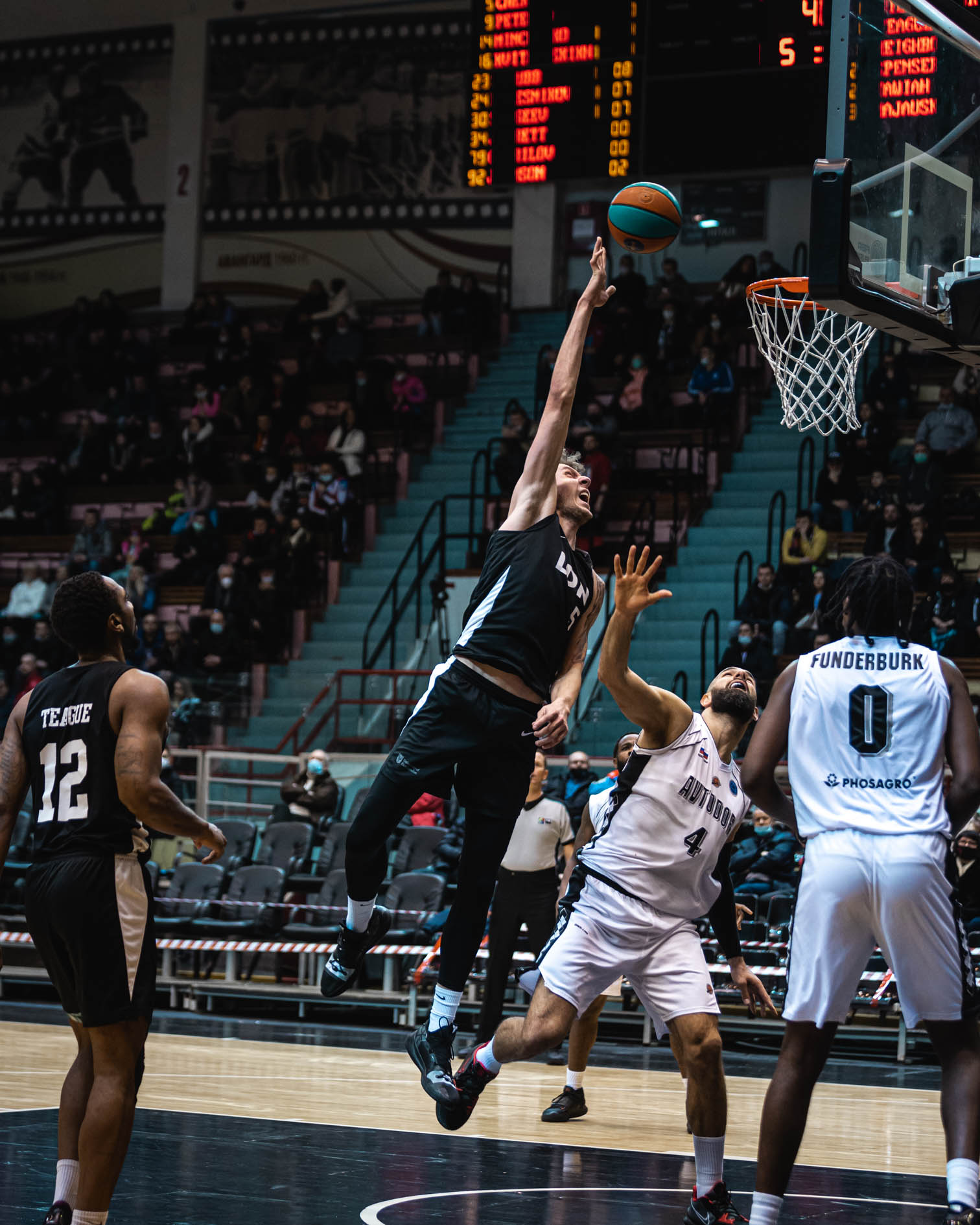 London Lions went agonisingly close to pulling a shock win at Avtodor Saratov before going down 84-81 on Saturday.

For the second straight game Phil Scrubb drained a late three-pointer to seal a FIBA Europe Cup victory for the Russian League leaders.

It was a heart-breaking loss for Vince Macaulay’s side as they had overcome a difficult first half to take the game down to the wire.

Kylor Kelley led the way for the visitors with a massive 22 point, 12 rebound double-double while Marquis Teague also had a big night with 12 assists to go with his 21 points. Dirk Williams drained three triples on his way to 15 points and seven boards, while Julian Washburn added 11 points and four rebounds.

A four point Scrubb play helped Saratov rush into a 7-0 lead before Washburn went three-from-three at the foul line to get Lions off the mark.

Williams was on fire early in the game as he drained three straight triples to make it a one point game after three minutes of action but although Williams again kept the visitors within a point, the Russians finished the quarter strongly, scoring the final six point to lead 32-25 at the first break.

Teague opened the second period scoring before the hosts reeled for eight straight points to take a 40-27 lead after two and half minutes.

Kelley broke the run at the foul line and with Washburn hitting a trey and Kelley dunking, Lions hit eight straight points before Teague’s triple made it a two-point game midway through the quarter.

Williams grabbed an offensive rebound before converting a lay-up to tie the game at 40 with 2:40 on the clock and a Kelley and-one gave Lions their first lead of the game before Anton Kvitkovskikh’s jump  shot gave the hosts a 43-42 half-time lead.

Scores from Teague and Aurimas Majauskas saw Lions take an early three point lead in the second half, and the third period saw little between the two teams before Jaron Jackson hit a pair of free-throws to give the hosts a 62-60 lead at the final break.

Teague opened the fourth period to give Lions the lead and Teague kept his side on level terms with 7:23 on the clock before Scrubb and Washburn exchanged triples to keep the score tied

Kenny Chery’s trey saw Saratov take a three point lead into the final three minutes but Teague drained from the Land of Plenty to again tie the game with two minutes on the clock.

Kelley grabbed Williams’ miss and converted from close range to put Lions 79-77 up with 89 seconds left but Johnson tied things again almost immediately before providing the assist for Scrubb to drive to the hoop.

Williams’ assist saw Kelley tie the game with 26 clicks left but he missed the and-one opportunity.

Johnson grabbed the rebound from Kelley’s miss before the hosts ran 14 seconds off the clock before Scrubb hit what proved to be the game winner, and Teague’s triple rimmed out as Saratov held on for the win.