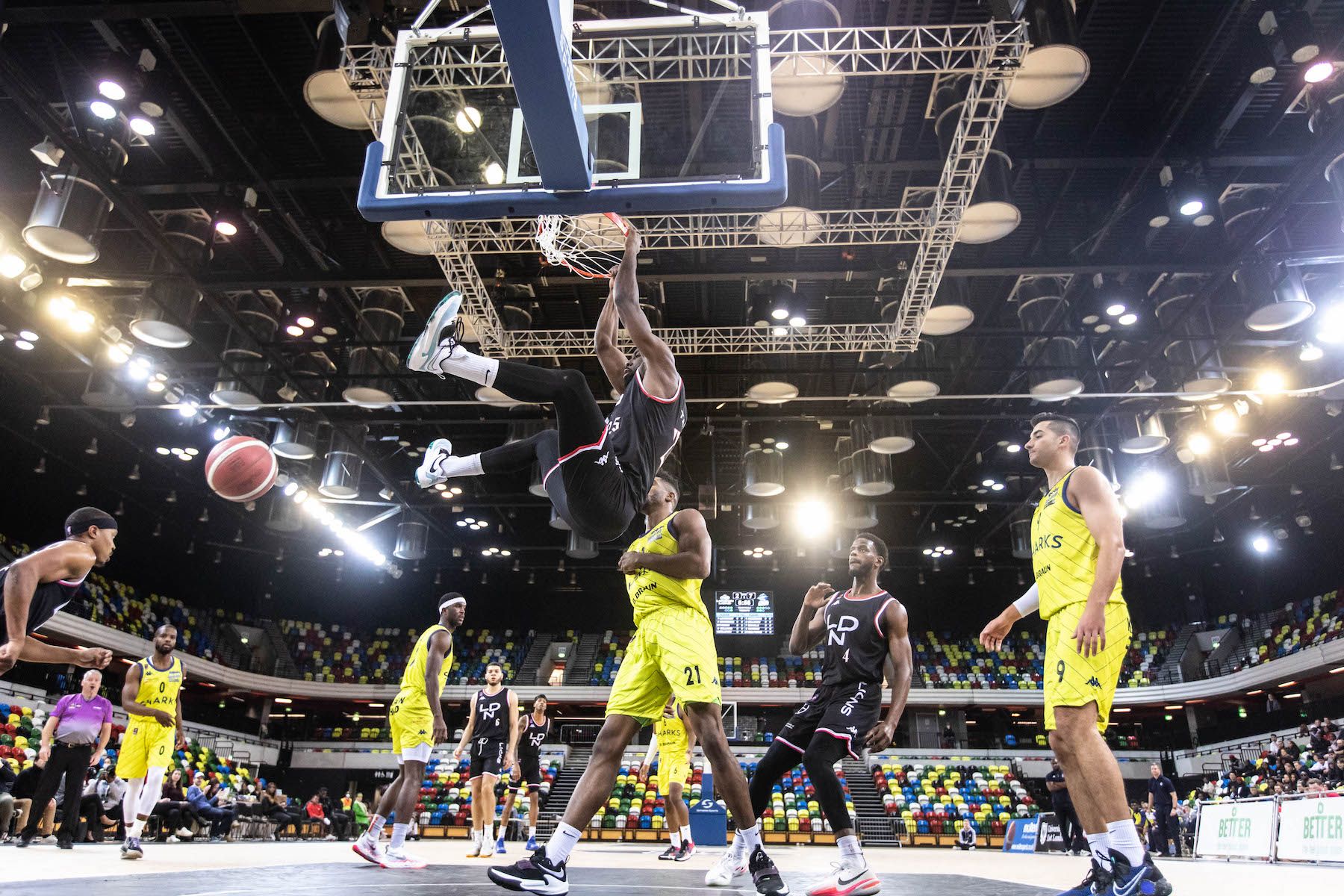 A dominant third quarters paved the way for London Lions to reach the BBL Cup semi-final with a 100-68 home victory against B.Braun Sheffield Sharks on Saturday.

Lions won all four periods but it was a 27-9 third frame that ended the contest and set up a last four tie at Leicester Riders.

Lorenzo Gugini led Lions for the second time in the competition this season, hitting five three-pointers on his way to a 28 point, six rebound evening. Dirk Williams continued his fine form with 22 points, while Jordan Williams had a 14 point, 11 rebound double-double.

Lions’ coach Vince Macaulay was able to rest Isaiah Reese but Justin Robinson continued his comeback from injury by coming off the bench to dish out an impressive eight assists to go with his 11 points. Jonathan Williams and Rodney Glasgow led a Sharks side who were out-rebounded 48-38.

There were few signs of the rout that was to follow as Sheffield scored the first seven points before former Shark Dirk Williams got the hosts off the mark with two minutes gone.

It was a Dirk Williams triple that tied the score at 11 before Robinson also drained from downtown to put Lions 14-11 up with 3:10 on the clock and the hosts never trailed again as they went into the first break leading 22-16.

Cugini scored Lions’ first two buckets of the second period before Julian Washburn’s lay-up took the lead into double figures with three minutes gone.A pair of Cugini triples kept London comfortably ahead before Dirk Williams buried a trey to send the home side into the locker room with a 46-34 lead.

Jordan Williams’ dunk opened the second half scoring, but it was Andre Lockhart’s triple that launched a frenetic last six minutes of the third period as Washburn, Jordan Williams, Dirk Williams and Robinson all had three point plays as Lions closed out the quarter on an 18-5 run to lead 73-43 at the final break.

Cugini drained another three triples in the fourth period before Robinson brought up the century mark with a trey to complete Lions’ six double-digit win in the competition.