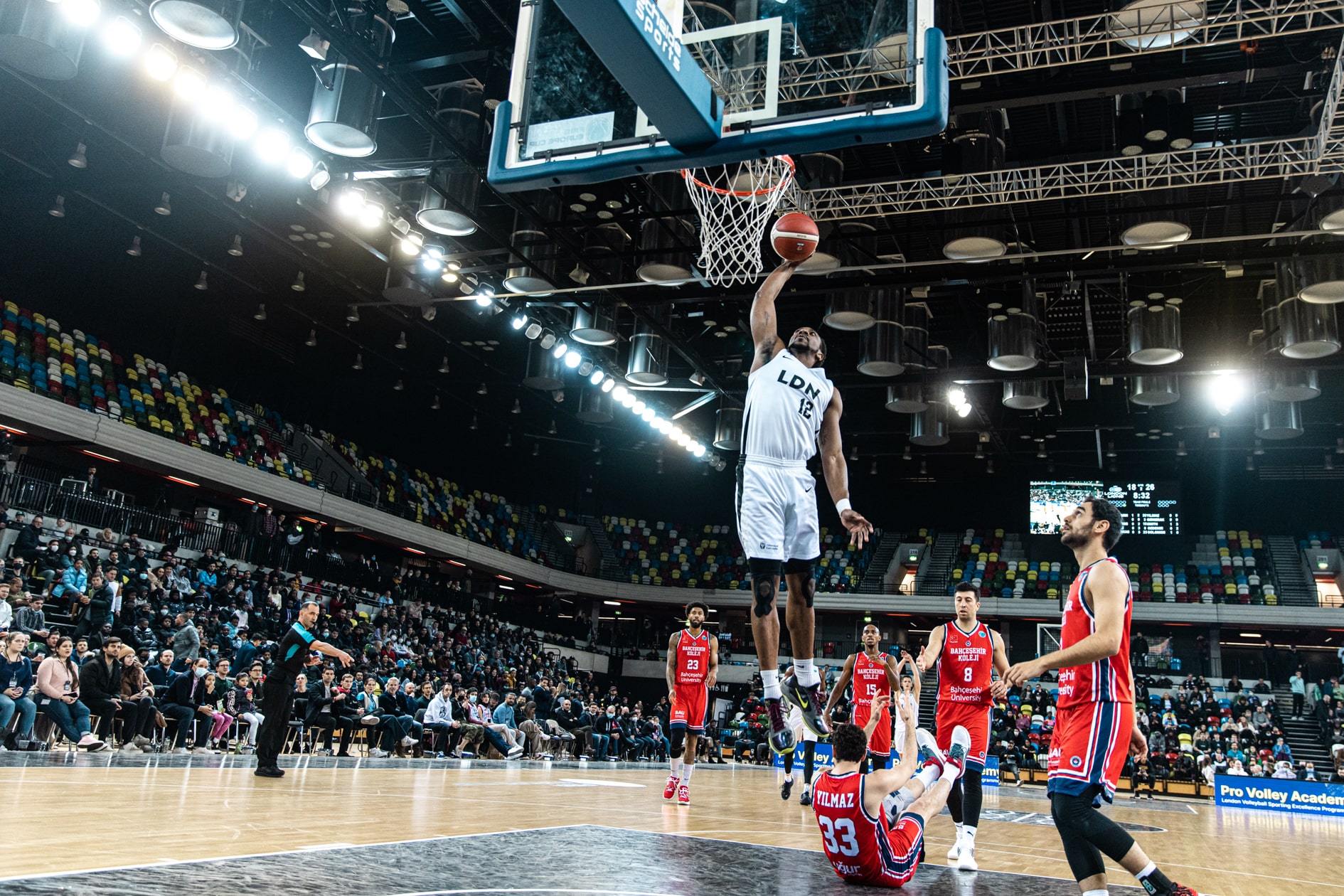 James Vear’s side never got over a double-digit deficit in the first period but make the Turks fight all the way  for the rest of the game before they wrapped up their third win in Group L and moved a step closer to the knockout stage.

Isaiah Reese had another big night for the Lions as he finished with 19 points, seven rebounds and six assists in 36 minutes. Marquis Teague overcame a difficult shooting night to finish with 17 points while Kylor Kelley added a couple more highlights to his reel on his way to a seven point, 11 rebound night.

The visitors were led by Langston Hall’s 16 points while Jamar Smith had an impressive 11 assists to go with his ten points as the visitors assisted on 24 of their baskets.

The visitors won the tip but saw Oguz Savas called for a pair of offensive fouls before Reese opened the scoring with an and-one. The visitors replied with a 12-3 run - Aurimas Majauskas hitting a trey for Lions – and despite the introduction of Dirk Williams immediately paying dividends with a lay-up, Jamal Jones’ dunk forced a time-pout from Vear with his side trailing 16-8 with seven minutes gone.

The move paid off as Reese completed his second three point play of the game but a pair of triples put the visitors further ahead before Julian Washburn’s lay-up kept Lions in the game as they reached the first break 24-13 down.

A nice move saw Marcus Teague cut to the basket to reduce the arrears with the first score of the second period before Majauskas scored off Williams’  assist, before Williams’ drive and dunk got the crowd on their feet to make it a six point game.

Reese drove to the basket after a Justin Robinson to keep Lions within seven with three first half minutes remaining. But the Turkish side locked the hosts down after that as they added five points to go into the locker room 38-24 ahead.

A turnaround jump-shot from Reese opened the second half scoring for Lions before Majauskas drained a triple to make it a ten point game and Washburn woke the crowd up with a dunk before he provided the assists for Teague’s triple.

Bahceshir called a timeout and Reese saw his three-pointer rim out before Kartal Ozmizrak completed a three-point play at the other end to see the visitors’ lead go into double figures again.

Reese continued torment the visitors’ defence with back-to-back scores, including a lovely step back before Kylor Kelley’s mid-range jump shot made it a seven point game midway through the third period.

Kelley converted an alley-oop off Reese’s assist as the visitors’  lead hovered around the ten point mark before a lovely baseline drive from Teague saw him flip the ball over his head before converting the three point play.

Reese’s buzzer beating attempt drew iron as Lions went into the final break 55-45 down and Teague’s reverse lay-up  made it an eight point game with the first score of the fourth period.

But the visitors replied with six unanswered points to stretch the lead to 61-47 before Vear used another timeout with six minutes remaining.

Washburn buried a triple out of the break before a great Kelley was followed up by him dunking from Reese’s assist. Reese’s transition three off Teague’s assist ignited the crowd but Lions couldn’t stop the Turks at the other end and Langston Hall’s triple effectively ended the game as a contest with the visitors leading 73-57 with 2:31 on the clock.