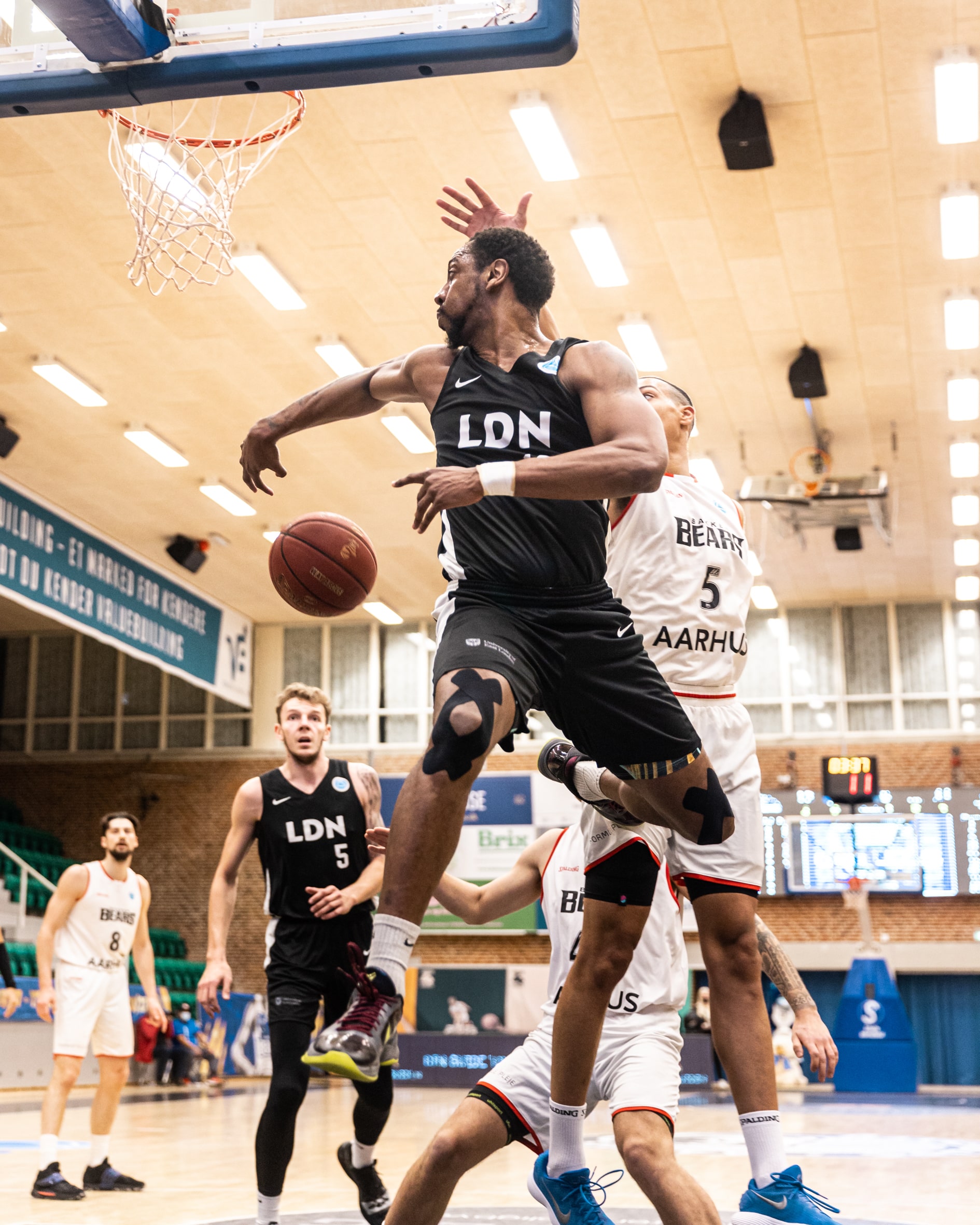 London Lions’ hopes of progressing to FIBA Europe Cup quarter-finals are hanging by a thread following a 95-80 defeat against Danish side Bakken Bears on Wednesday evening.

Vince Macaulay’s side head into a three game home run in the competition with an 0-3 record following Wednesday night’s loss, and they will need to win all of those games if they are to stand any chance of reaching the knockout stage.

Isaiah Reese marked his return to action with an 18 point, eight assist haul, while Aurimas Majauskas impressed for Lions as he also  finished with 18 points before fouling out in just under 30 minutes. Julian Washburn added 16 points, missing a double-double by a single rebound while Dirk Williams hit three treys on his way to 11 points. Darko Jukic led the scoring for Bears with a game-high 20 points, seven rebounds and five assists as the hosts out-rebounded Lions 48-36.

Lions started well as a pair of Majauskas baskets followed by a Kylor Kelley lay-up saw them rush into a 6-0 lead, only to see Marvelle Harris cap and 8-0 run as the hosts took their first lead of the game.

The rest of the opening period proved to be np and tuck before the hosts finish strongly to lead 20-15 at the first break but Williams’ triple off a Lorenzo Cugini assist saw them move within two points after 90 second quarter seconds.

Majauskas reduced the arrears to a point off Marquis Teague’s assist with just over three minutes gone and Washburn’s trey off a Reese assist kept the margin the same midway through the quarter.

But Jukic’s trey put the hosts back ahead and despite Teague’s late basket the hosts went into the locker room leading 44-37.

Reese made it a five point game with the first score of the second half but a 14-5 run from the hosts saw them lead 58-42 after four minutes, forcing a timeout from Macaulay. Majauskas hit a pair of baskets to keep Lions in the game.

Jarred Ogungbemi-Jackson and Washburn exchanged triples but despite Reese also scoring from downtown, Lions trailed 69-59 heading into the final period.

Harris hit back-to-back baskets to open the fourth quarter and despite a triple from, Williams the hosts’ lead never dipped into single figures as they closed out the win.