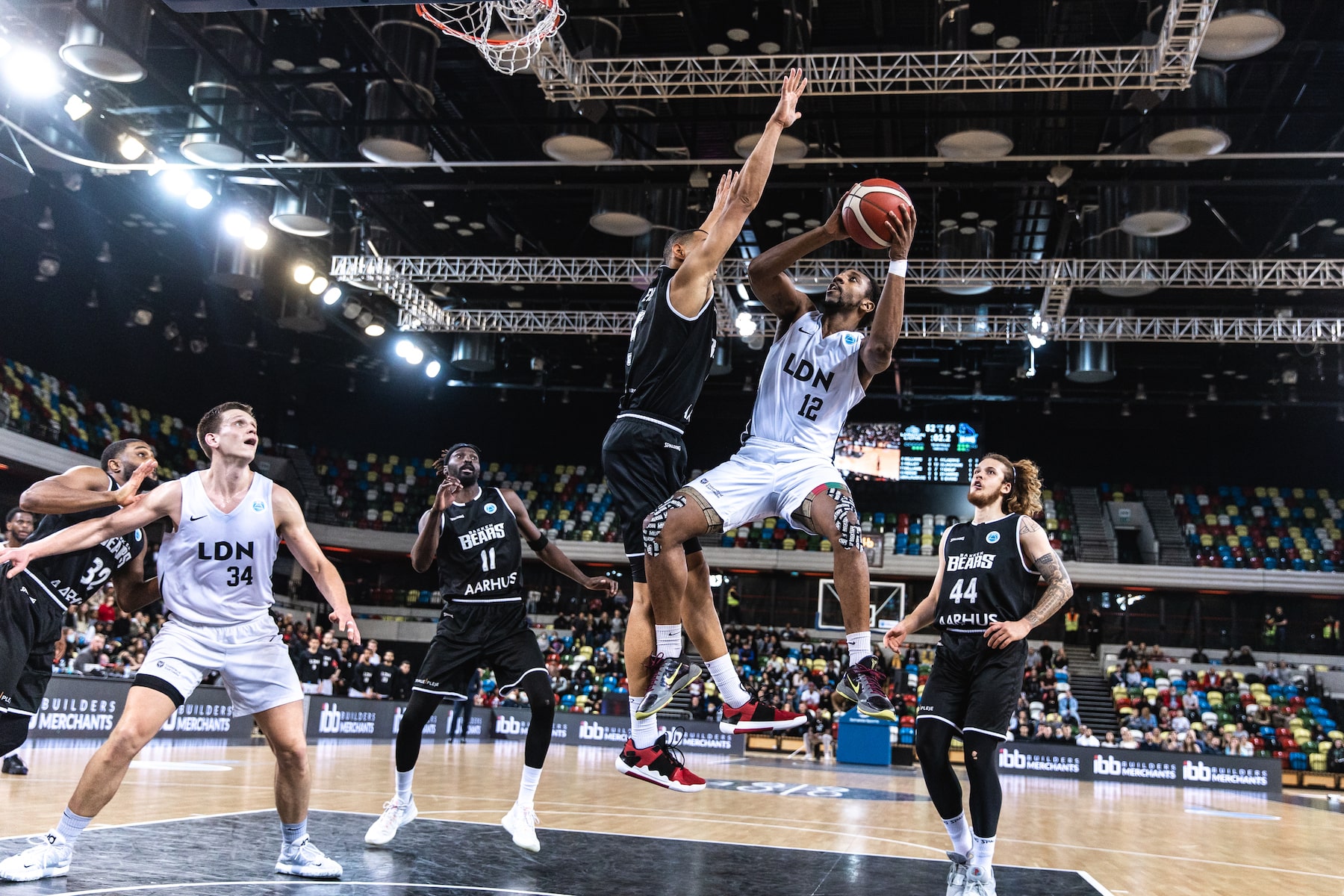 A stunning second half performance saw Lions wrap up their 2021/22 FIBA Europe Cup campaign with an 82-75 victory against Bakken Bears.

A slow start from Lions saw them trail by 14 at half-time before taking control in the final minutes of the third period A manic first five minutes saw 28 points but remaining 15 minutes of the first half saw just 40 added to the total score before the game exploded into life in the second half.

Jarred Ogungbemi-Jackson led the Bears with 15 points, six rebounds while Ryan Evans had eight boards to go with his 13 points.

Reese finished with a 13 point, 11 assist triple-double while Williams five triple ignited the crowd as he finished with 23 points off nine-from14 shooting. Kylor Kelley had some huge dunks in his 16 points – adding five rebounds and three assists – while  Marquis Teague added 15 points and six assists

Bears won the tip and Tylor Ongwae hit a triple to open the scoring. Teague grabbed an offensive board and scored from close range to get Lions off the mark but it was the visitors who started at a pace as Ongwae again hit a triple to give his side a 13-4 lead and force a timeout from Vear with just under three minutes gone.

Reese looked to have got Lions moving with a triple only to see Teague curiously called for an unsportsmanlike foul , and a despite a massive block from Kylor Kellet followed by a pair of Teague free throws after a hard foul had incurred the wrath of Vear and his bench, Lions trailed 19-11 after five minutes.

A pair of Kelley dunks got the fans on their feet and made it a four-point game to force a Bears timeout with 2:39 on the clock and the move worked as the Bears scored the final four points of the frame to lead 25-17 at the first break.

Dirk Williams opened the second period scoring for Lions and Lorenzo Cugini’s shot with his first touch of the ball kept Lions within seven before another Kelley dunk kept them it touch at 31-25 and 4:30 remaining in the half.

But Mprtpn Sarlertz’s triple took the margin back into double figures to force a Vear timeout with 3:41 on the clock and although Williams hit a long two the visitors shaded the final minutes to lead 41-27 going into the locker room.

Teague beat the shot clock to open the second half scoring for Lions after just over two minutes play before Reese and Teague got the crowd excited with triples to make it a 12 point game after five minutes of action.

Another step back three from Reese saw the lead back below ten with 4:21 on the clock and he turned provider for Kelley to cut to the basket and make it 47-40 and force a Bears timeout.

Washburn’s drive and dunk kept the run going before Williams really made the Box rock with a triple to cut the deficit to two. Another Kelley dunk kept Lions rolling on and although Ogungbemi-Jackson dunked at the other end Kelley smashed down two big dunks to cut the deficit to one heading into the final 80 seconds of the period.

Lions forced a 24 second violation  before Washburn’s triple off Willams assist gave Lions their first lead of the night and almost brought the house down. That lead was doubled as Teague drove for a layup to end the period with Lions holding a 54-50 lead.

Williams cut inside to make it a six-point game with two minutes of the fourth period gone, and he continued his three point onslaught to make the score 63-56 at the seven minute mark before hitting another from downtown to five London a double-digit lead.

There was simply no stopping Williams as he blasted his fourth triple to force Bears into another timeout with the hosts leading 71-58 and 4:35 on the clock. Williams made it five-from-seven from downtown

Bears replied with six unanswered points before Reese got the scoreboard moving again and the teams went into the final 90 seconds with Lions holding an eight point lead. Kelley’s layup took the led back out to ten.

Ogungbemi-Jacksonhit all three at the charity stripe after Kelley’s foul before Onwae cut the hosts lead to five, causing Vear to call a timeout with 27.4 seconds on the clock.

Bears had three fouls to give before Reese provided the pass for Kelley to score and wrap up a memorable night for the Lions.