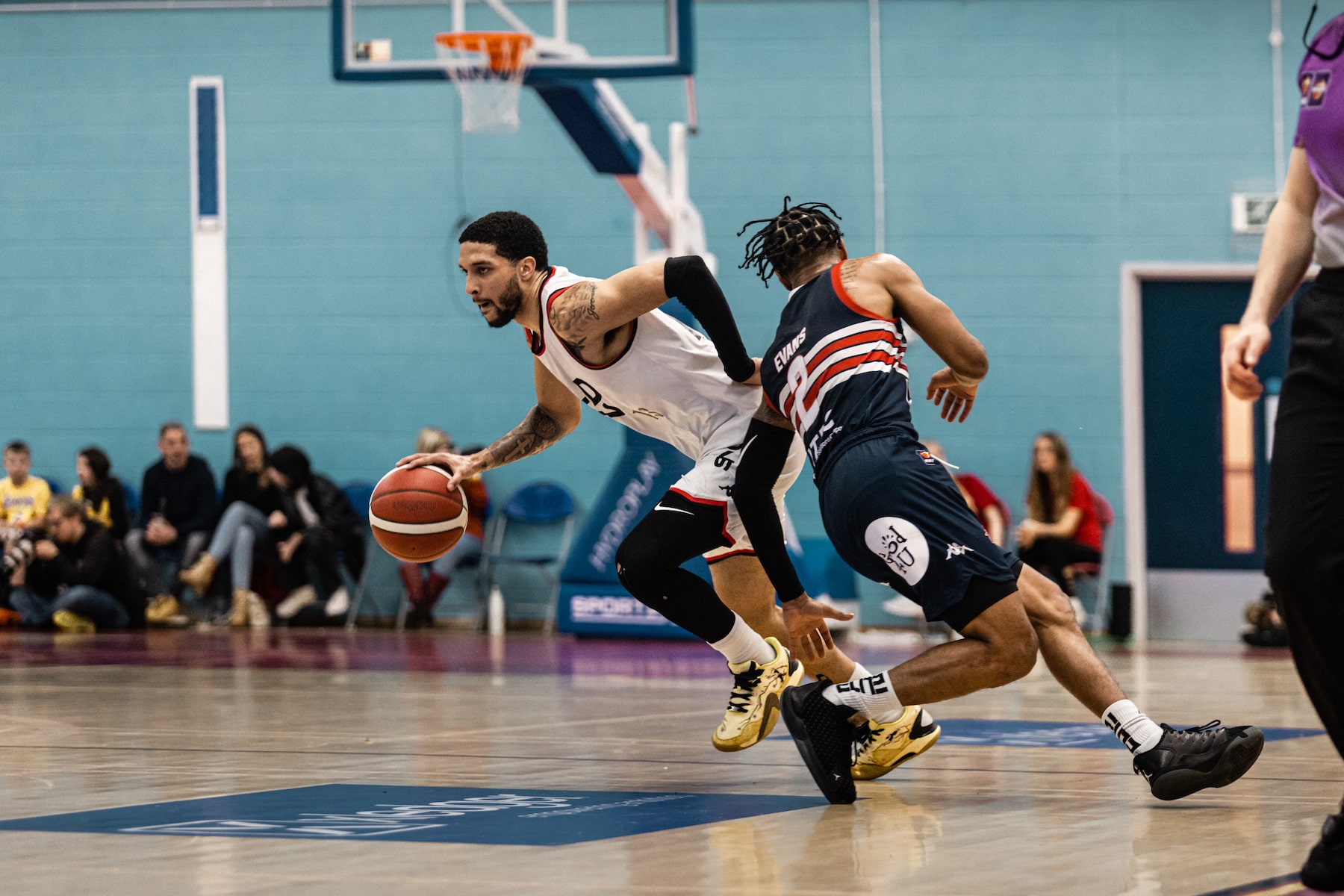 Lions have one foot in the BBL Trophy final following an emphatic 81-61 victory at Bristol Flyers, on Saturday evening.

James Vear’s team did most of the damage in the fourth period as they built on a 54-47 lead to take a 20-point advantage into the second leg at the Copper Box on Wednesday March 9.

Dirk Williams again led the London team with 17 points and eight rebounds while Lorenzo Cugini came off the bench to drain five three pointers, finishing with 17 points in just 21 minutes of action. Isaiah Reese finished with a massive 13-point, 14 assists double-double, Josh Ward-Hibbert continued his good form with 13 points, and Julian Washburn pulled down a huge 15 rebounds. Malcolm Delpesche led Flyers with 20 points, missing a double-double by a single board but Andreas Kapoulas’ team have a mountain to climb if they are going to deny Lions a trip to Glasgow in late March.

A pair of Kylor Kelley dunks helped Lions into an early 6-5 advantage before a Williams three-point play followed by a dunk gave Lions a lead they would never lose.

Chris Tawaih joined in the dunk-fest before Cugini got hot with a pair of triples and Ward-Hibbert’s lay-up sent the visitors into the first break with a 22-17 lead.

Williams scored from the Land of Plenty to open the second period and he converted another from downtown to give Lions a double-digit led with 3:42 remaining in the first half.

A 9-1 run saw Bristol make it a two-point game heading into the final minute of the half but a four-point Ward-Hibbert play from Reese’s assist sent the visitors into the locker room with a 39-33 lead.

Reese hit a triple to open the second half before Ryan Martin took the lead back into double-digits after three minutes. Delpeche’s dunk launched a 6-0 as the hosts made it a three point game heading into the final three minutes of the third period but Cugini and Reese answered with triples as Lions took a seven point lead into the final break.

Williams opened the fourth period scoring before Cugini made it a 12-point game with another triple before Reese kept the lead in double figures with a pair of free-throws and a trey of his own.

Another Cugini three-pointer pushed Lions’ lead out to 67-53 with five minutes remaining before three-point plays from Ward-Hibbert and Washburn saw the margin grow to 22. Washburn and Cugini continued their three-point onslaught as Lions wrapped up a big win and moved closer to the title game. 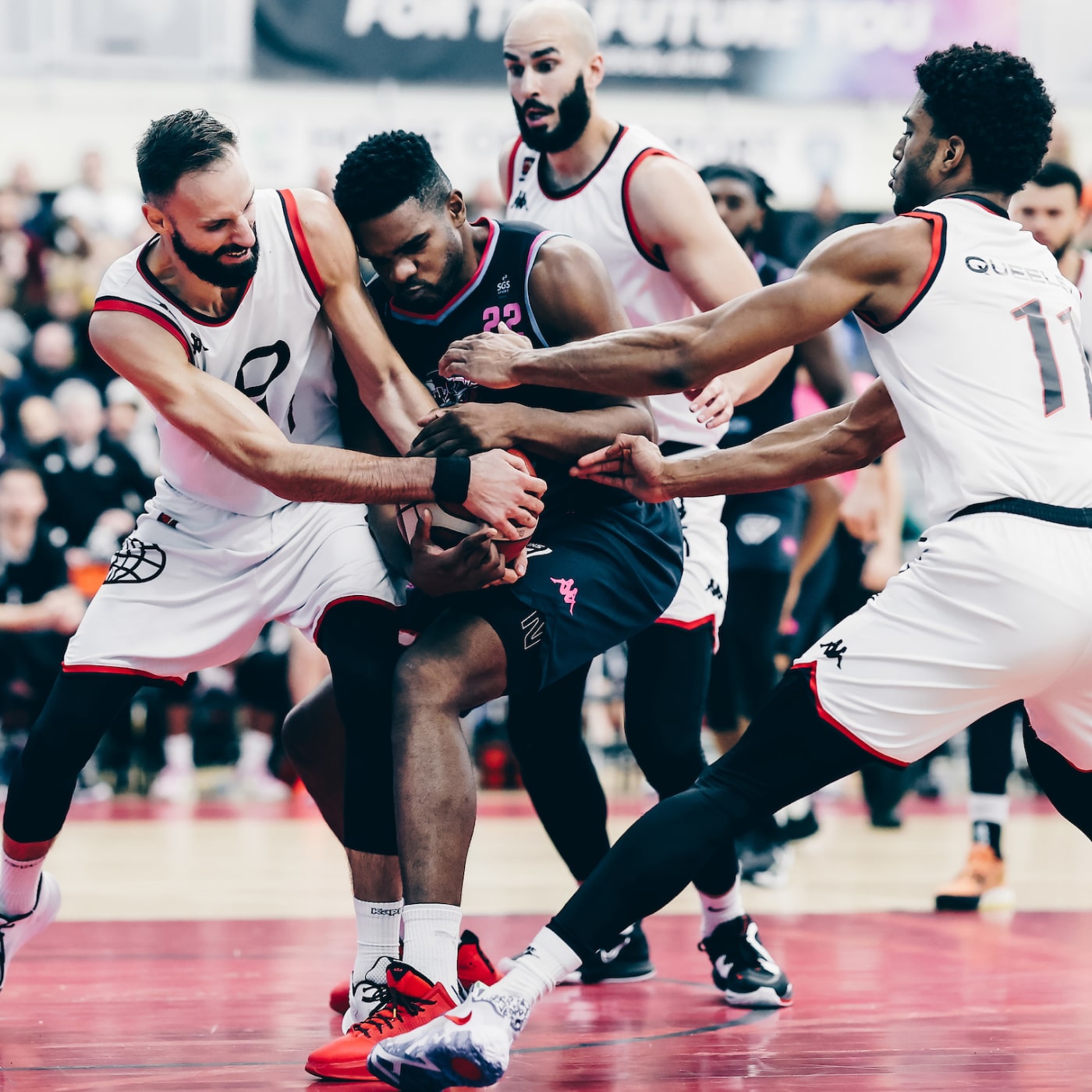 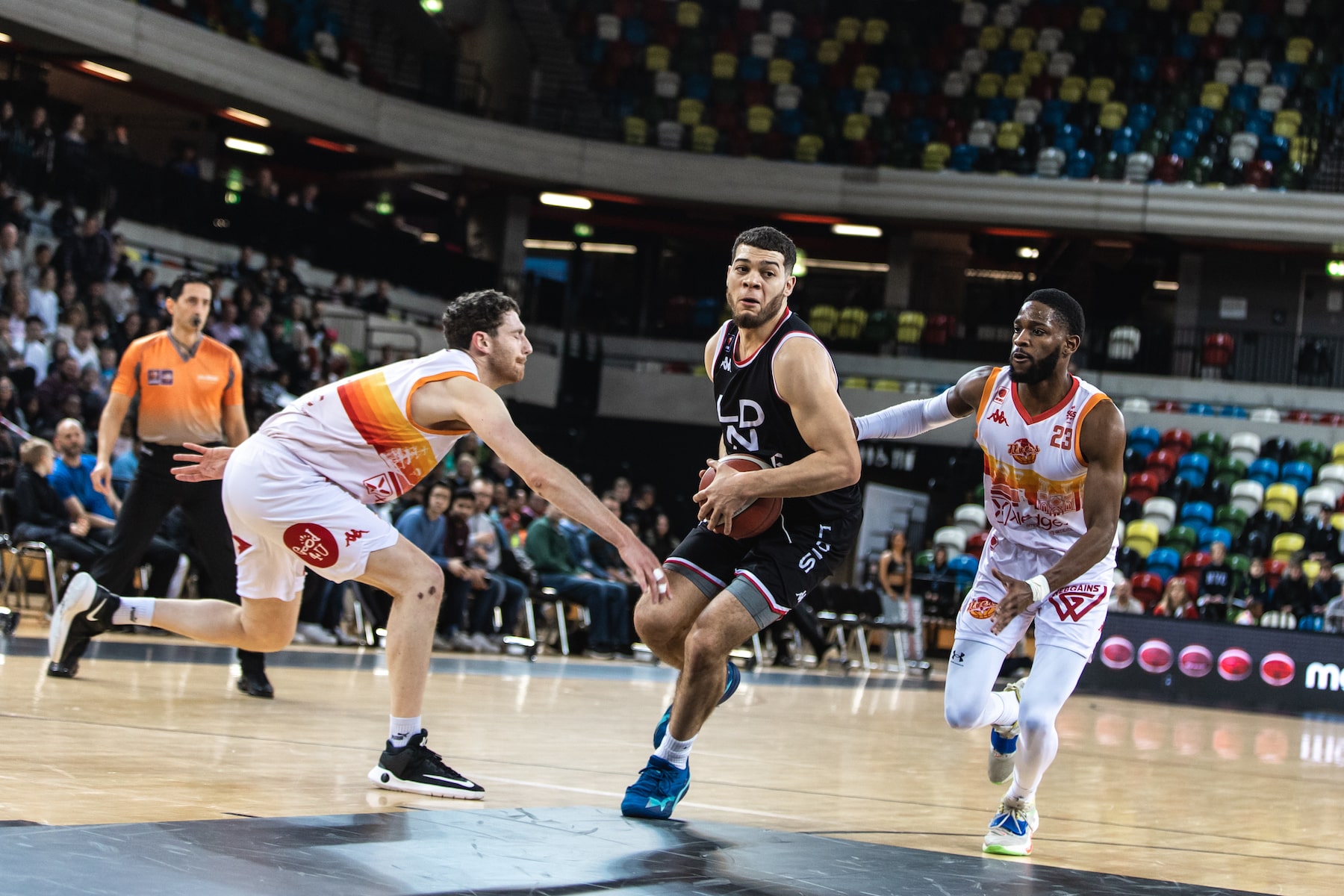 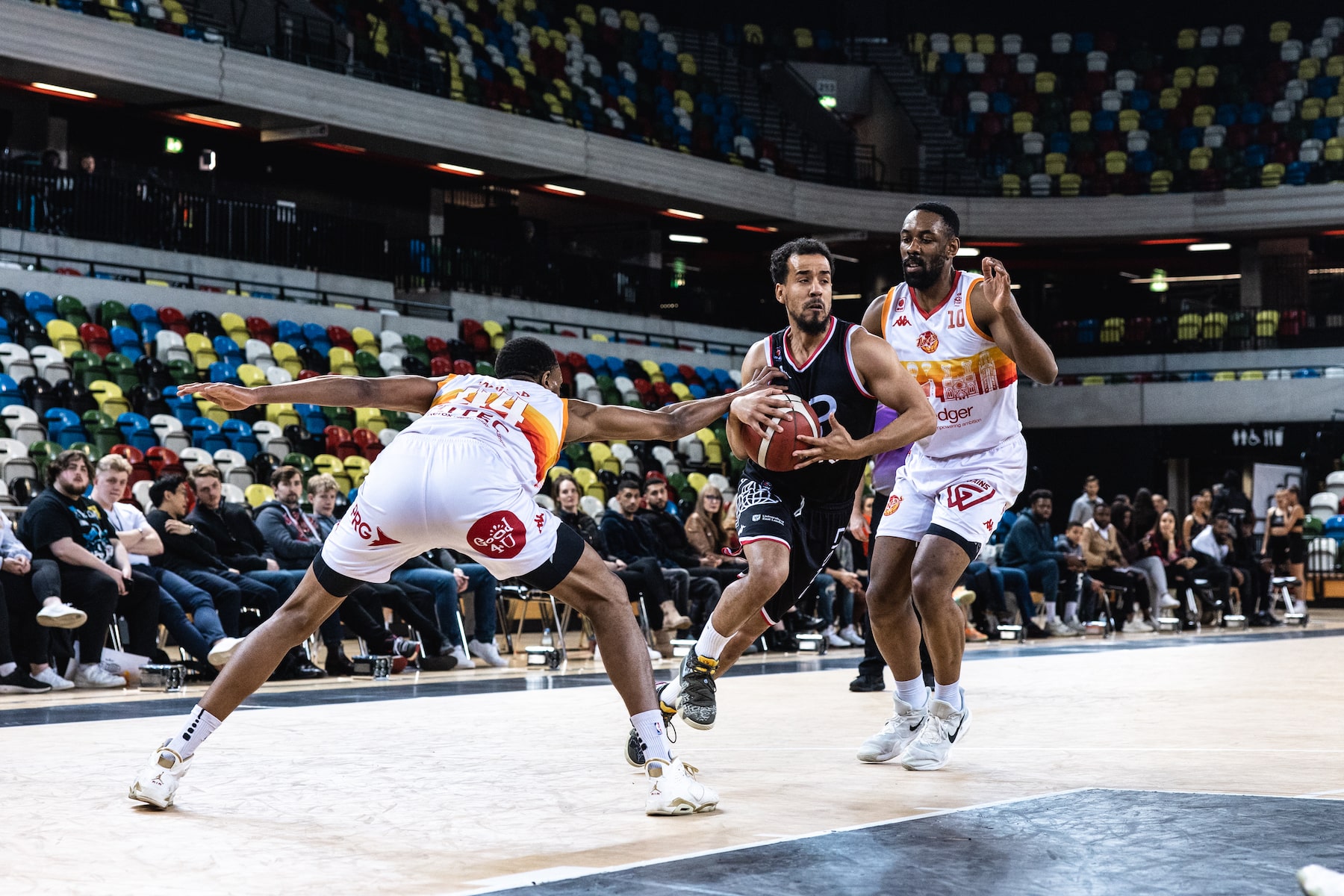 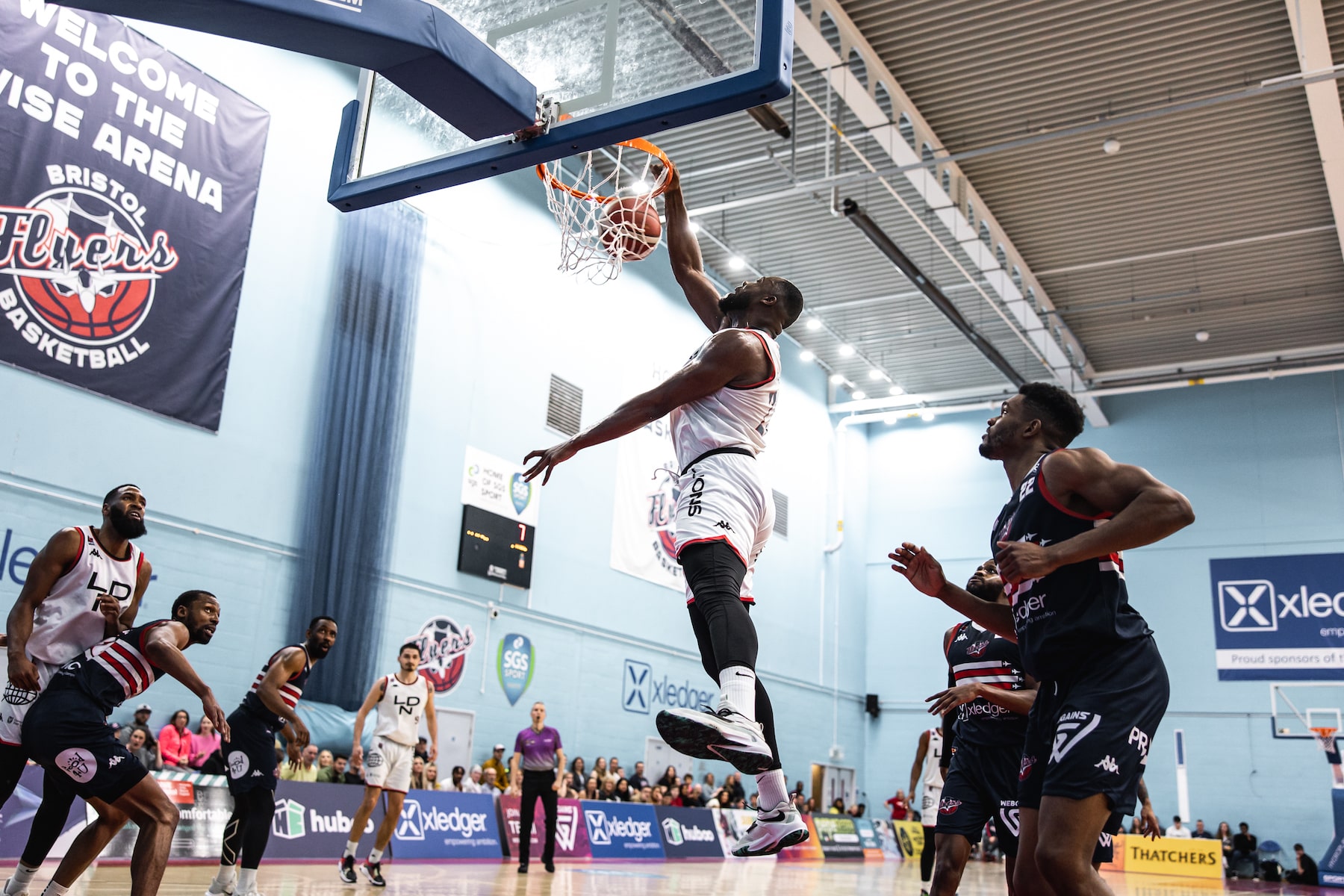