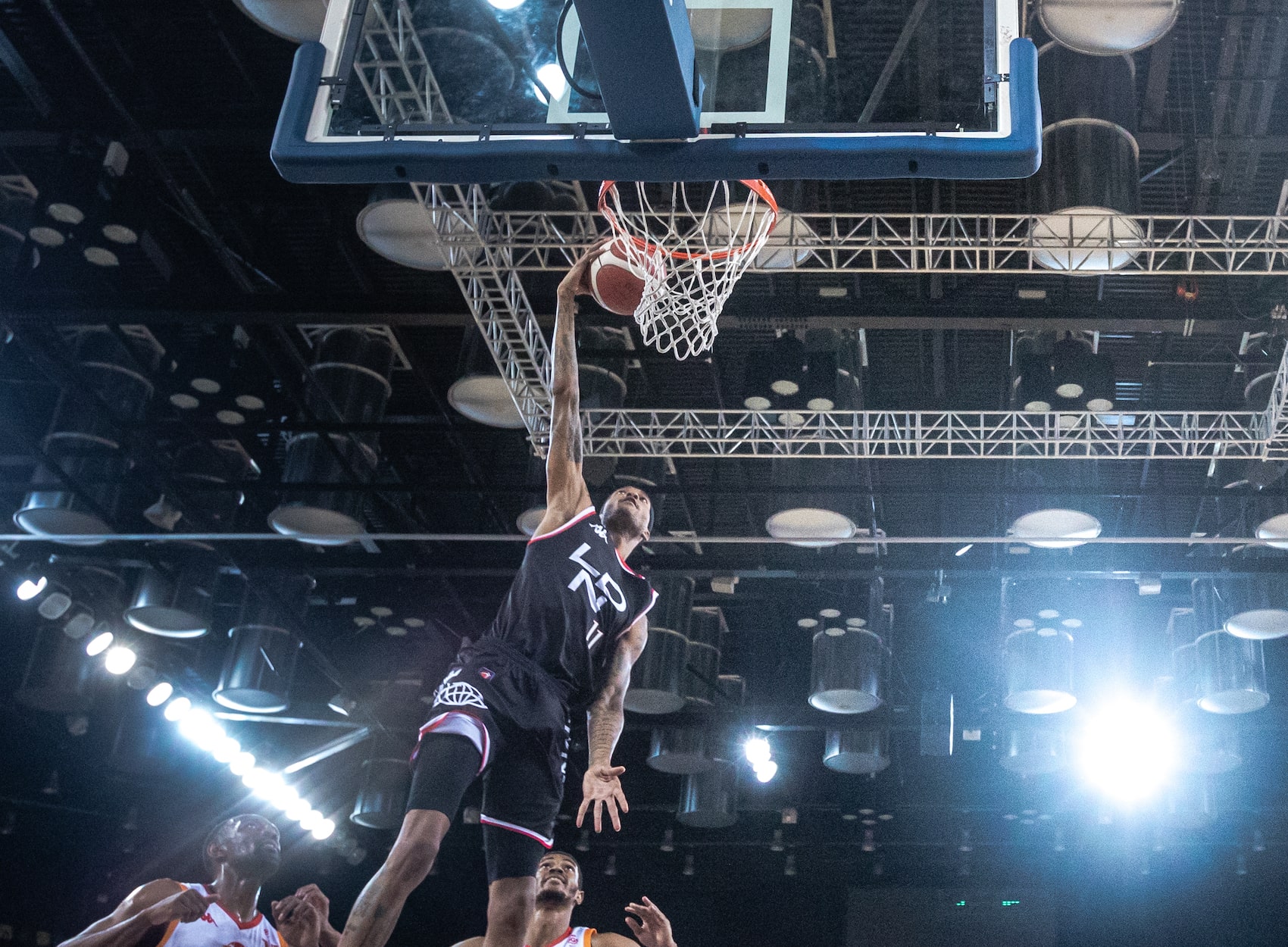 Lions make it five wins on the bounce

Dirk Williams' on great form at the Copper Box

Another big game from Dirk Williams helped London Lions to a fifth straight BBL Cup win as Bristol Flyers were beaten 94-85 at the Copper Box, on Sunday.

Williams sun four three-pointers to finish with 28 points, three assists and three rebounds, while Isaiah Reese had a 19 point, 11 assist double-double. Julian Washburn also had a double-double with 12 points and 11 rebounds, with Kylor Kelley  also finishing in double digits with ten points. Marcus Evans led the Flyers with 26 points and six assists.

Having also beaten Surrey Scorchers on Friday, Coach Vince Macaulay was satisfied with a good weekend’s work: “It went well, and we go into Wednesday’s Euro Cup on the back of a good couple of wins” he said.

“We came out well against Surrey and built a comfortable lead. They started the second half aggressively and made some good shots but we worse them down and were able to assert our game and get the win.

“Bristol caught us on the hop at the start of the game, it had been a tough week and they took advantage. But we went deep into the bench, and the likes of Andre Lockhart, Josh Ward-Hibbert and Chris Tawiah gave us the spark for a good second half. To put up 60 points showed what we can do. But Bristol are a good side and they’re going to cause teams a lot of problems.”

Kelley briefly gave London the lead at 6-4, but Flyers were ahead for most of the first period and former Lion Shane Walker scored a pair at the foul line to give the visitors a 22-19 lead at the opening break.

Lockhart tied the game at 24 with a triple before Reese hit five straight points and Kelly made it a seven point game in the hosts’ favour. But that was as good as it got in the quarter for Lions as Flyers put together a 21-3 run to lead 45-34 going into the locker at half-time.

That lead grew to 13 as Terjon Jacob converted a four point play at the start of the second half. It was Dirk Williams who kept Lions in the game as he scored their next ten points including a pair of three-point plays and triples from Ward-Hibbert and Lockhart tied the game at 61 before Dirk Williams sent Lions into the final break with a 63-61 lead.

Walker restored Flyers’ lead with a pull-up jump shot early in the fourth period but Washburn’s triple gave Lions a 72-71 lead with 6:43 on the clock, and they never trailed again. Kelley’s huge dunk made it a three-point game only to see Evans’ three tie the game at 80 with two minutes remaining.

A big trey from Reese before he split a pair at foul line to put Lions up by four and a Washburn and-one effectively sealed the win and – inevitably – it was Dirk Williams who wrapped things up from downtown.