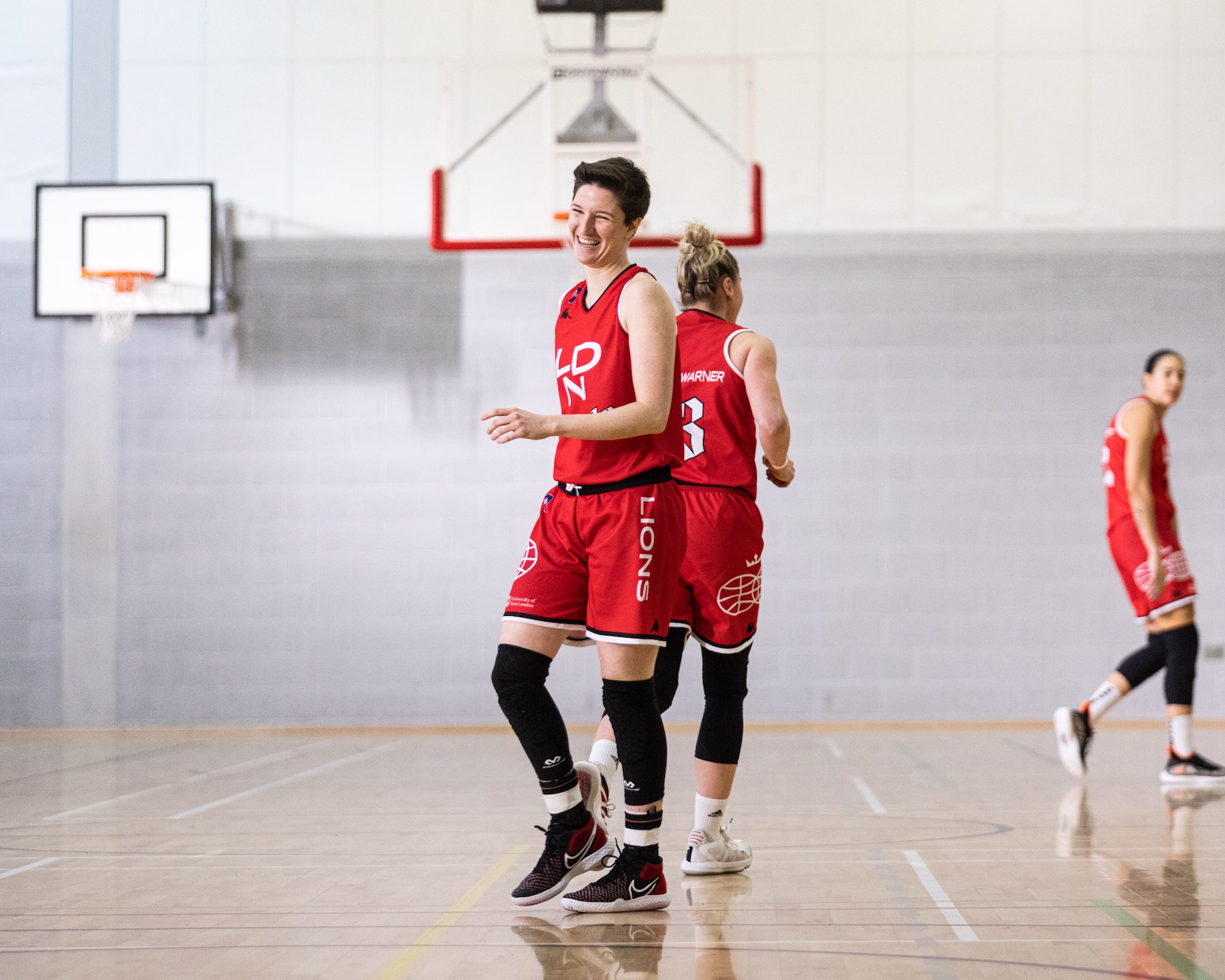 Captain Shanice Beckford-Norton led the way with 21 points as Lions took another step towards the WBBL regular season title with a 91-51 hammering of Caledonia Pride, on Sunday.

After the sides were tied at 11 midway through the first period, Lions reeled off 17 straight points to take control of the game, and they never looked back as they extended their unbeaten WBBL run to a record-breaking 31 games.

Lions dominated inside, scoring 50 points in the paint and out-rebounding the Scottish side 55-39, and coach Mark Clark was able to share the court time around as his side start a hectic spell that will see them play five games in eight days.

Laken James was the only Pride player finishing in double figures with 18 points, missing a double-double by a single rebound,

James opened the scoring before a Leedham and-one got Lions off the mark but there was little to choose between the sides in the opening stages as Ranger’s triple tied the score at 11.

Stewart launched the run that put the hosts in control, and Beckford-Norton hit six straight points including four at the foul line as Lions went 16-from-16 at the charity stripe before Chantel Charles hit a try.

Steph Umeh took the lead out to 28-11 with a lay-up before Erin Mcgarrachan beat the buzzer to end the run and make it a 15-point game at the first break,

Beckford-Norton opened the second period scoring before Cassie Breen drained a trey and Leedham made it a 20 point game with 4:30 remaining in the half.

Umeh extended the lead to 46-23 with two minutes remaining and three-point plays from Beckford-Norton and Leah McDerment followed by some excellent defensive play prevented the visitors getting a shot off as London went into the locker room 52-26 ahead.

Pride came into the game with only Lions ahead of them on current form, but their hopes of a comeback were quickly extinguished as Stewart hit the first six points in the second half and Joseph followed up with five straight to give the hosts a 63-26 lead.

James finally ended the visitors’ drought but with Beckford-Norton continuing her scoring form the hosts went into the final break leading 71-36.

Charles opened the fourth period scoring, and Breen scored from inside and outside the three-point arc as Lions led 80-45 with 5:45 on the clock before Holly Winterburn scored from downtown and then wrapped up the win with a jump shot.