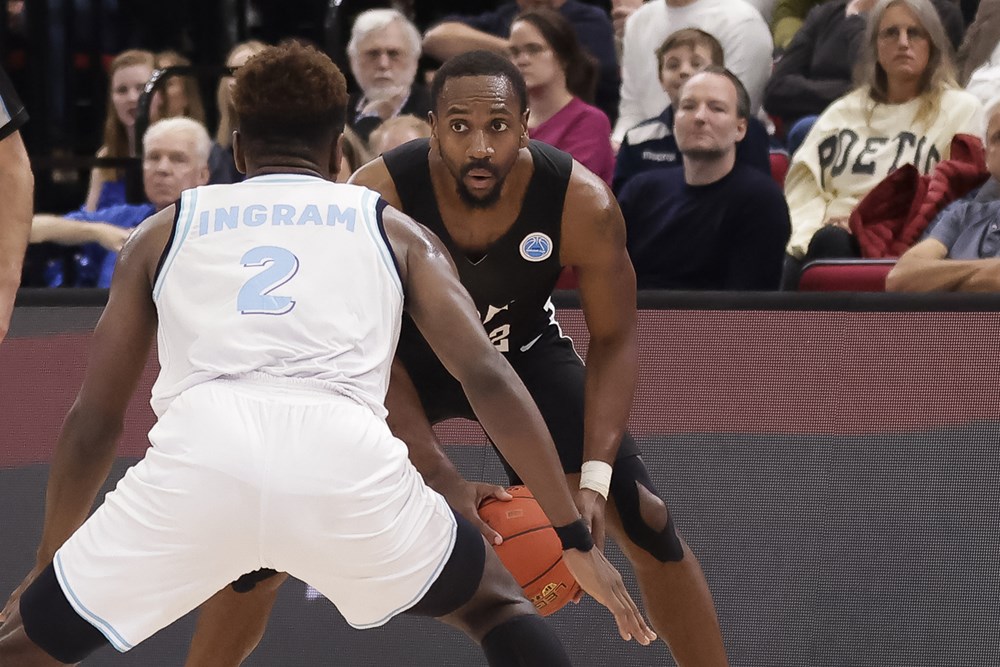 London Lions made a stunning start to their FIBA Europe Cup campaign with a 79-60 victory at Donar Groningen, on Wednesday evening.

The hosts never recovered from a blistering second period as they were blitzed 26-9, and Vince Macaulay’s side never looked back as their long-awaited debut in the competition saw them pick up a vital road win.

The Lions now have three straight Wednesday night home games at the Copper Box as they look to progress to the second group stage, starting next week with a visit from Austrian side Kapfenberg Bulls.

Marquis Teague showed why the Lions recruited him for their European games as he converted four of his seven three-point shots to finish with 22 points, adding six rebounds and as many assists.

He received good support from Julian Washburn as he finished with a 13 point, 11 rebound double-double while Isaiah Reese had 12 points, seven rebounds and eight assists. Kylor Kelly and Dirk Williams each chipped in with nine points as Macaulay went with an eight-man rotation. The home side were led by Lotanna Nwogbo’s 13 points in a game where Lions out-rebounded the hosts 42-25, led for 32 minutes and saw their advantage peak at 25 points.

Reese opened the scoring in a first period where both teams showed signs of nerves, and there was little to choose between the sides as Teague hit the final five points to tie the game at 13 going into the opening break.

The game was still tied, at 17, with two-and-a-half second minutes gone before a pair of Reese free-throws launched the run that gave the visitors a lead they would never lose. Another five point Teague burst took the lead out to 31-20 before Kelley’s dunk capped the 16-3 run to put London in control.

Teague provided the assist for Washburn’s jump shot and for Aurimas Majauskas’ lay-up to cap a perfect period and give Lions a 39-22 half-time lead.

If the hosts thought Lions would slow down in the second half they were disappointed as a huge Reese block on Leon Williams was followed by Reese providing the assists for Washburn to sink a trey.

Another Kelley dunk off a Reese assist made it a 23-point game after three second half minutes and a pair of Dirk Williams free-throws extended the lead to 53-28 at the five minute mark before Washburn’s lay-up helped the visitors lead 60-44 at the final break.

A steal and lay-up from Leon Williams saw the hosts cut the lead to 12 points after two fourth period minutes but triples from Teague and Reese kept Lions comfortably ahead, and a lay-up from the former ensured the visitors were 14 up heading into the final five minutes.

Teague’s triple followed by a steal and lay-up from Reese finally ended any resistance from the hosts as the lead hit 18 points with three minutes on the clock before Dirk Williams’ triple wrapped up a fine win.