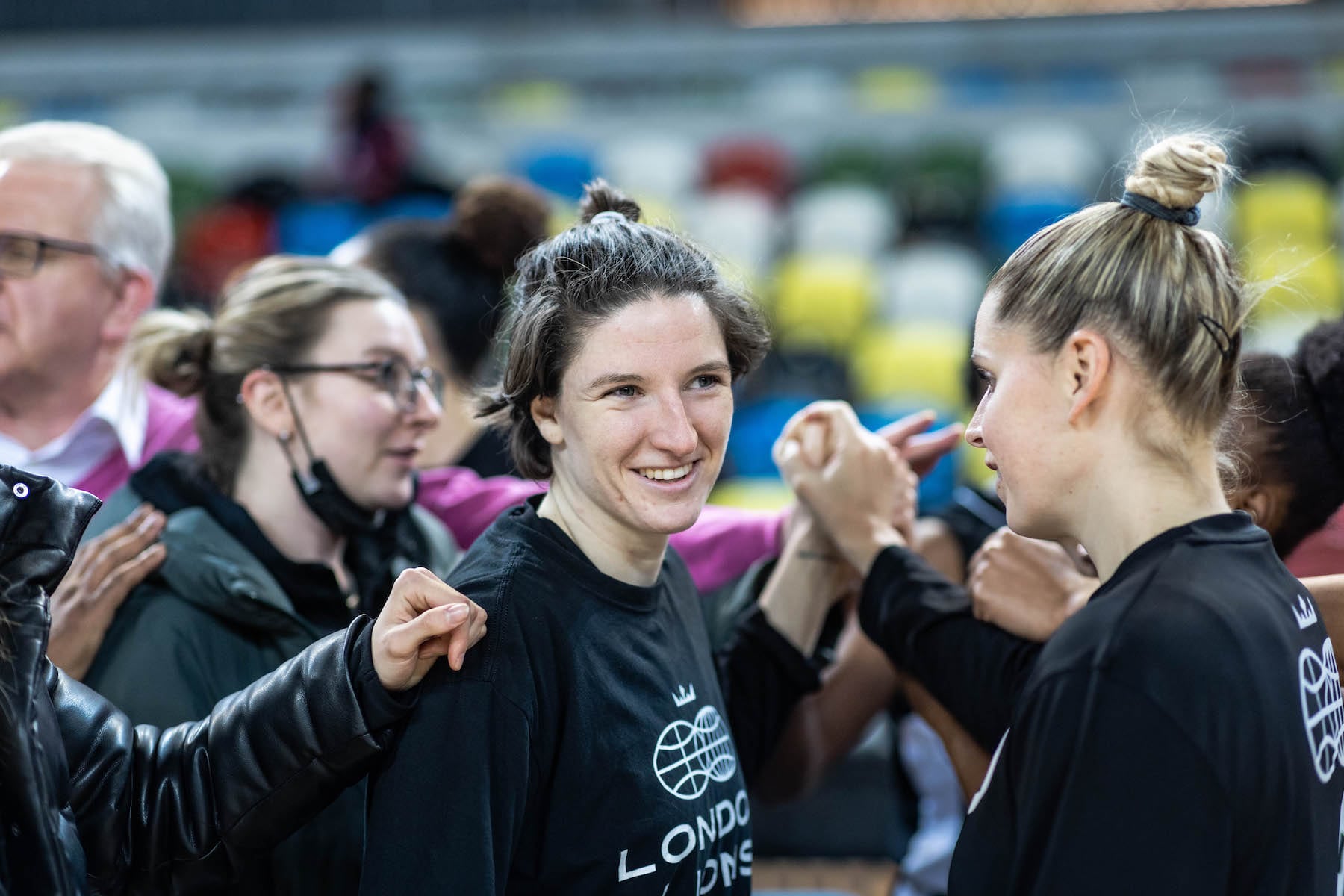 Cassie Breen continued a good shooting weekend as she hit four three pointers on the way to a team-high 18 points, adding three rebounds. Captain Shanice Beckford-Norton came off the bench to 17 points, five assists and as many boards while Azania Stewart had nine boards and three assists to go with her 15 points.

Jo Leedham finished with a 14 points, 11 rebound double-double, missing the golden grail of a triple double by a single assist, while Kennedy Leonard had 14 points, 14 rebounds and seven steals. Steph Umeh had nine rebounds to go with 13 points, while Shequilla Joseph finished with 11 points and three boards. Holly Winterburn was the only one of Lions’ eight player roster to finish in single digits, but dished out six assists to go with her nine points. J Wayne was the only Durham player to finish in double figures with a 13-point, ten rebound double-double.

Leedham got Lions off the mark with a lay-up but the visitors made a good start as they rushed into a 10-3 lead after just two minutes. That proved to be as good as it got for Durham, though, as Leonard hit a pair of treys in a personal 8-0 run Leedham also drained from downtown as Lions hit 15 unanswered points to take a 18-13 lead.

Abi Lowe broke Lions’ run but five points from Breen saw Lions take a 29-18 lead into the first break, and Breen hit another triple to open the second period scoring for the hosts and then continued her onslaught from downtown to take London’s advantage out to 37-20 with 7:23 on the clock,

Leedham took the margin out to 20 with a lay-up before four straight Stewart free throws saw the advantage grow to 54-27 and Winterburn’s three saw Lions reach the 60-point mark inside 18 minutes of action, and Leedham’s drive to the basket saw Clark’s side reach half-time with a 66-29 lead.

There was never any realistic chance of Durham mounting a comeback after Beckford-Norton completed an and-one and a lay-up to open the second half, and the Lions captain and Breen continued to dominate the visitors as Lions went into the final period with a commanding 88-32 lead.

Three-point plays from Leedham and Joseph saw the century mark achieved with 6:27 remaining, and Joseph sunk another three as Lions wrapped up another victory.