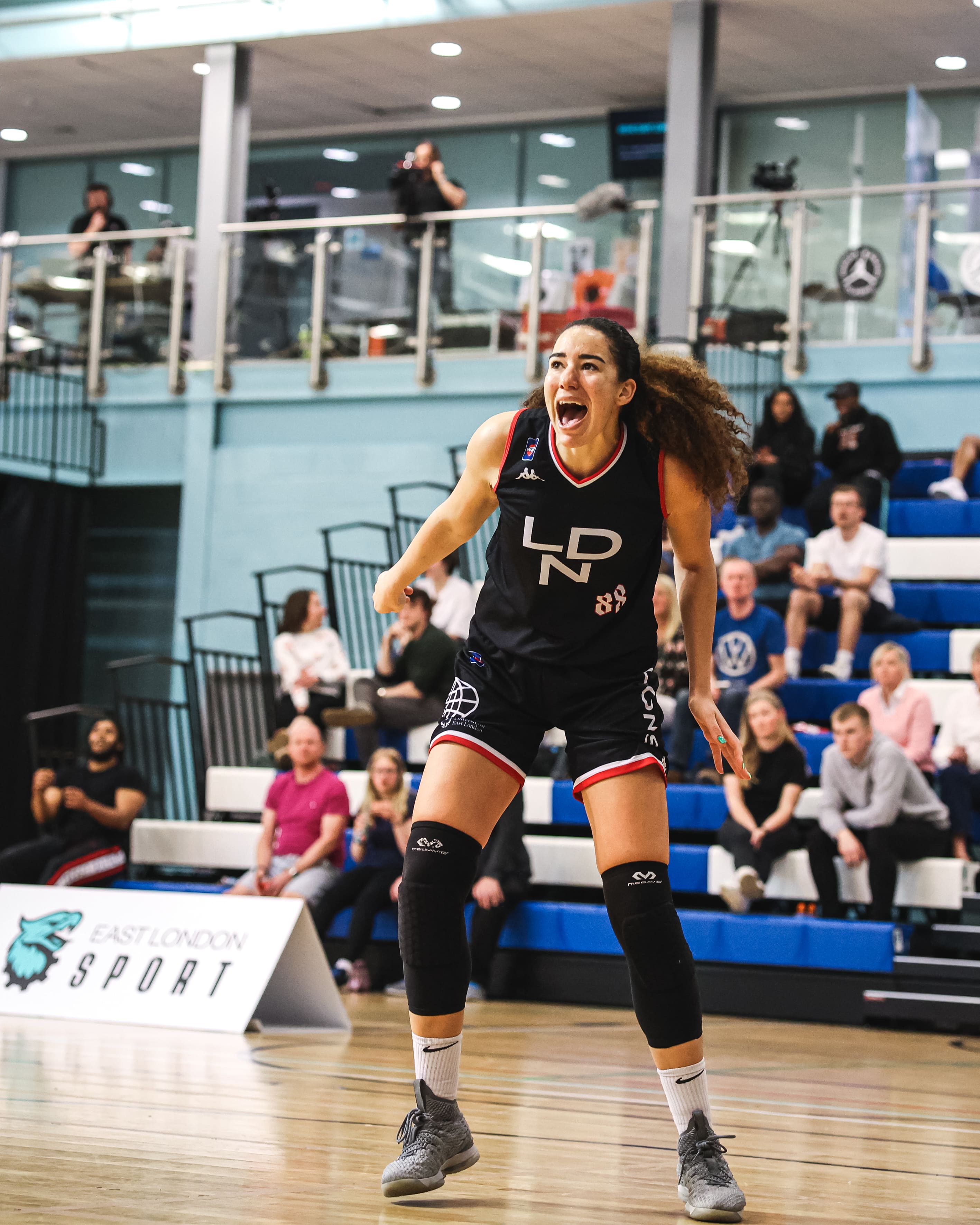 A scintillating first half performance paved the way for the Lions to reach the WBBL semi-finals with a 92-34 hammering of Durham Palatinates, on Saturday.

A good crowd at UEL saw Mark Clark’s side completely dominate the opening 20 minutes as they went into the locker room 48-8 ahead at half-time.

Jo Leedham and Holly Winterburn led the hosts with 17 points apiece as well as Chantel Charles finishing with 12 points. Kennedy Leonard dished out 11 assists to go with her six points as all 11 senior Lions got on the scoresheet, with only 17-year-old Grace Strickland failing to trouble the scorers as the home side dominated on the boards by out-rebounding 58-26.

Winterburn scored the first two baskets as Lions raced into an 11-0 lead and it took nearly seven minutes before Katie Bennett’s floater got Durham off the mark. A pair of Cassie Breen baskets either side of a Shequila Joseph trey – one of only two Lions converted in the game kept Lions ahead before Jessica Wayne’s shot eventually dropped after the buzzer to see Lions lead 20-5 at the first break.

Wayne hit a pair at the foul line to open the second period but it would be more than eight minutes before the visitors troubled the scorer again as Lions poured in 22 straight points.

Stewart started the run and Jospeh’s lay-up made it 32-7 with just under four minutes remaining before six Leedham points saw Lions open an unassailable 42-7 lead with 81 seconds of the half left.

Izabel Wood eventually ended the run at the foul line – though only after air-balling her first shot – but scores from Charles, Paige Robinson and Leedham sent London into the locker room with a 40-point lead.

It was almost inevitable that Lions would take the pressure off in the second half, and the third period proved to be a scrappy one as the home side outscored Durham 23-17.

Captain Shanice Beckford-Norton opened the scoring before Stewart added to the lead before Ellie Hendershot finally got her side into double figures two minutes into the quarter. A pair of Beckford-Norton baskets took the lead out to 61-10 and Leedham made it a 55-point game midway through the period before Wayne hit seven straight points to launch a 13-0 run for the visitors.

Scores from Steph Umeh and Winterburn broke the run to put Lions 71-25 ahead at the final break and Lions went on to dominate the fourth period 21-9 to stretch their record winning run to 36 games.