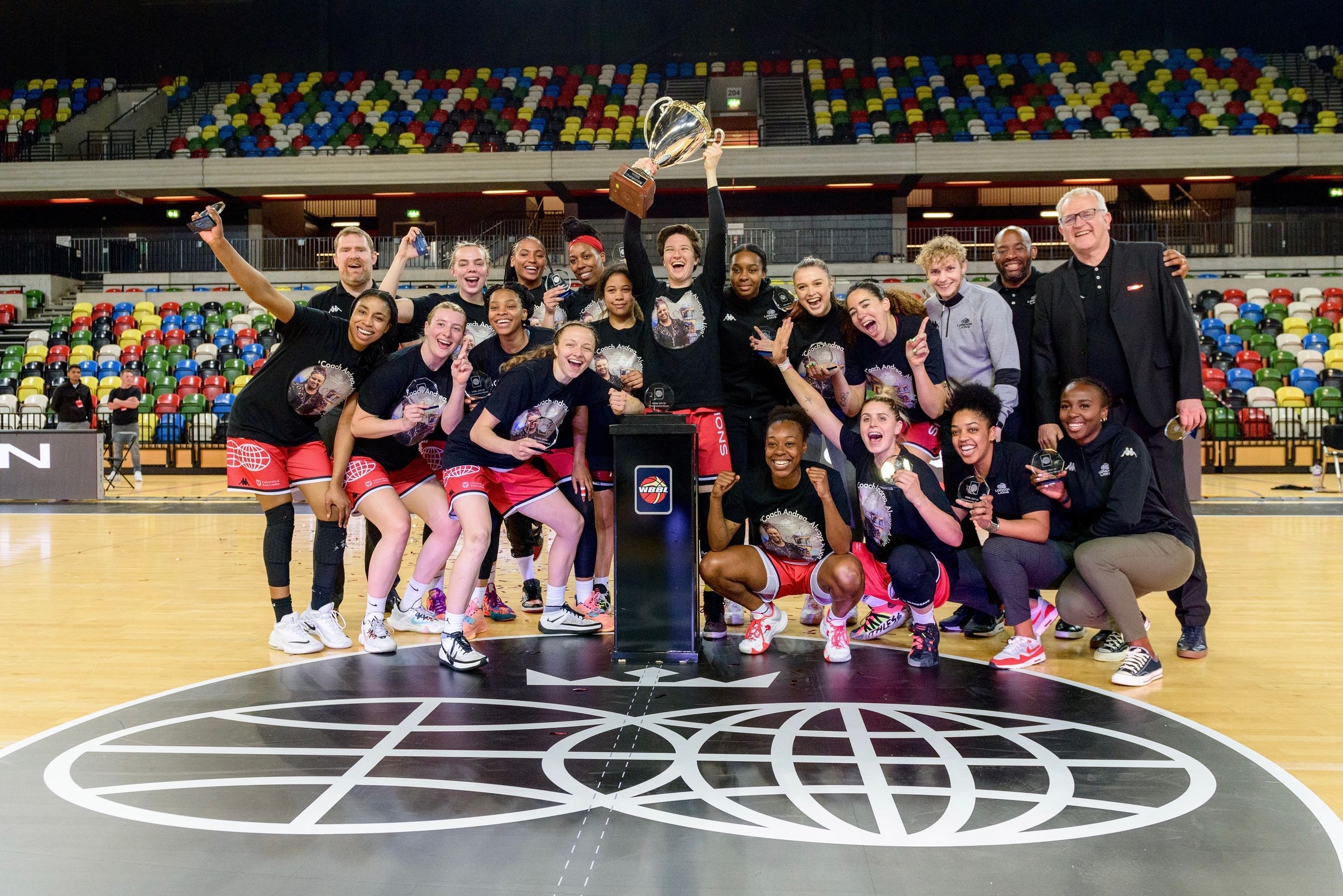 Lions clinched the WBBL regular season title with a comfortable 91-55 victory against Essex Rebels at the Copper Box, on Friday afternoon.

Mark Clark’s side led from tip-to-buzzer, never looking back after a 13-0 start as they extended their winning record to 23-0 in league play this season.

Azania Stewart posted a double-double in the first half on the way to a 16 point, 14 rebound night, adding four blocks while Jo Leedham also posted double digit points in the opening 20 minutes, finishing with 15 points, eight boards, six assists and four blocks.

Cassie Breen came off the bench to finish with 13 points and five rebounds while Steph Umeh also finished in double digits with ten points and captain Shanice Beckford-Norton had nine points, seven boards and five assists.

Leedham scored the opening five points of the game before five points from Stewart and a Holly Winterburn triple saw Lions rush into a 13-0 run after just five minutes.

Back-to-back shots from Essex saw them finally get off the mark, but triples from Chantel Charles, Leedham and Cassie Breen saw London go into the first break with a commanding 30-8 lead.

Scores from Steph Umeh and Breen got Lions off the mark in what proved to be a much closer second period as Rebels outscored the home side 17-16. Stewart continued to torment the visitors’ defence before back-to-back Beckford-Norton baskets sent Lions into the locker room with a 46-25 half-time lead.

Stewart went one-from-two at the foul line to open the second period and Lions’ relentless offense saw them open a 59-32 lead at the five minute mark following a Winterburn lay-up.

Back-to-back Shequila baskets followed by Umeh’s drive to the basket saw Lions’ lead stay at 27 heading into the final three minutes of the third period, and three point plays from Breen and Beckford-Norton sent Lions into the final break leading 73-40.

Rebels’ Waithe scored the opening two periods of the fourth period before Breen drained from downtown before Leah McDerment became the tenth Lion on the scoresheet with a triple before – fittingly – Leedham and Kennedy Leonard completed the win with three-pointers.