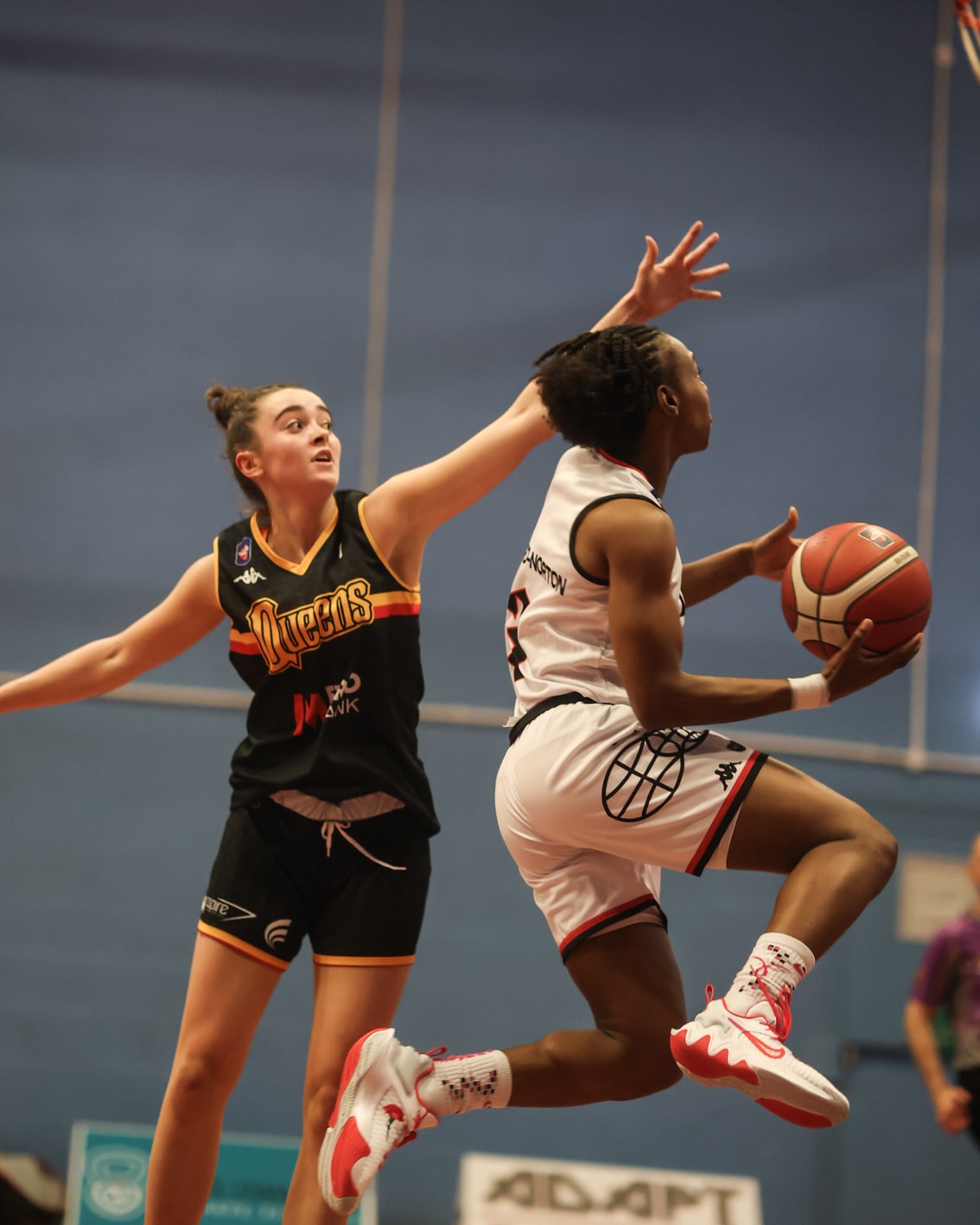 On Thursday evening the Lions took another step towards the WBBL regular season title with a dominant 108-52 victory at Gloucester City Queens.

Title rivals Sevenoaks Suns suffering a shock loss at Nottingham on Wednesday, Mark Clark’s side are now two wins clear of their only challengers. They now head into a packed final eight days of the season having to play five games.

Jo Leedham missed only two shots on her way to dominant 22-point, five steal and four rebound night while Cassie Breen hit five three-pointers to finish with 20 points as she became London’s all-time leading points scorer in the WBBL Championship.

The sharpshooting American passed the previous record of 659 points as her team extended their winning run to 30 games.

The game finished with eight lions on the scoresheet including 16-year-old Grace Strickland who recorded her first WBBL points for the team. Captain Shanice Beckford-Norton added six steals, four rebounds and as many assists to her 16 points while Steph Umeh finished with 12 points.

Lions raced into a 19-7 lead after five minutes and then held the hosts scoreless for the rest of the period to open a 26-point lead at the first break.  The visitors’ suffocating defence continued in the second quarter with the Queens scoring just four points in the final five minutes of the half as the Lions went into the locker room leading 62-21.

An 18-8 run in the opening stages of the third period put the game beyond doubt as London before they wrapped up the win with a 20-15 fourth quarter, Inma Bautista led Queens with 21 points while Marlee Ball added 17 points but finished with nine of the hosts' 29 turnovers as Lions out-rebounded them 37-21.