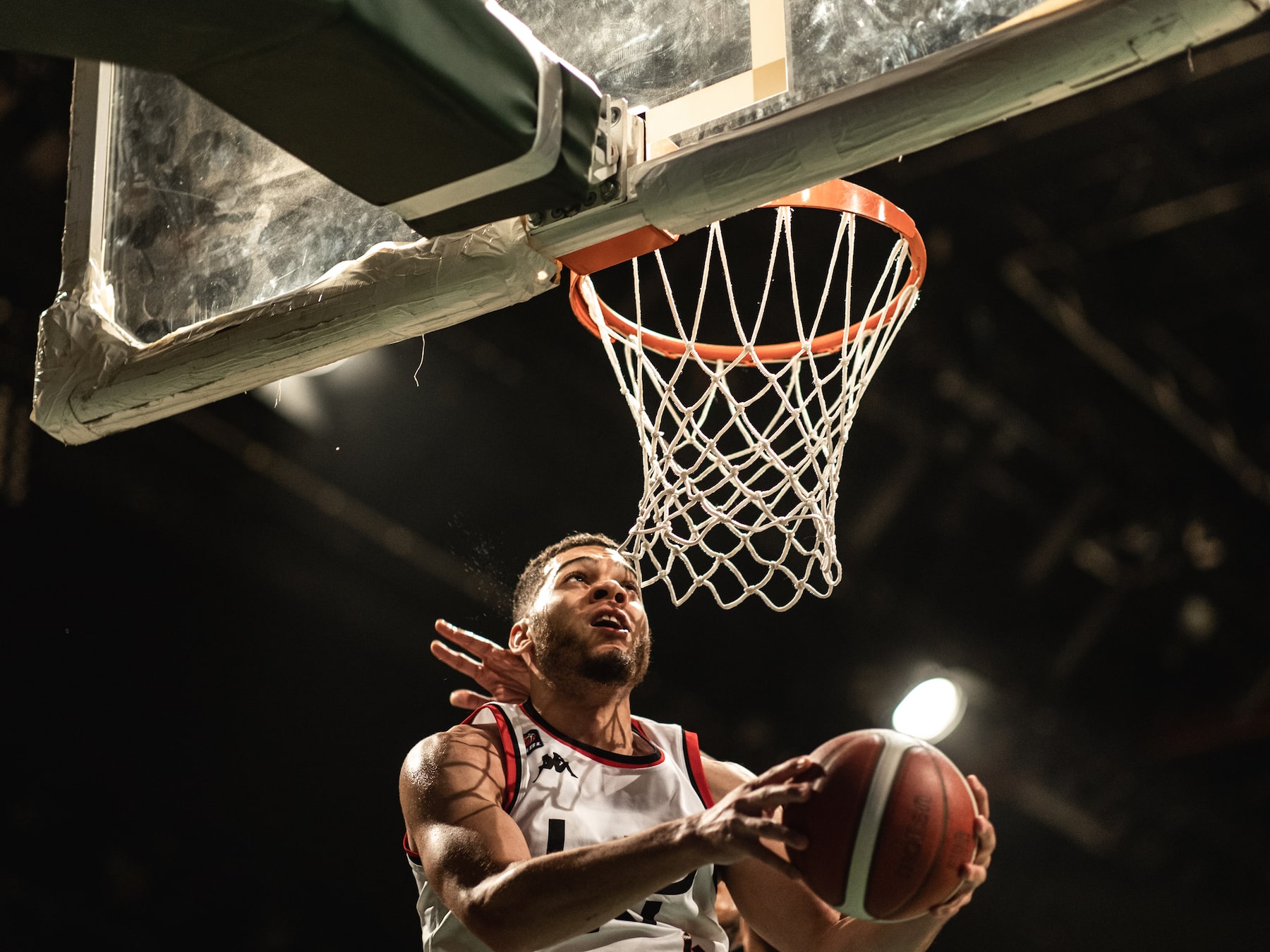 London Lions made it two wins from two as they  opened their home Europe Cup campaign with a hard-fought 68-58 victory against Kapfenberg Bulls, on Wednesday evening.

A big crowd at the Copper Box saw Vince Macaulay’s side outscore the visitors  18-9 in the fourth period to take a second straight win in the competition.

Isaiah Reese led the home side with 18 points, six assists, four steals and as many rebounds, while Dirk Williams added 13 points for the home side. Kylor Kelley had ten points to go with his six rebounds and six assists, while Aurimas Majauskas added four boards to go with his 11 points and four rebounds. Justin Briggs finished with a 20 point, 12 rebound double-double to lead the visitors.

After a slow start saw the visitors score the first five points, Reese got Lions off the mark with a driving lay-up before he provided the assist for Kylor Kelley’s dunk.

Bulls stayed ahead despite Dirk Williams’ dunk but with Marquis Teague going three from four at the foul line they stayed in touch as the visitors went into the first break 17-11 ahead.

Macaulay’s team talk had the desired effect as Lions fought their way back into the game, with Chris Tawiah converting a pair of foul shots before Lorenzo Cugini  halved the deficit thanks to Reese’s assist.

Kelley turned provider for Majauskas as he buried a triple to give Lions their first lead of the game, 20-19, midway through the second period before Kylor Kelley got the crowd on their feet with an alley-oop.

It was nip and tuck for the rest of the period with Bulls leading 33-32 at half-time and baskets remained at a premium as  Majauskas kept Lions within a point at 39-38 with five third period minutes gone.

It was Reese’s driving lay-up that sparked the run that gave  Lions some breathing space as he converted the foul shot for a three point play before another Dirk Williams dunk and a driving lay-up made the score 47-42.

Bulls replied with a 7-0 run to regain the lead but Lions reached the final break with a 50-49 lead as Teague provided the assist for Reese’s floating lay-up before Dirk Williams converted at the foul line to give Lions a three point lead after a minute of the fourth period.

Kelley made it a five point game and produced a couple of great defensive plays before Dirk Williams buried another triple to make it 57-49 with three minutes gone. Teague made it a double digit lead before Reese hit a trey as Bulls’ drought continued and while Briggs finally got the scoreboard moving from downtown, Washburn’s dunk made it a 12 point game with five minutes remaining.

Bulls were only able to chip two points off that lead as London went more than three minutes without scoring, but a pair of Kelley dunks wrapped things up as the home took another step towards the second round.