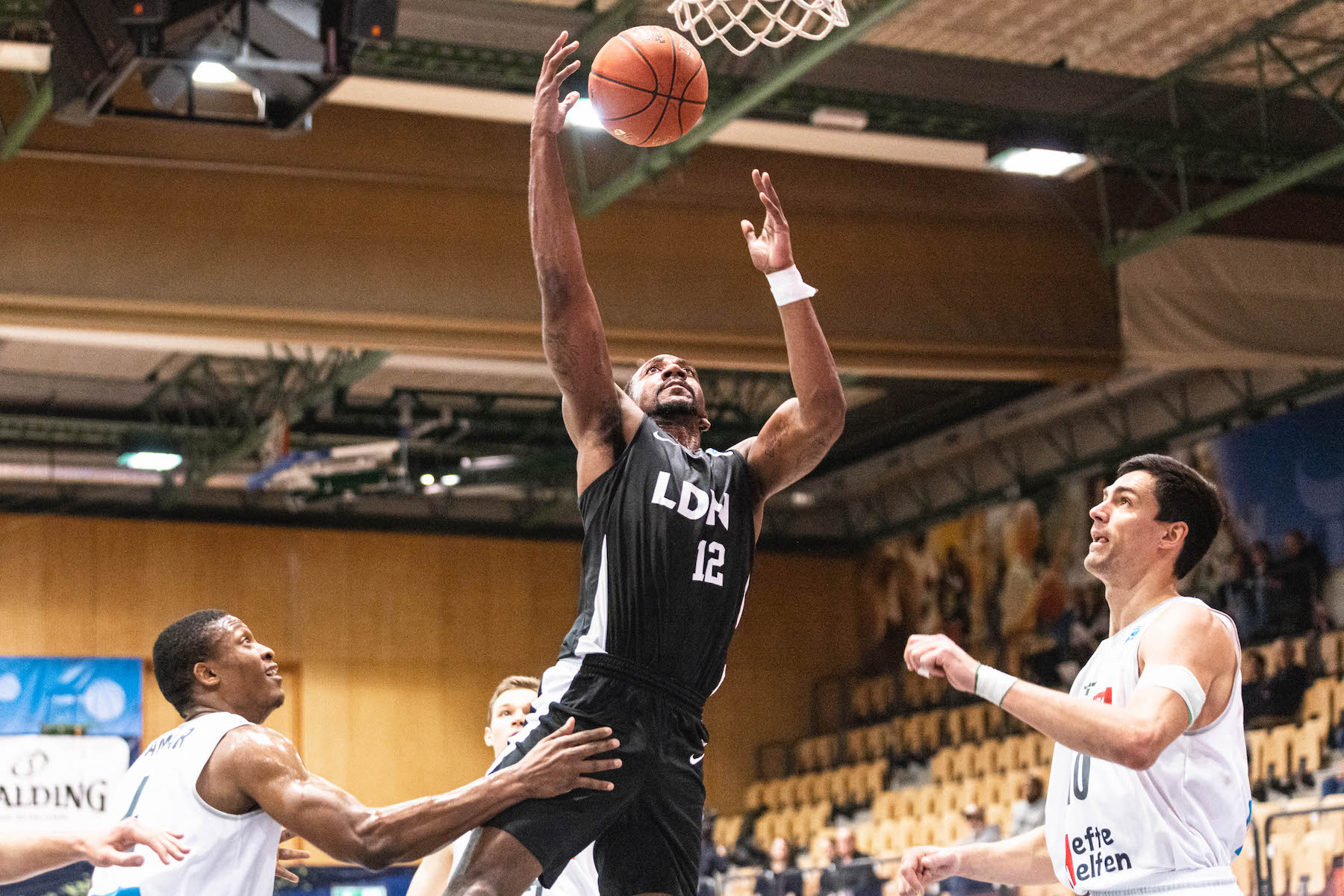 The victory was the first straight in the competition for Vince Macaulay’s team as the Lions were led by Marquis Teague’s 21 points, four rebounds and three assists from as the former NBA guard needed less than 22 minutes to post his numbers.. Isaiah Reese produced another fine performance with 18 points on eight-from-11 shooting, adding eight assists and seven rebounds while Lorenzo Cugini hit three triples on his way to 17 points. Dejan Cigoja led the home side with 22 points in a 40-minute performance, adding four assists

Lions shot an impressive 72 percent inside the three-point arc and out-rebounded the hosts 36-28 as they never looked back after Julian Washburn’s triple had given them the lead two minutes before the first break.

The hosts started well and despite a triple from Dirk Williams they were 11-8 ahead after five minutes, and Dirk Williams provided the assists for both Washburn and Jordan Williams’ dunks which sent the visitors into second period with a 22-21 ahead.

Cugini opened the second quarter with a trademark triple before Washburn stole the ball and almost brought the rim down with a dunk to put Lions 27-21 up with two minutes gone. Kylor Kelley also dunked as Lions stayed in front without pulling away, but it was Reese who converted a lay-up to send London into the locker room 48-43 ahead.

Dirk Williams drained from the Land of Plenty to open the second half and the visitors took control of the game with a 29-21  third period.

A Teague and-one made it a five point game after five minutes and he scored again before providing the assist for Reese to put London 67-60 up with 4:12 on the clock. London finished strongly as Reese drained a triple back-to-back Teague scores gave the visitors a 77-64 final beak advantage.

The hosts never got their deficit down to single figures in the fourth period and scores from Dirk and Jordan Williams took the advantage out to 14 before Reese provided the assist for Cugini to effectively end the game as a contest at 94-73 with 3:31 on the clock.

With Medi Bayreuth beating Donar Groningen 84-61 on Wednesday, Lions will travel to Germany next week knowing they can afford to lose by nine against Bayreuth and still win the group.