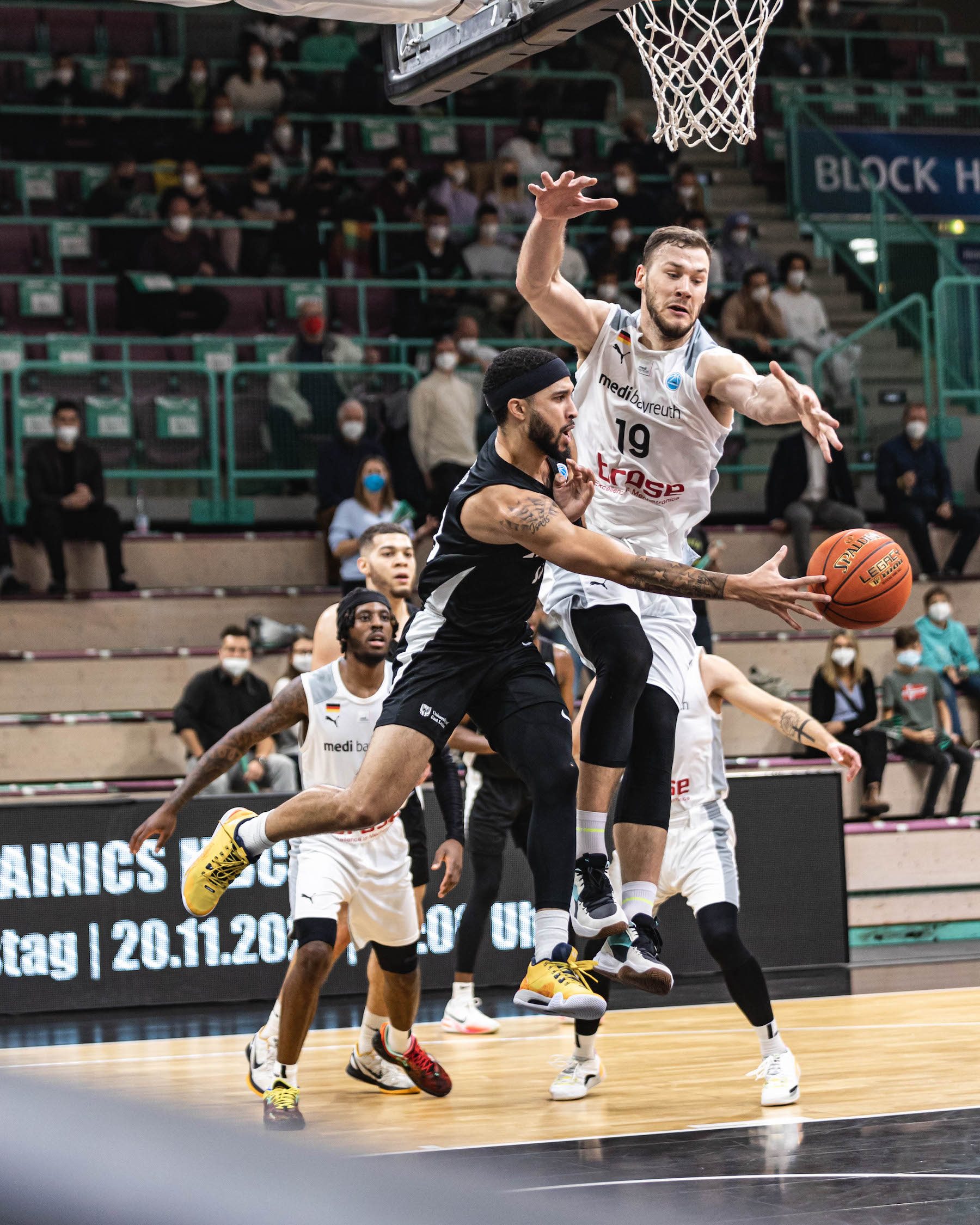 A superb second quarter from hosts Medi Bayreuth saw London Lions fall to their first Europe Cup defeat of the season as they went down 97-78  on Wednesday evening.

The German side blitzed London 27-13 in the ten minutes before half-time to seal top spot but despite the loss, Lions have marked their first season in the competition by reaching the second round, finishing second in Group A with a 5-1 record.

Dirk Williams had a brilliant shooting night for Vince Macaulay’s side, hitting seven of his nine three point efforts on the way to 30 points, adding three rebounds and a couple of assists in just under 34 minutes of action.

Isaiah Reese marked his return from injury with 19 points, eight assists and six rebounds, but the rest of the Lions roster struggled for points, with Aurimas Majauskas the third top scorer with nine points in 21 minutes.

Bastion Dorath led Bayreuth with 22 points and Sacar Anim added 21, but four other home players finished in double figures as the German team grabbed top spot in the group,

A frantic first period saw Marcus Thornton hit a triple to open the scoring before Williams drove to the basket for his first bucket of the game. The hosts opened a 13-6 lead with 6:21 on the clock, only to see Reese reply with a triple and Lions stayed in touch before Marquis Teague’s trey ensured they were just 31-29 down at the first break.

Chris Tawiah’s hook shot kept Lions within two points early in the second quarter, but that was as good as it got for Lions  as the hosts opened a 45-35 lead midway through the period to force a timeout from LMacaulay to call a timeout. And despite a Reese triple, it was the German side who took a 58-42 lead into the locker room at half-time.

A block from Julian Washburn saw Dirk Williams grab the rebound and set up Reese for a nice jumper, and Lions came up with a great third period as Dirk Williams (2) and Reese kept them in touch before Dirk Williams beat the buzzer with a triple to reduce the margin to 79-64 at the final break.

Reese opened the fourth period scoring and Dirk Williams drained another shot from the Land of Plenty saw Lions open well, but a 9-0 run effectively ended the game as a contest and Lions will now look forward to the second round knowing they’ve already produced a European campaign unmatched by a British team in more than two decades.