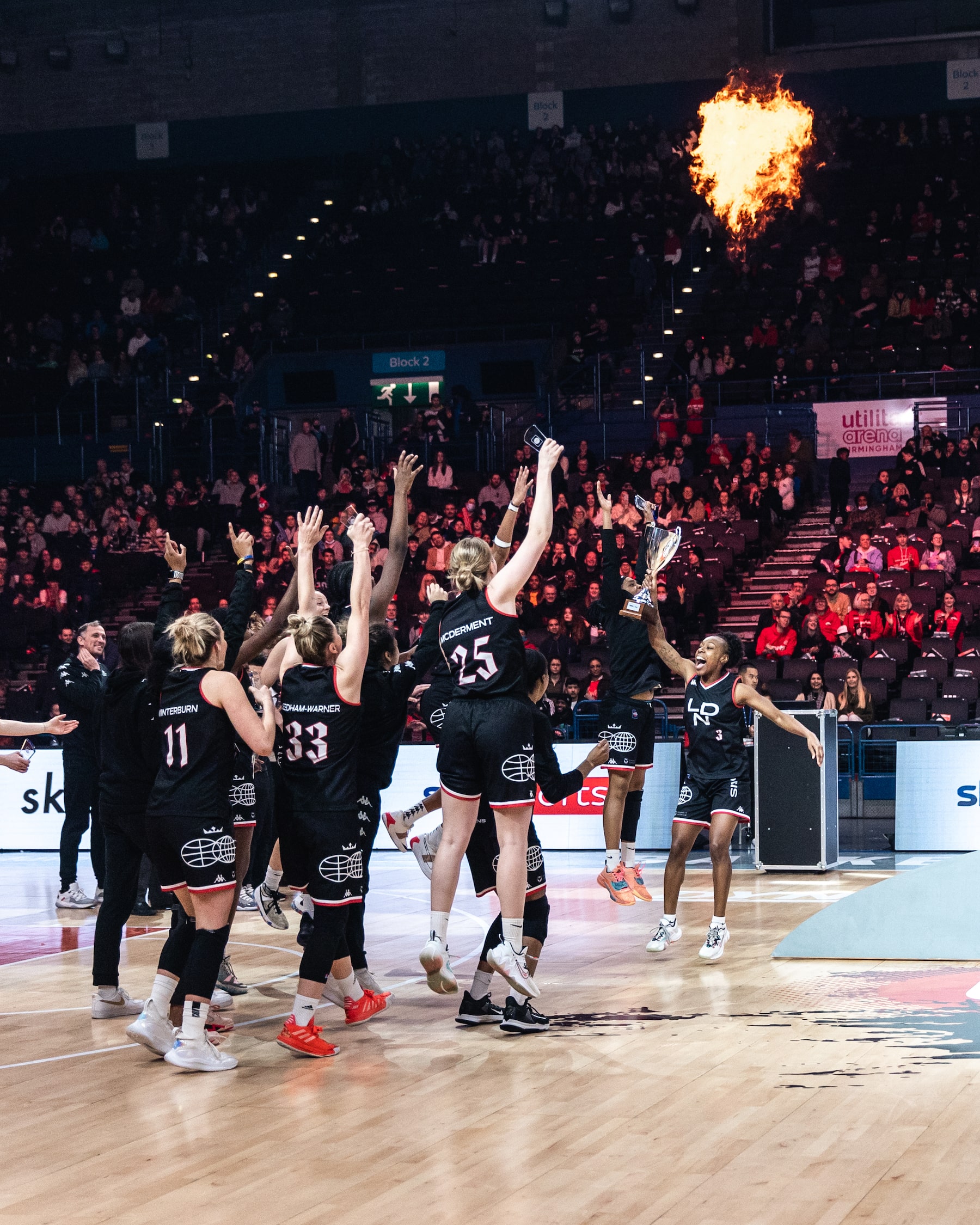 A perfect shooting performance from Azania Stewart paved the way for Lions to win the BBL Cup for the first time with an 87-47 victory against Newcastle Eagles, on Sunday.

A big crowd at the Utilita Arena in Birmingham saw Stewart hit all nine of her field goal attempts and both of her free-throws, adding six rebounds and a couple of blocks to win the Most Valuable Player award.

Kennedy Leonard added 12 points and six assists while Jo Leedham had a 10 point, 11 rebound double-double, adding five assists and three steals. Leah McDerment returned from injury and coach Mark Clark was able to give all of his roster some court time as all 12 Lions finished with at least one rebound.

Maddy McVicar led a depleted Eagles line-up with 16 points but only Jess Eadsfoth-Yates joined her in double figures with ten as the north east side only used seven players until the final minute.

Stewart started how she meant to go on by winning the tip off and opening the scoring at the foul line before scoring off Leedham’s assist. Leedham and Cassie Breen both hit triples as Lions took control early in the game and there were further treys from Breen and captain Shanice Beckford-Norton as Lions went into the first break with an 18-8 lead.

Holly Winterburn continued the three point barrage to open the second period scoring before Breen sunk her third from outside the arc and Beckford-Norton converted three foul shots before Paige Robinson sent her team into the locker room with a 39-18 lead.

Stewart started the second half well, stealing the ball and then scoring  lay-up before Leonard and Chantel Charles took the lead out to 49-20 after three minutes with three point plays.

Another Leonard bucket from downtown took the lead above30 and Leedham also scored from long range as Lions went into the final break 59-27 ahead.

Eagles started the fourth period well but Stewart continued to torment them, hitting three baskets to keep the margin in the 30s before Leedham and McDerment added  to the tally of triples.

Stewart left the game with just under six minutes remaining, shortly after completing her 20-point tally and youngster Fatmata Jennah hit a pair of free-throws before Leonard sunk a trey to wrap up the scoring and allow London’s celebrations to begin. 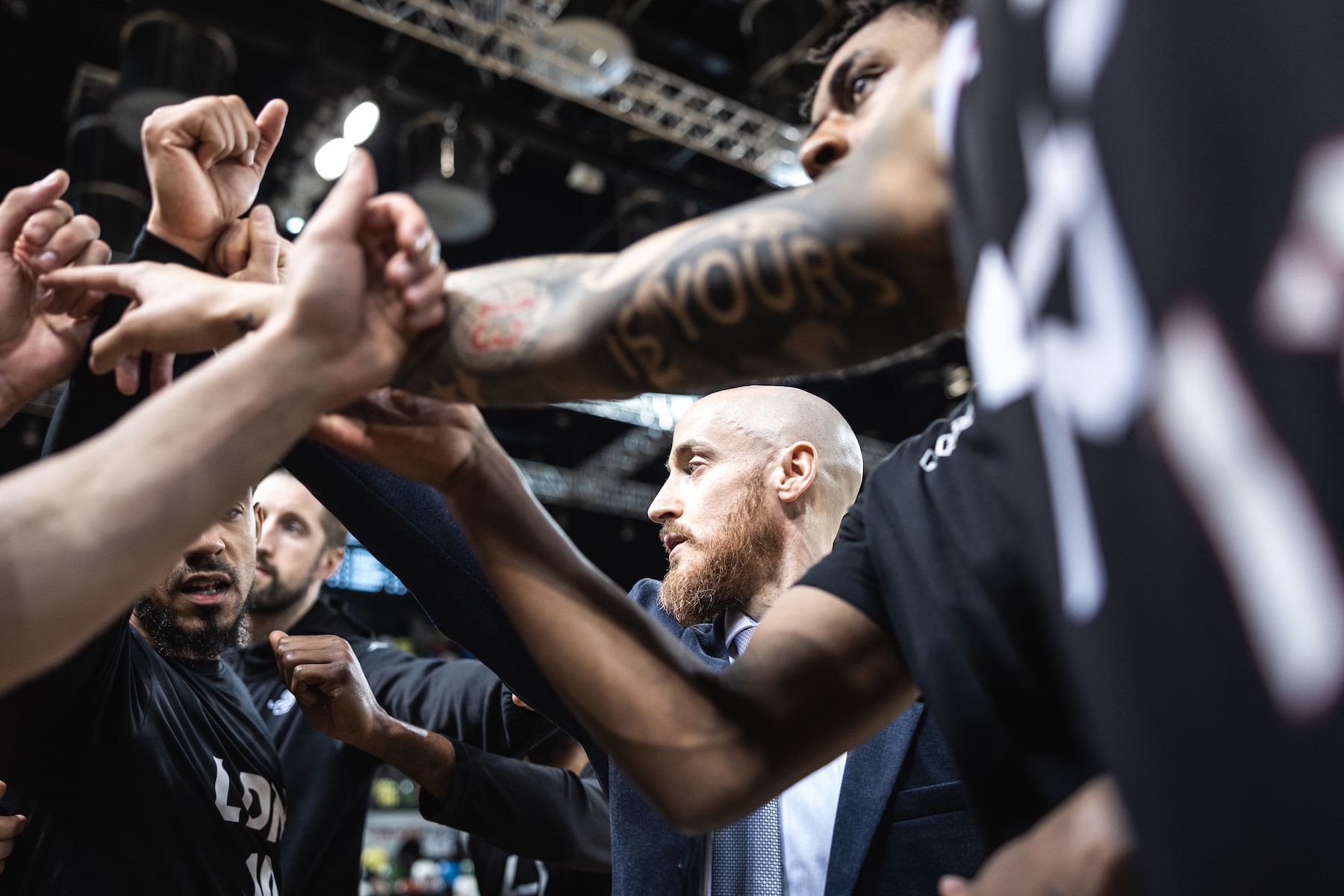 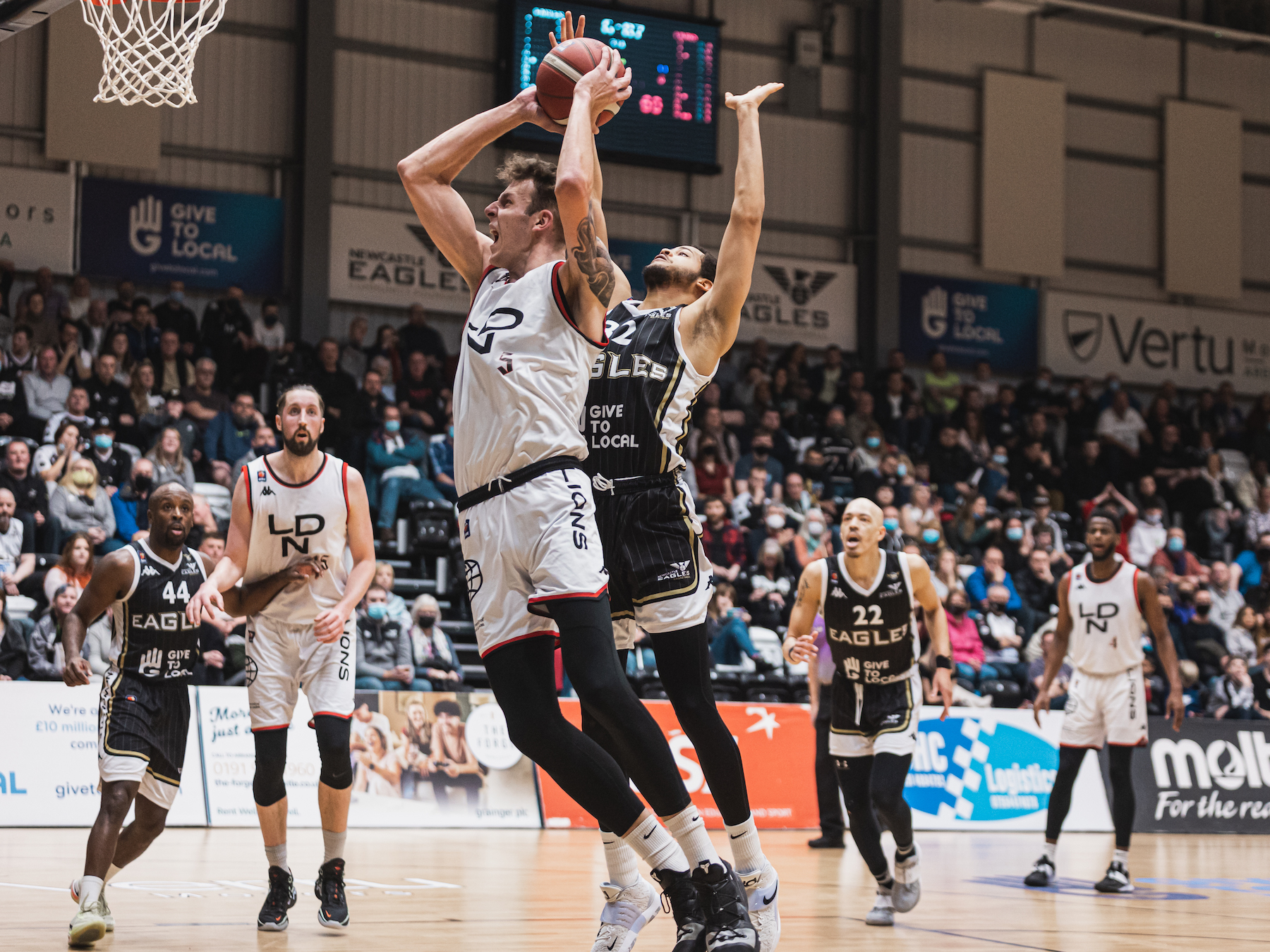 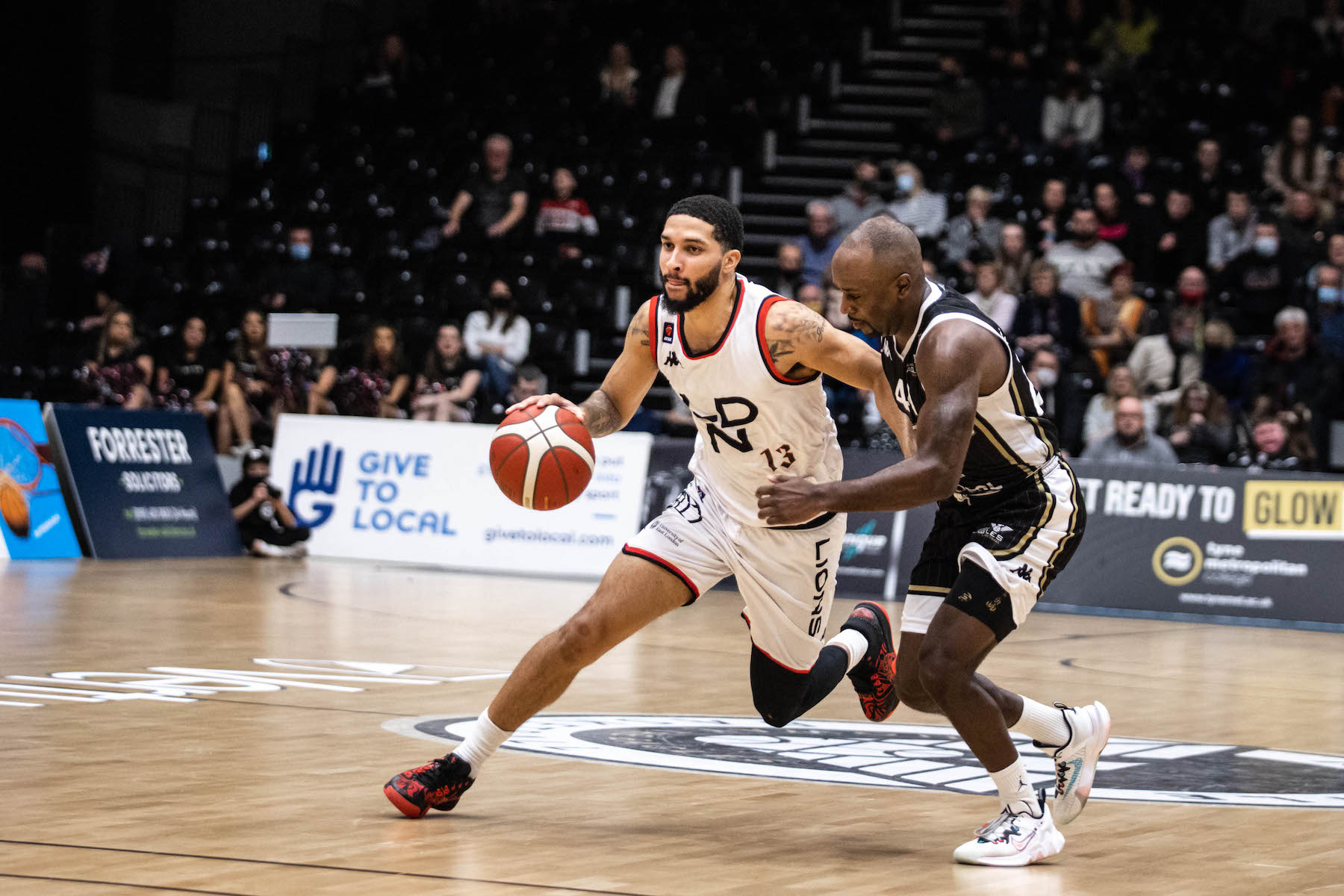 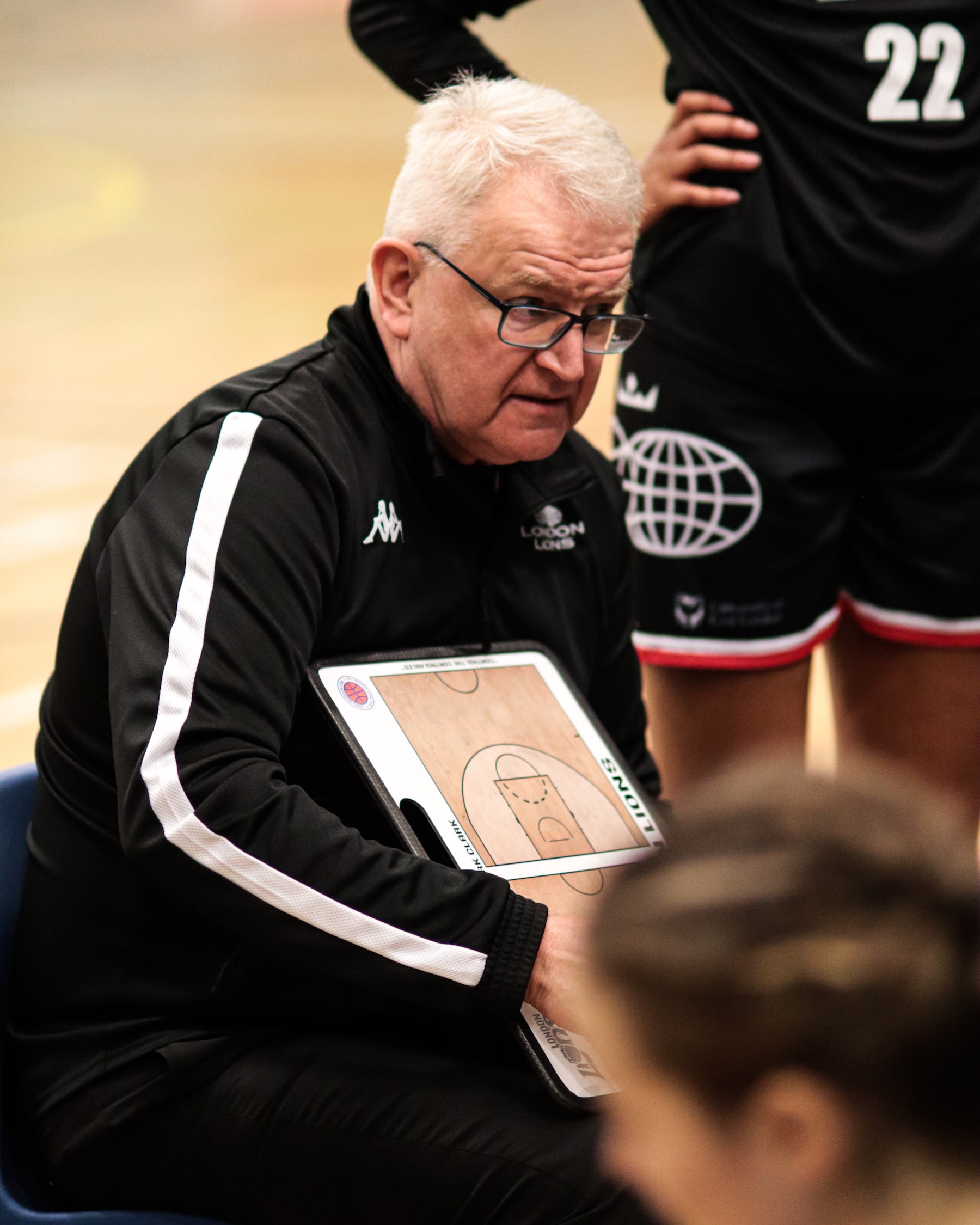