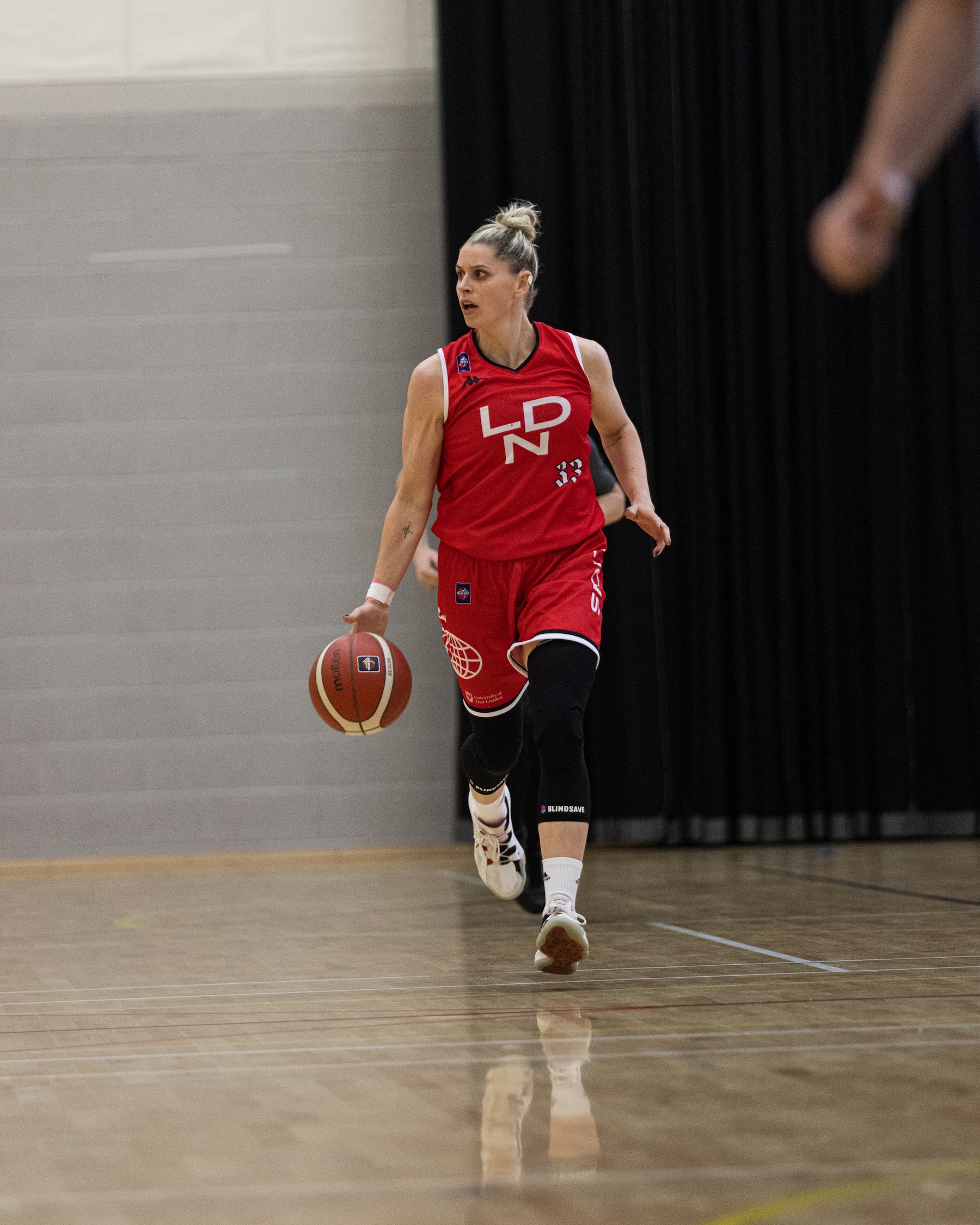 Another dominant performance saw Lions hammer Nottingham Wildcats 91-61 to continue their unbeaten start to the WBBL season, on Saturday.

Jo Leedham had a stunning game, finishing with a 20-point, 12 rebound double-double, adding seven steals and five assists for the visitors. Holly Winterburn also had a good evening offensively, finishing with 18 points along with three rebounds and as many assists while Kennedy Leonard had seven assists to go with her 13 points. Shequilla Joseph added 12 points and eight rebounds, with Steph Umeh chipping in with 11 point sand five assists. Jahnae Gyles led the hosts with 17 points and three boards.

After two scoreless minutes Joseph’s jump shot gave Lions a lead they would never lose, and Leedham’s first trey of the game helped the visitors open with a 13-1 run which set the tone of the game.

It took almost seven minutes before Gyles scored Nottingham’s first field goal of the game but another Leedham triple kept London comfortably ahead before Joseph beat the buzzer with a jump shot to give Lions a 21-8 lead at the first break.

Cassie Breen opened the second period scoring and hosts only briefly took the lead into single figures before Winterburn scored from downtown to send Lions into the locker room with a 44-26 lead.

After a scoreless two and half minutes, Leedham made it a 20-point game, but third period proved to be Wildcats’ best spell of the game as they outscored the visitors 22-16 and despite another triple from Leedham, Lions’ lead was shaved to 60-48 at the final break.

That was as close as the home came, though, as Leedham hit a jump shot top open the fourth period and then converted a three point play to launch a quarter that would see Nottingham outscored 31-13

Unusually for Lions, they did most of the damage inside the three-point arc with only Winterburn scoring from the Land of Plenty. But there was nothing the home side could do to stop London going top of the table and they will go into Wednesday’s home clash with second placed Sheffield Hatters looking to extend their record-breaking winning streak.