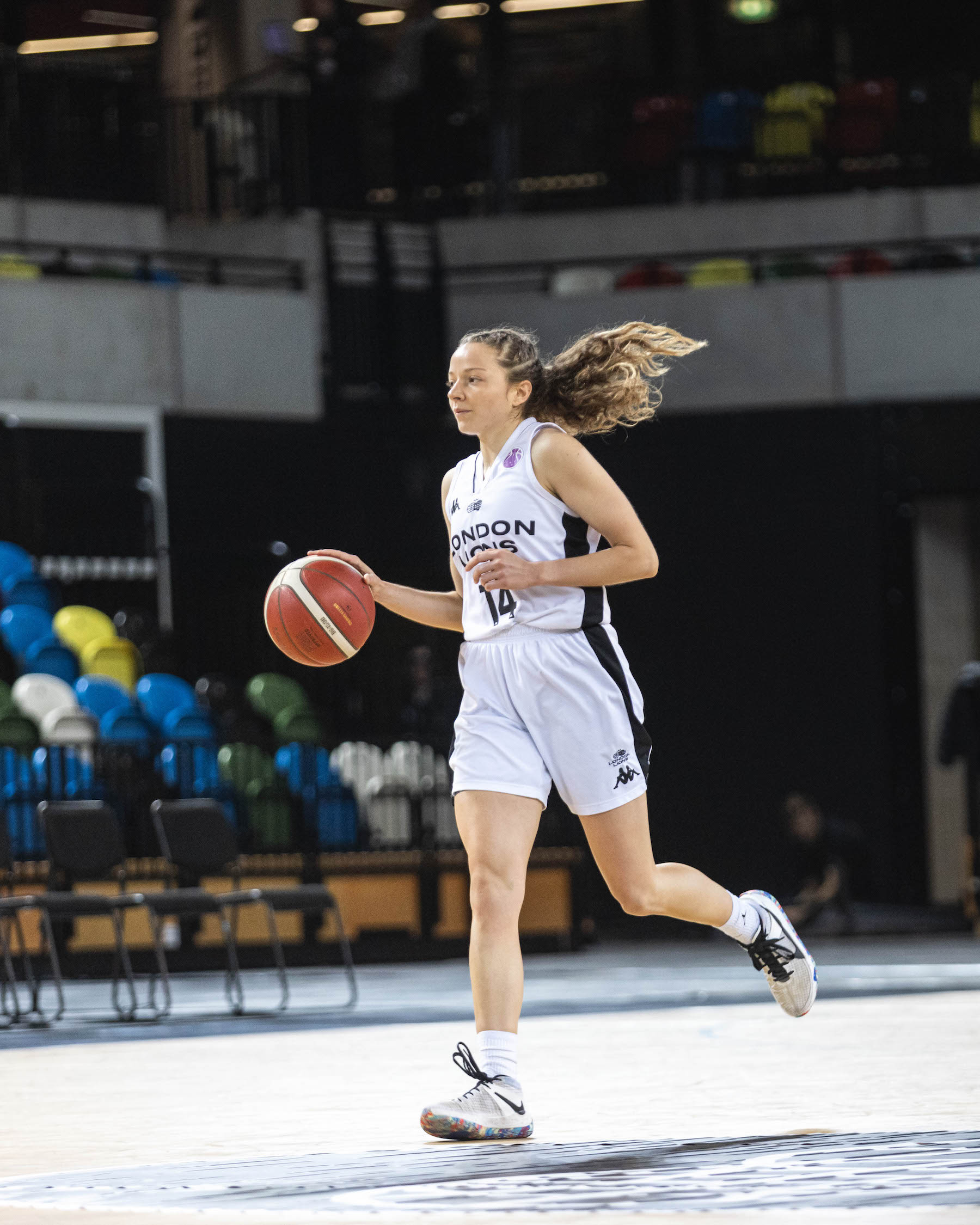 Mark Clark’s side were in control throughout the game, leading from tip to buzzer after opening with a 10-2 run, and the London coach was pleased with the victory: “I thought we performed well and it was useful to look at options for Wednesday” he said. “We’re really grateful to Oaklands for moving game forward to Friday, it was very helpful.”

Steph Umeh and Shanice Beckford-Norton combined to outscore the visitors with 45 points between them. Umeh led all scorers with a 23 point, ten rebound double-double while Beckford-Norton had 22 points, seven boards and three steals. Jo Leedham-Warner and Kennedy Leonard each finished with 16 points, with the latter adding ten assists. Azania Stewart and Cassie Breen scored ten points apiece , with Stewart adding five board and as many assists. Beth Sarson was the only Oaklands player in double figures, hitting three triples on her way to 11 points.

Stewart opened the scoring before Breen’s triple made it a ten point game midway through the first quarter, and although Sarson’s triple followed by Eva Karasaite’s drive to the basket halved that lead Beckford-Norton capped an 8-2 run to give Lions a 25-16 advantage at the first break.

Stewart again got Lions off the mark as they opened the second period with an 8-0 run, and although Merissa Quick got Wolves’ score moving again, Beckford-Norton’s trey launched a 12-0 tear before Leedham-Warner’s jumper sent London into the first break with a 54-23 lead.

Inevitably it was Stewart who opened the second half scoring, and although Wolves matched the hosts in the early minutes, Uhem capped a 12-0 run to take the lead above 40 midway through the third period before she scored the final four points of the quarter to give Lions a 77-30 lead heading into the final break.

Stewart completed a clean sweep of opening scores as she drained  a pair at the foul line to open the quarter and London steadily increased their lead with a 30-12 period to wrap up the win.