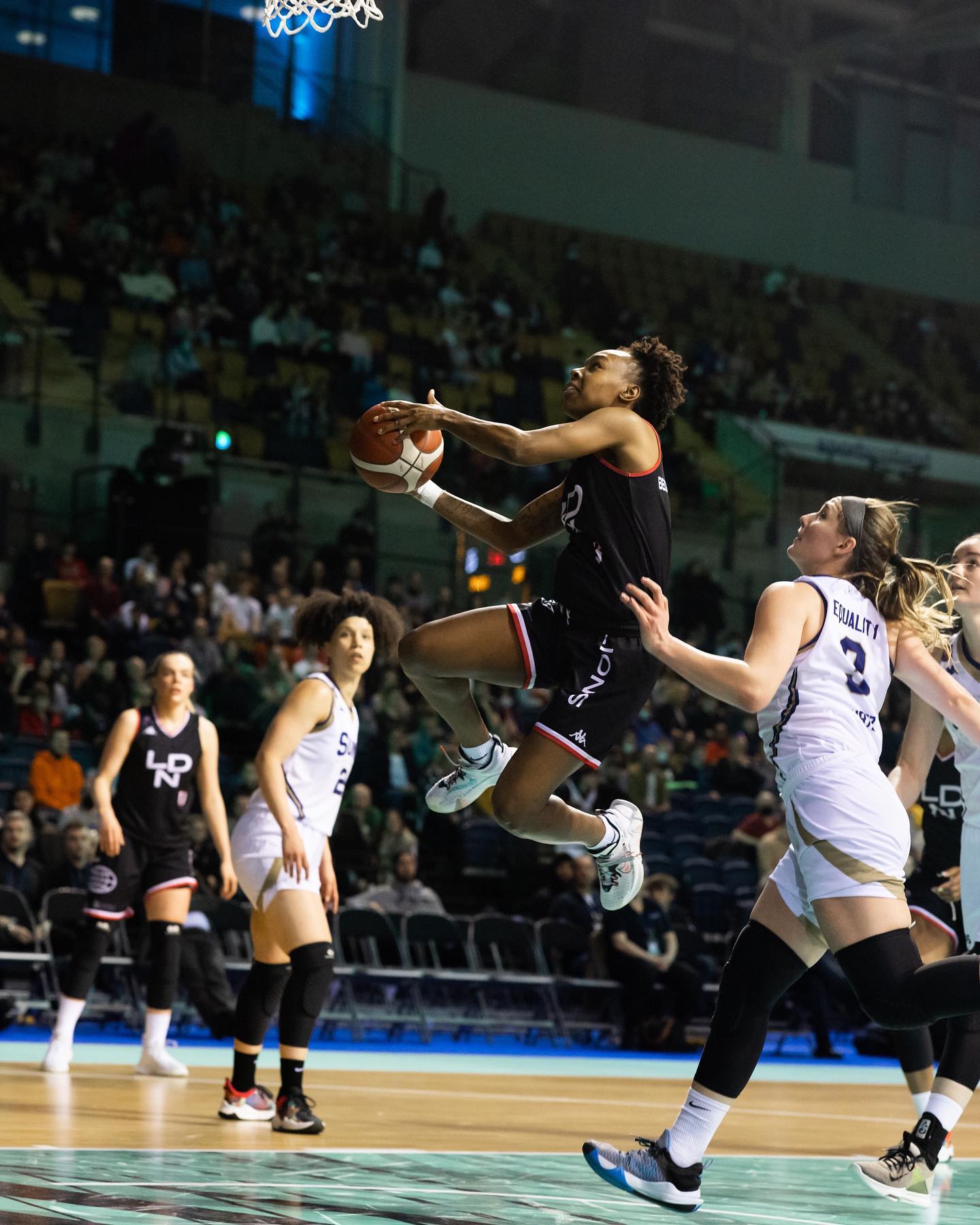 A dominant second half saw London Lions retain the WBBL Trophy with a 72-36 hammering of Sevenoaks Suns, on Sunday.

A big crowd at the Emirates Arena in Glasgow saw Mark Clark’s side dismantle their main rivals for the league title with a 39-13 second half.

Jo Leedham continued her fine season with 14 points, six rebounds and as many assists in just 23 minutes, while captain Shanice Beckford-Norton came off the bench to finish with 11 points and three rebounds as Clark was able to share around court time with nine of his 11 player roster logging double-digit minutes.

Winterburn drained a triple to open the scoring and Leedham made it 5-0 before Sun reeled off eight successive points. But Winterburn hit five straight points and Kennedy Leonard converted a driving lay-up before Winterburn’s triple gave Lions a 16-8 advantage at the first break.

Beckford-Norton opened the second period scoring before Renee Busch buried a three for the Kent side and that set the tone for the period where the sides exchanged baskets. Winterburn and Cassie Breen both hit triples before Leonard drained from the Land of Plenty to give Lions a 33-23 lead heading into the locker room.

Leedham hit a pair of baskets to start the third period as Lions reeled off a 9-0 run, and although Cat Carr – the only Sun to finish in double figures with 12 points -  broke the tear , Leedham drained from downtown to spark a 10-0 London run as Beckford-Norton’s basket made it 53-25 with three minutes remaining.

Scores from Shequilla Joseph and Beckford-Norton saw Lions go into the final break 56-29 ahead before Beckford-Norton’s triple sparked a 7-0 run to start the fourth quarter.

There was no way back for Suns, and it was fitting that Beckford-Norton would complete the rout before lifting the Trophy for Lions second piece of silverware this season.