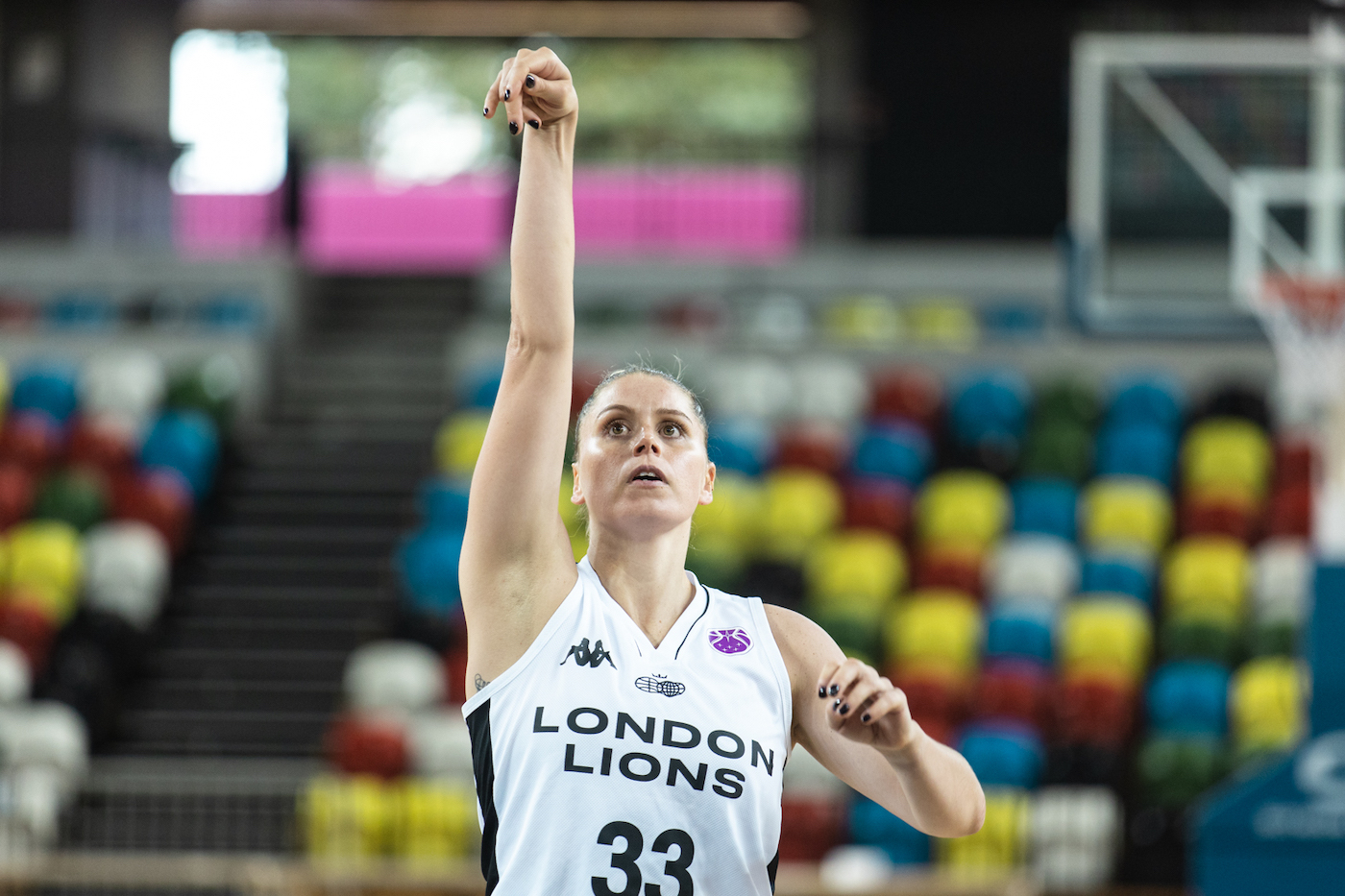 London Lions recorded one of the biggest victories for a British team in European competition on Wednesday night as they defeated Tango Bourges 65-64 at Crystal Palace.

There’s still a second leg of the FIBA Europe Cup last 32 tie in France for Mark Clark’s side but the narrow win will go down as one of the best results a British side has recorded as the Lionesses edged out a club who have been champions of Europe on three occasions.

The French club arrived in south London as the number one seed in the competition after winning all six of their group stage games, averaging more than 99 points per game, but a superb defensive performance by the hosts saw them take a one point lead into next week’s second leg.

Jo Leedham-Warner led the way for Clark’s side with 16 points, eight rebounds and four assists, while Shanice Beckford-Norton added 13 points and five boards. Chantel Charles added 12 points, while Holly Winterburn had 11 as both players collected four rebounds, with Azania Stewart finishing with nine points and eight boards in a balanced Lions offence.

Isabelle Yacoubou led the visitors with 17 points and seven rebounds, while Kristen Mann had 12 points but leading scorer Ilana Rupert was held to zero points for the French team as Clark’s team produced an outstanding defensive performance.

Endene Miyem gave the visitors what proved to be a rare lead with the opening score of the game but Winterburn replied off Kennedy Leonard’s assist and Leedham gave Lions the advantage inside the first three minutes.

Laetitia Guapo drove to the basket to give the French side a 13-12 lead with 1:50 on the clock but Stewart kept Lions in touch as they went into the first break trailing 17-14. Winterburn hit a trey off another Leonard assist as Lions tied the game with the second quarter’s first basket before Stewart gave the hosts a lead they wouldn’t lose in the first half.

Leedham-Warner took the advantage out to six with 5:37 on the clock and the visitors’ timeout made little difference and Paige Robinson-Miller took the lead to eight points with a layup. A pair of Winterburn free-throws kept Lions up by three as Bourges fought back to make it a three-point game and Leedham hit a pair at the line to give London a 40-34 half-time lead.

Leonard’s jump shot got Lions off the mark after three third period minutes and Winterburn hit a floater to make it 44-38 after five low-scoring minutes. The game remained tight with baskets at a premium but Charles drained a three to give the hosts a six point lead, and Lions took a 49-43 advantage into the final break.

Winterburn’s lay-up made it a five point game with a little over two fourth period minutes gone, only to see Mann answer with a triple, but the visitors whittled the advantage down to 55-54 with five minutes on the game remaining.

Elin Eldebrink gave the visitors their first lead since early in the second period, only to see Leedham-Warner hit a triple to put the hosts back in charge and Stewart made it a six point game heading into the final three minutes.

It was tough going down the stretch for a Lions team who played only seven players – Stewart and Paige-Robinson sharing the centre position – but Stewart converted a lay-up with 29 seconds on the clock before missing the bonus shot after being fouled and although Yacoubou converted a three point play of her own, Lions held on for a memorable victory.