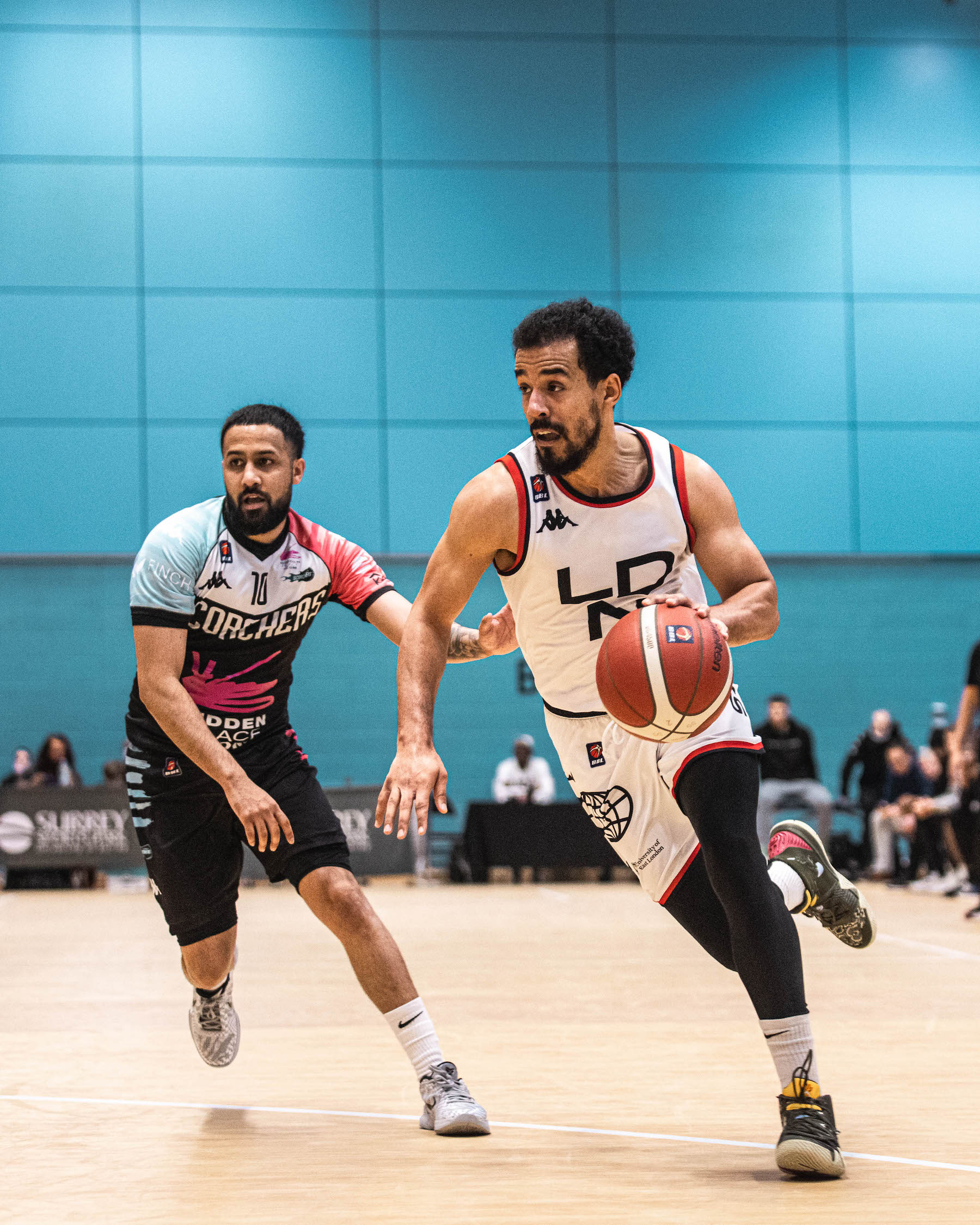 A strong second half performance wasn’t enough for a depleted London Lions side as they went down 78-77 at Surrey Scorchers on Saturday afternoon.

Coach Vince Macaulay was only able to use six players against the struggling Scorchers and after trailing 41-36 at half-time, the Londoners came up just short in the second half as Tayo Ogedengbe’s lay-up with 58 seconds on the clock gave the hosts the victory..

Lorenzo Cugini led the visitors, hitting five triples in his 23 points, adding seven rebounds in 39 minutes. Will Neighbour had a season-high 18 points and seven boards as he sat down for just 90 seconds. Dirk Williams played the full 40 minutes to finish with 16 points and seven rebounds, while Justin Robinson had eight points, seven assists and six boards.

Lions started slowly but a Williams jump shot followed by a Cugini triple saw them lead 8-7 with just over two minutes gone.

But Surrey hit back and Legend Robertin’s free-throw capped an 11-0 run, eventually broken by a Neighbour triple before Cugini closed out the period with back-to-back triples and a lay-up to send the visitors into the first break leading 21-20.

Andre Lockhart opened the second period scoring with a pair at the foul line before former Lion Jules Deng Akodo and Williams exchanged triples Williams hit another three to put London 29-27 ahead after three minutes but that proved to be their final lead of the half as Scorchers finished strongly to lead 41-36 going into the locker room.

A pair of Kylor Kelley free-throws and a Cugini basket cut that deficit to one in the early stages of the second half, only to see Ogedengbe hit a trey to keep the hosts ahead. Triples from Robinson and Cugini kept Lions in touch  but Raftopoulos put Scorchers ahead by seven at the midway stage in the third period.

Williams and Neighbour both his back-to-back shots to keep Lions in the game before lay-ups from Robinson and Williams kept their side within four as Scorchers took a 65-61 lead into the final break.

Ogedengbe hit a trey to extend Surrey’s lead at the start of the fourth period before Neighbour and Cugini both scored from the Land of Plenty to give Lions a 69-67 lead with two minutes gone.

Scorchers replied with five points before Lockhard cut the deficit to 74-73 with 3:45 on the clock. Neighbour put Lions back up by one with a hookshot only to see Ogedengbe reply with a dunk.

Lockhart’s pull-up jump shot gave his side a one pointlead with 73 seconds on the clock but Ogedengbe replied before both Robinson and Cugini saw shots rim out as the hosts held on for their first league victory of the season. 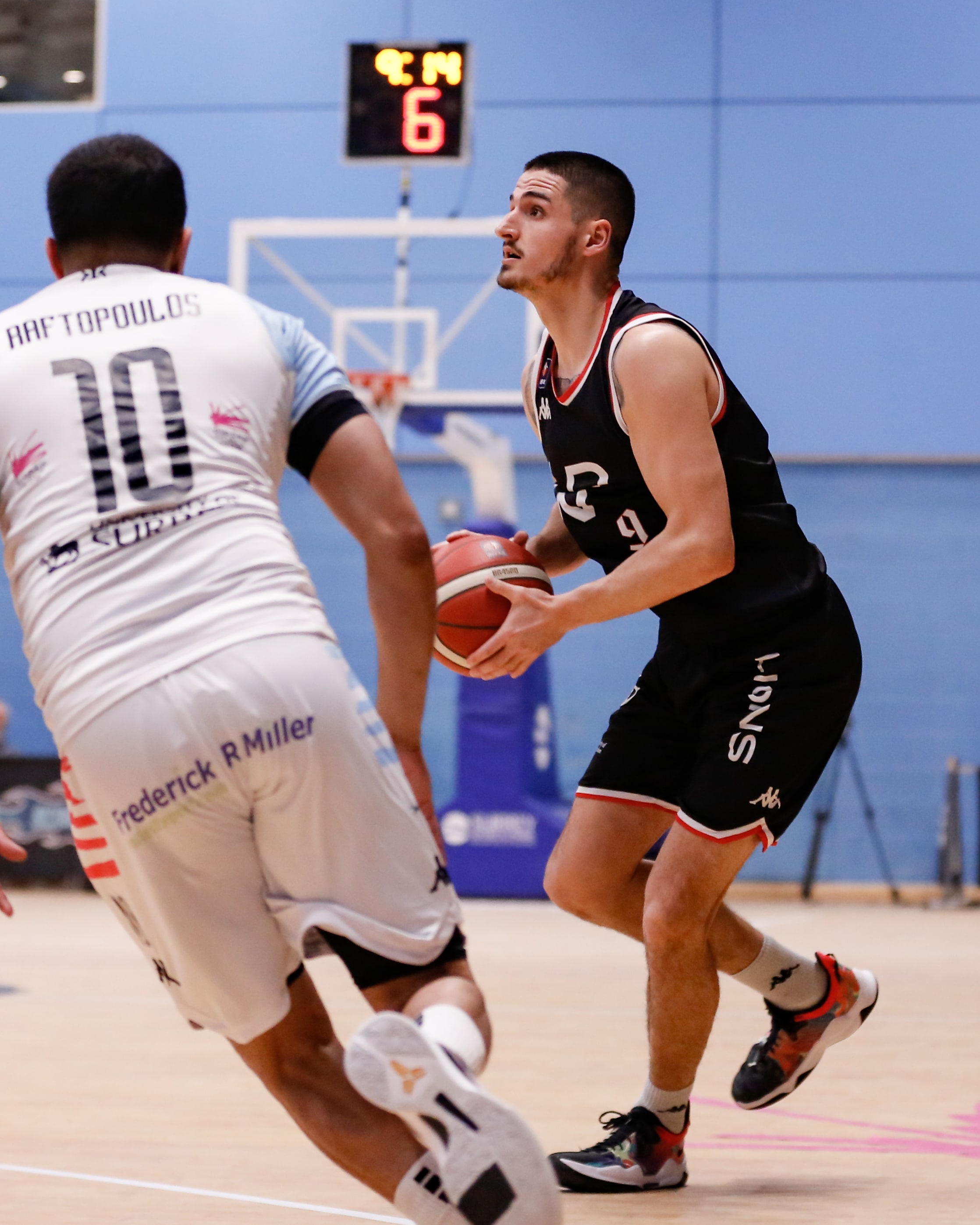 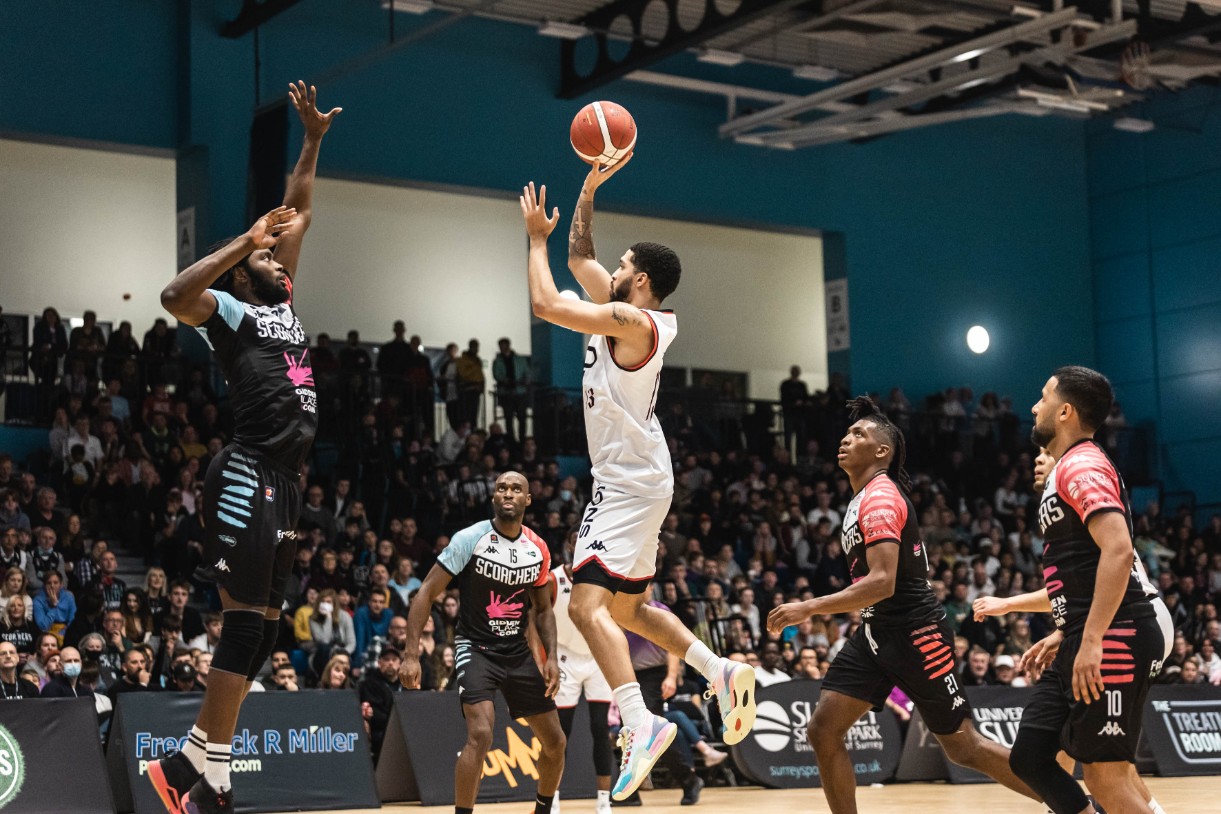 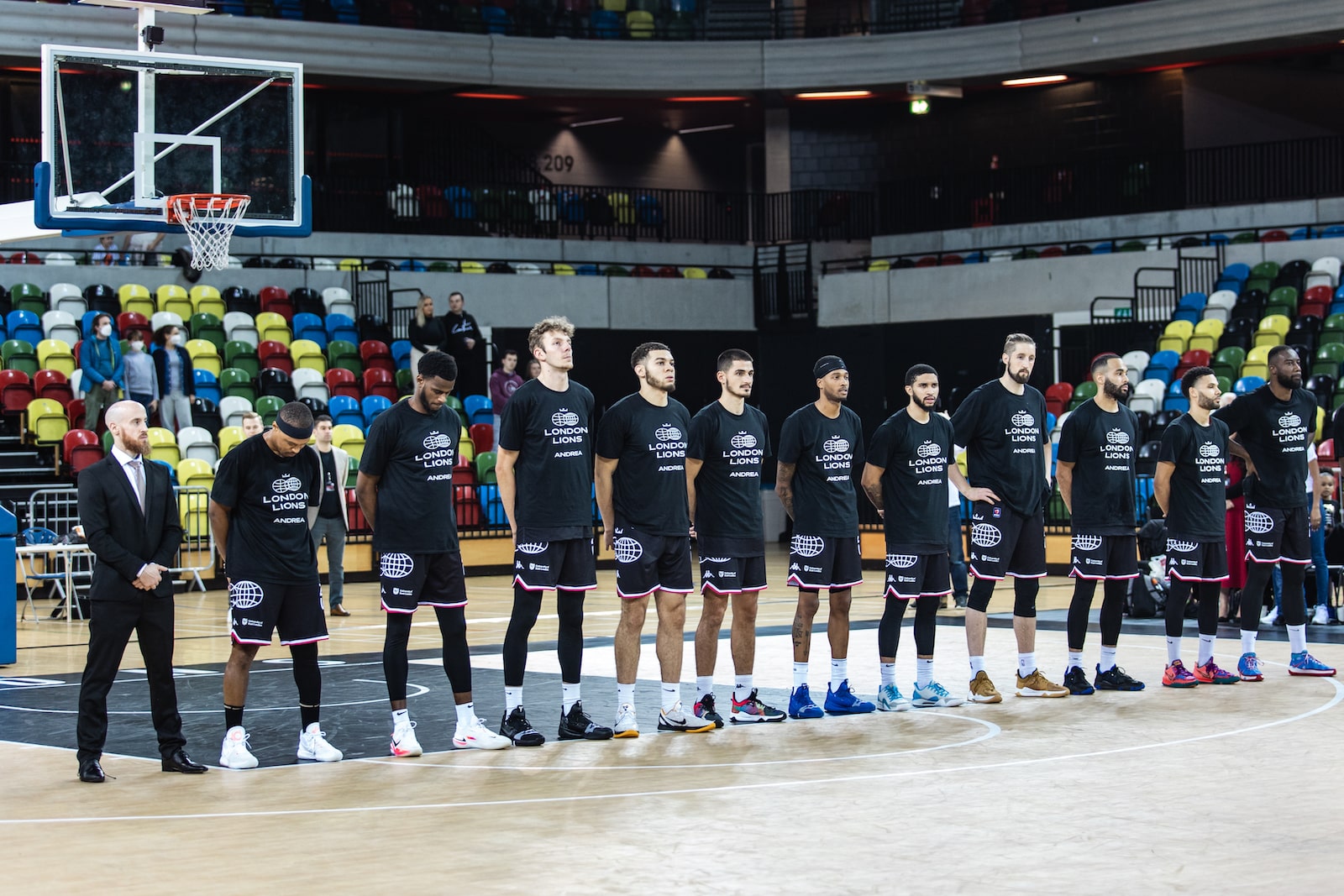