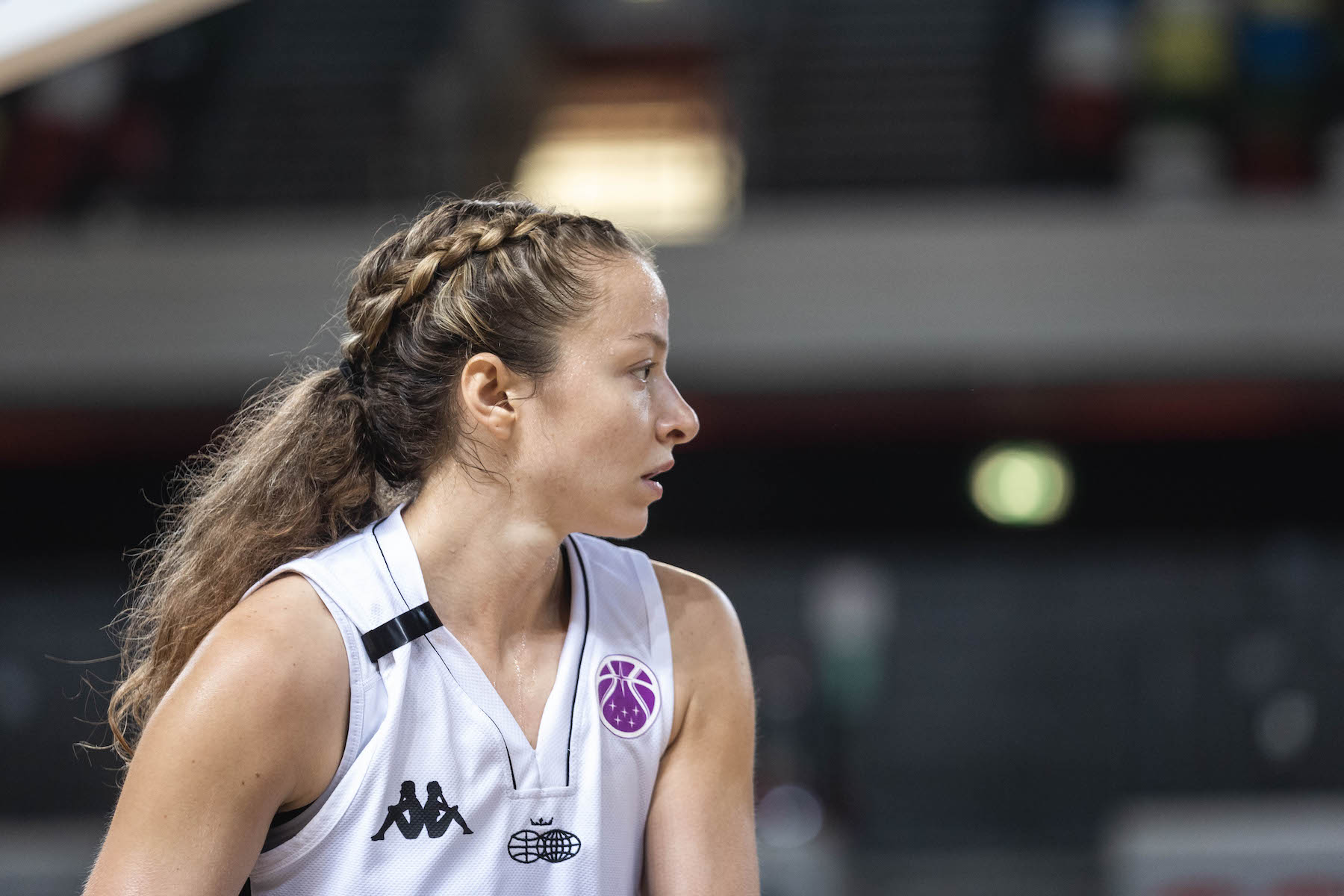 An incredible performance from Kennedy Leonard

An incredible performance from Kennedy Leonard helped London Lions women to a 117-51 victory against Gloucester City Queens, on Saturday.

Leonard broke her own WBBL record with 22 assists, adding 16 points along with five rebounds, six steals and a block for good measure.

Cassie Breen and Shanice Beckford-Norton were also on hot form, as they dropped 23 points and 21 points respectively, despite starting from the bench and playing a combined 45 minutes between them. Steph Umer missed a double-double by a rebound, with 15 points while Jo Leedham added a 12 point, 12 rebound double-double.  Holly Winterburn and Chantelle Charles each chipped in with ten points while Marlee Ball led the scoring for the Queens with 14 points, with former Lion Melita Emanuel-Carr adding 11.

It was a dominant performance at Barking Abbey as Mark Clark’s team recorded a 34-0 third period, going on an incredible 48 point scoring spree that started in the first half and finished in the fourth period. They also controlled the boards, out-rebounding the visitors 52-21 to make it four wins from as many BBL Championship games.

Clark was understandably pleased with his side’s win: “I’m really happy after performance against Gloucester, they have had some decent results in their first season in the WBBL” he said. “But we have had two very good days of practice and responded really well to the loss in the Europe Cup. So while it looks like we had an easy game it was our performance level that was good.

While Kennedy, Cassie and Shanice will grab the headlines, because of their points and Kennedy’s assists, I want to again mention that Paige Robinson has really stepped up this year. The benefit of having Azania [Stewart] on the roster has really helped her development. Week in week out she’s getting better and she was exceptional in the game against Gloucester.”

Leonard opened the scoring off a Leedham assist and Winterburn converted an and-one but there was little sign of the carnage that was to follow and it took back-to-back drives to the basket from Beckford-Norton to give Lions a 25-20 first period break.

It was still a four point game after two second period minutes when Breen’s trey launched the 14-0 run that would put Lions in charge. Leedham also scored from downtown while Breen twice scored three-from-three at the foul line and wrapped up the tear with a drive.

Ball scored what proved to be Queens’ last points for a whole with 2:18 on the clock before Umeh’s lay-up gave Lions a 54-34 half-time lead.

While Breen and Beckford-Norton both scored from downtown, it was Lions’ inside game that battered the visitors in the third period as they repeatedly drove to the basket off Leonard assists to keep the scoring ticking up to 88-34 at the final break.

Triples from Leonard and Valentina Klocker helped Lions score the first ten points of the fourth period before Clare Abbott ended a near 15-minute drought for the visitors, only to see Klocker hit another triple before the teams exchanged baskets to finish the game.