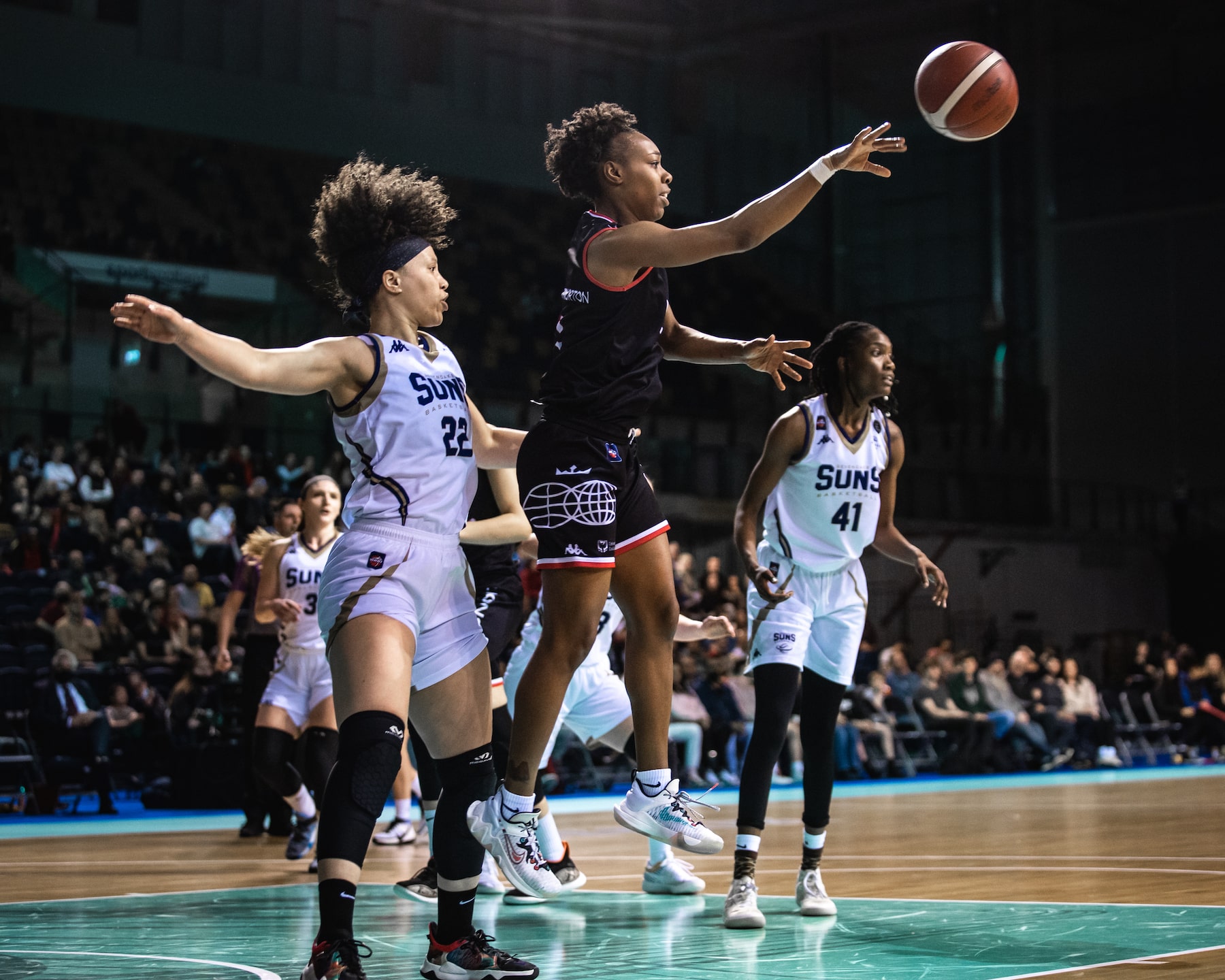 Lions captain Shanice Beckford-Norton was bouncing after her team won the WBBLCup with a 72-36 victory against Sevenoaks Suns at Emirates Arena, on Sunday.

“Just like winning the Cup, it’s one more the resume” she said. “We were all excited about the challenge that Sevenoaks would bring with their talent and experience, but we have confidence and we did what we told ourselves we could do.

“It was a slow start for us, but in the second half we cranked it up and it was a big win for us. I had a look at our stats and the only two things we’re not leading in are points conceded and rebounding, that something I’ll talk to the team about. We concede 53.5 points per game, so to hold the other undefeated to 36 points is phenomenal and shows how far we have come.”

Beckford-Norton came off the bench to finish with 11 points and three rebounds, and after initial doubts was pleased with her performance: “I was a little disappointed about how I played but I watched the game today and I think I did a good job defensively, and so did the rest of the team.”

Lions now face Solent again on Friday, with the Kent side visiting the Copper Box for a 4.30pm tip-off. Both sides go into the game with perfect 14-0 records and Beckford-Norton is looking for a repeat performance:

“We have to do it all again” she said. “We want to put on a good show at home and a big win would go a long way towards winning the league.”