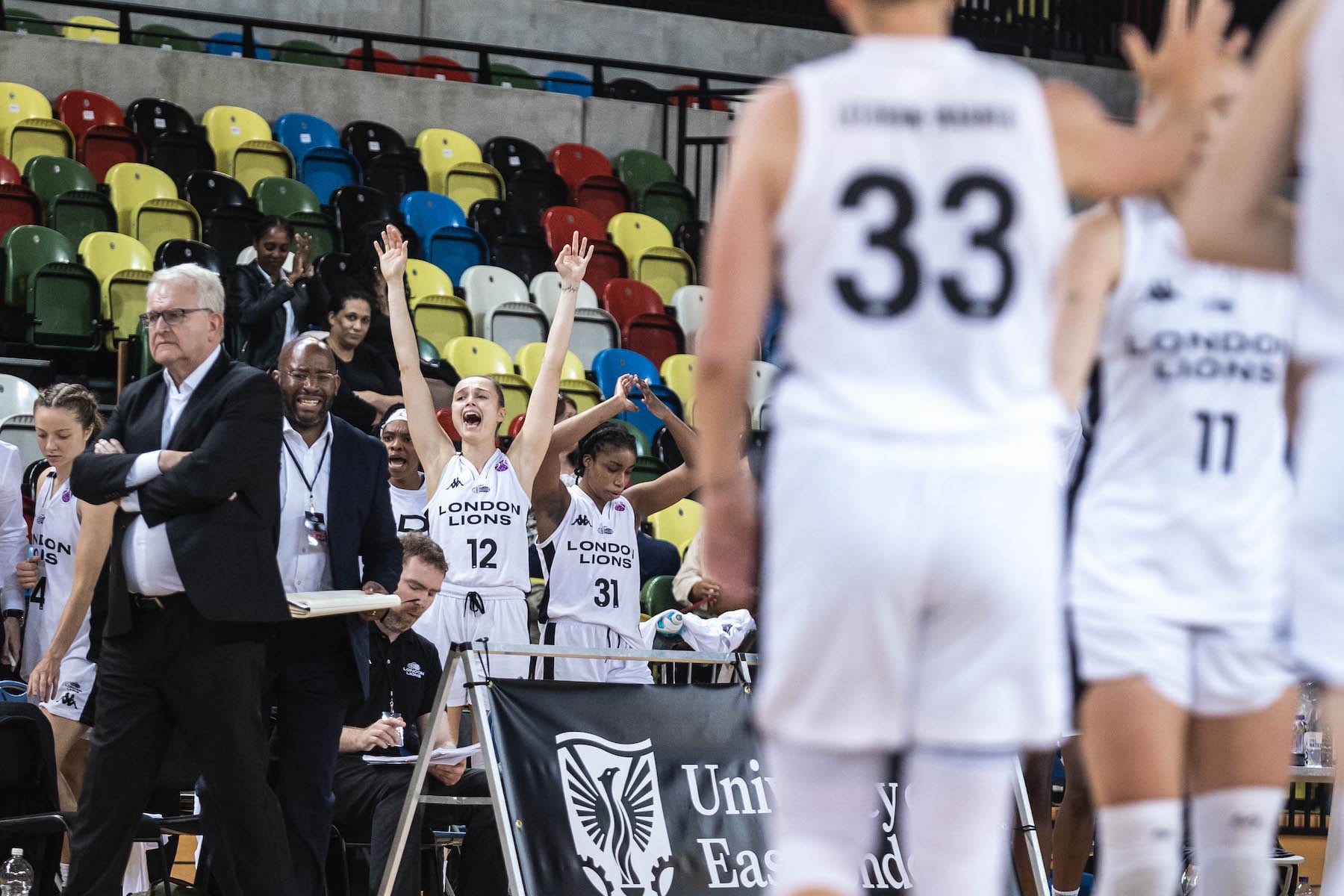 Mark Clark was a very happy man as his London Lions women’s team collected a second FIBA EuroCup victory of the season with a 69-63 victory against Castors Braine at the Copper Box on Wednesday:

“It foes without saying that I’m very pleased to get our second win of the competition, and for it come against a club steeped in Europe tradition and with EuroLeague experience make it even better” he said,

“It’s a big win for us and I’m enormously pleased and proud of the effort that the group put in.”

Lions were tied at the end of third period but blew the seven time straight Belgium League champions away in the fourth to lead by as  many as 11 points at one stage. Clark credited his staff for the excellent final quarter:

“A lot of credit should go to Rikki and Zak for an excellent scouting report, but also to the players for implementing it. In the fourth period we had the chance to put our mark on the game and we wore them down. It was a good all-round team effort from the players and the staff.”

Lions were without Jo Leedham,  and Clark was pleased with how Shanice Beckford-Norton performed as she slotted into her starting role: “Jo had a back spasm yesterday, and it was touch and go whether she played, but I think she made the right decision in the end.

“Shanice started most of last year and at the start of the season, when she’s playing well and making good decisions, she can play at a high level. The EuroCup can be a great competition for her and while she continues to make good decisions she can be a great asset for us.”