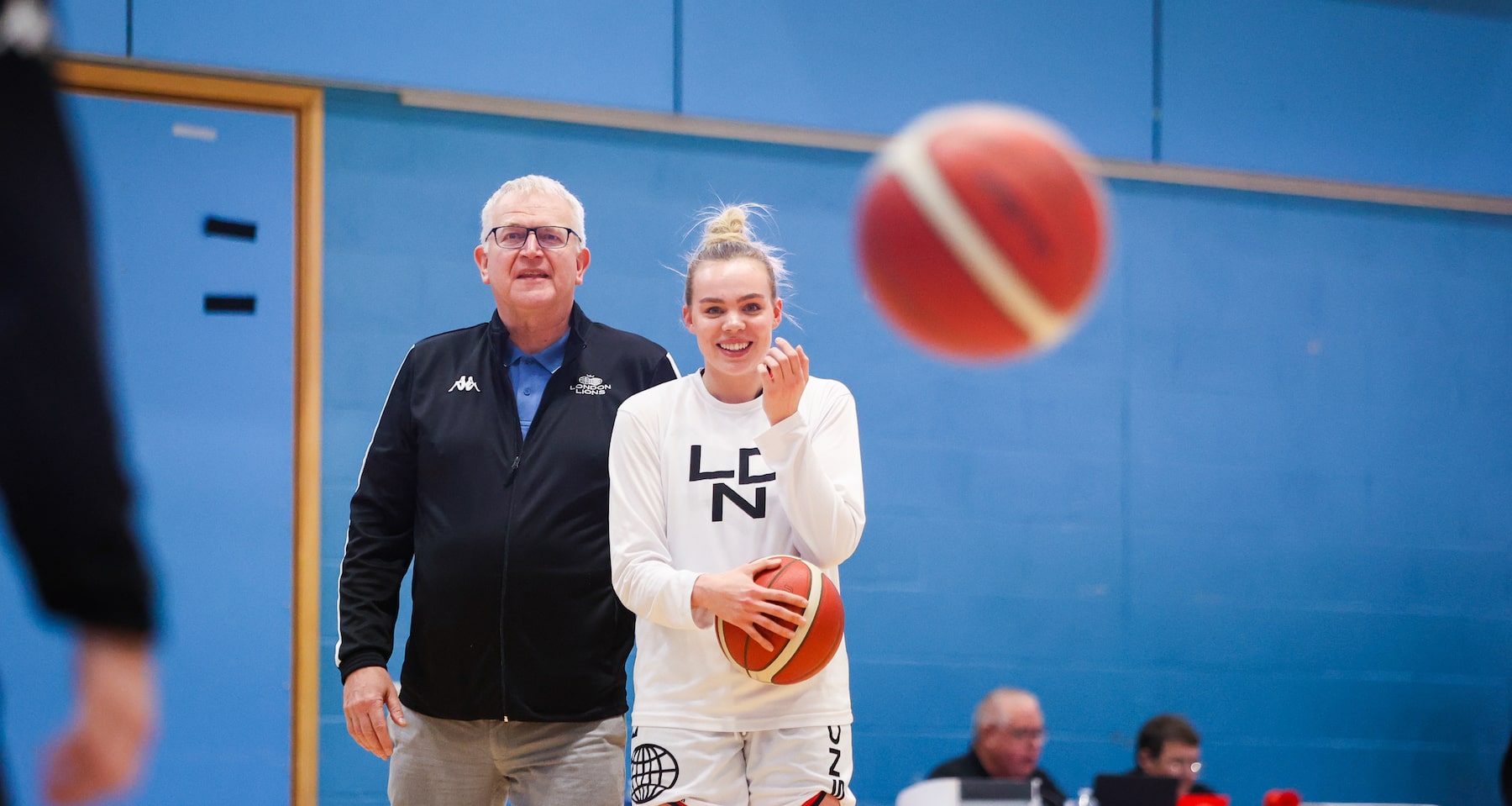 Mark Clark was delighted with another superb first half as his London Lions team reached the WBBL Play-off final with a 104-59 victory against Caledonia Pride at the Copper Box, on Sunday.

Whereas last week’s victory against Durham was built around stifling defence, the win against Pride saw Lions pour in an impressive 59 points in the opening 20 minutes.

“I thought our offense in the first half was our best since the [WBBL] Trophy final” he said. “We were very good, but we had to be because Pride played really well and challenged us as well as anyone has this season.

“I really like the job Bart [Sengers] is doing, and Laken James has had a career season. They should be really proud of how they finished the season, that’s not being patronising, they’ve done a great job. They tried to play positive, but statistically we were great in the first half.”

Holly Winterburn was in sparkling form as she dropped 21 first half points on her way to a 29-point, seven rebound, three assists game, and Clark had praise for the young Brit:

“It sounds like a cliché but I’m always pleased with how Holly plays, she’s not going to shoot 87 percent from the field every week but when she starts concentrating on what’s going well rather than being her biggest critic, she has some great games. To have 32 assists on 35 field goals is a fantastic stat. It was Holly’s turn this week, and on other weeks it’s been other players who stepped up, and that’s why we’re so hard to guard.”