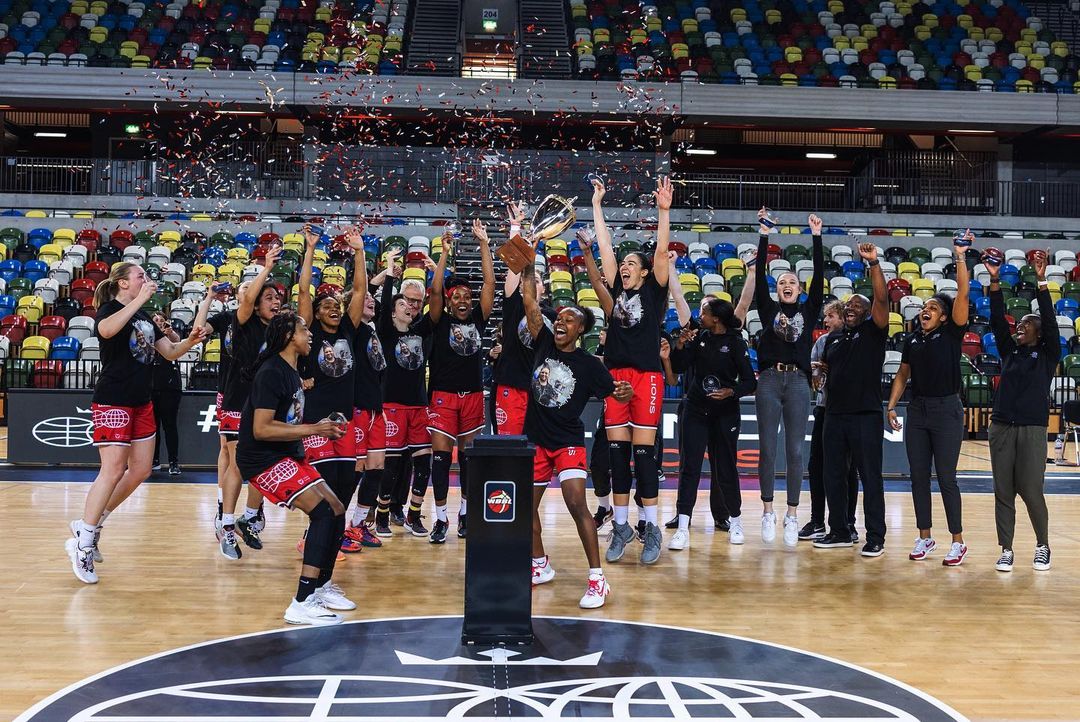 “It’s not about one win on Friday, I’m so pleased and proud about how we’ve played for a full season” he said.

“As a coach it gives me a great feeling that we’ve never got sloppy, we’ve held ourselves to account and I couldn’t be more happy for the players.”

Even after four games in seven days, Lions still practiced on Saturday and Clark is determined that his side will complete a perfect league season with a victory at runners-up Sevenoaks Suns on Sunday:

“We didn’t go crazy on Friday, we celebrated a bit but we want to complete the job at Sevenoaks. A 100 percent domestic season would underline the belief and commitment that the Lions organisation made to the women’s team and I can’t underestimate or under value what they’ve enabled us to achieve.

“They could have been happy with last season’s play-off win. But the organisation weren’t happy just to maintain that level and it means a lot that they have delivered what they promised."

“So we’re now looking to complete a perfect league season and defend our play-off title.”