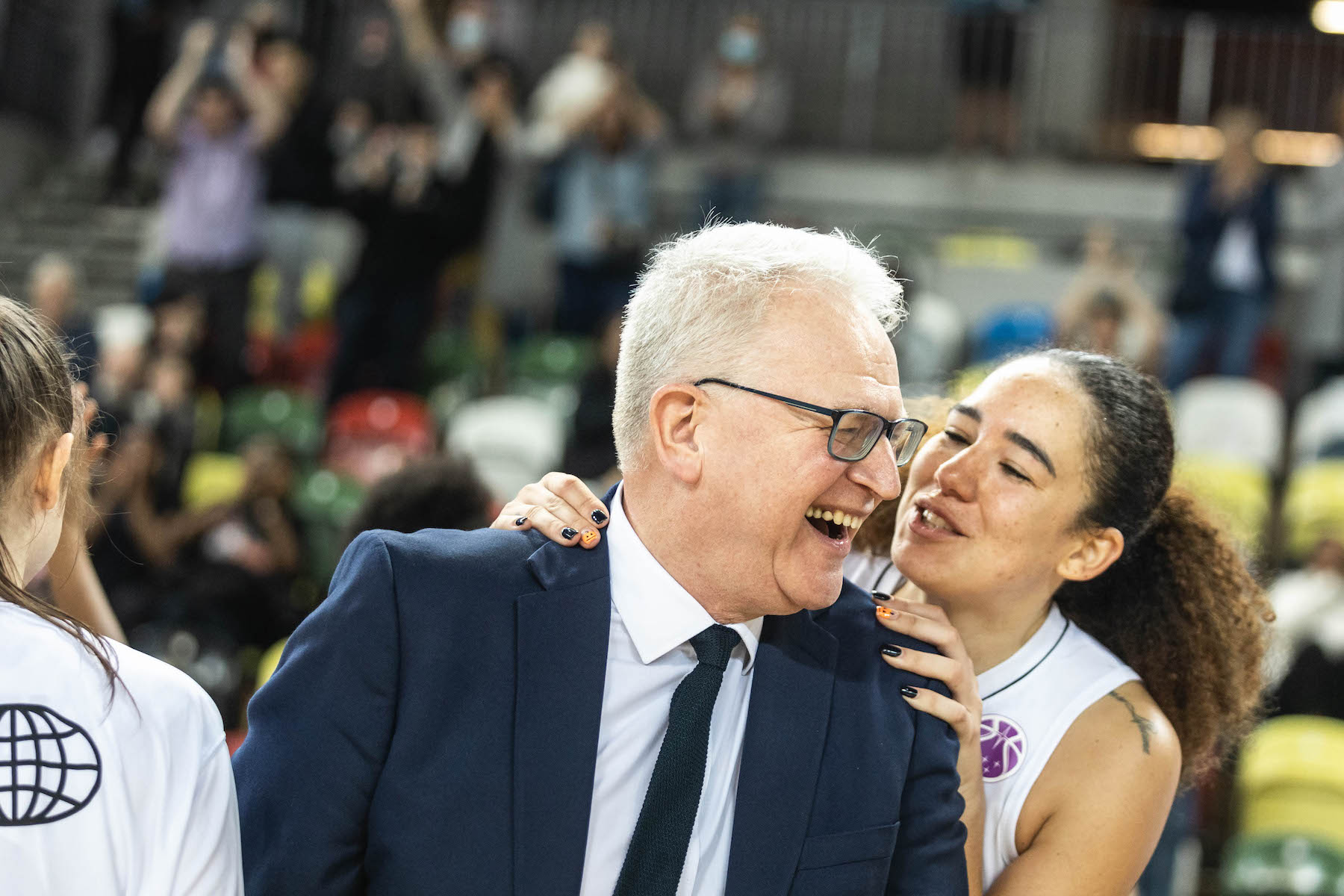 London Lions women’s coach Mark Clark has no doubts that his side face a massive test as they host Tango Bourges at Crystal Palace on Wednesday evening, 7pm.

The French side are one of the biggest sides in Europe having won five European titles, including three EuroLeague titles, and are the number one seed in the Europe Cup Women’s play-off stage.

“We’re so pleased and proud of the achievement of making the round of 32, and we’re playing literally one of the biggest names in European basketball” said Clark.

From way back when Andrea Congreaves was playing there through to Jo [Leedham-Warner] playing there, they’ve connections with British basketball. It’s a great opportunity to measure ourselves against the best. It’s probably the highest level game here since Palace beat Real Madrid, since Kingston beat Arris, since Towers were playing in the EuroLeague. It’s bringing the highest level of basketball back to the UK – male or female.

Bourges are one of the best teams in France and have won EuroLeague and reached final fours, they’re one of the best teams in Rurope and it’ll be a massive challenge for us.. We said that this year was about learning and putting a marker down in Europe. We’ll do everything we can to disrupt them and cause them problems. We’ve been competitive throughout the competition and we don’t see this last 32 game as being any different. However much the odds are stacked against us, we’ll always try to get a result as it would be a phenomenal achievement for the whole organisation and would make an announcement that Lions are a European club team

Bourges certainly showed their pedigree in the group stage of the competition, surviving a late comeback from Tenerife to win 80-79 in their opening tie before winning the remaining five games by at least 30 points.

They have the most potent offence in the competition, scoring 99.2 points per game and also handing out more assists, 29.2, than any other team. It’s a team effort, with Bourges having six players who playing in all of their group games averaging double digit scoring.

Ilana Rupert leads the way with 15.7 points, adding 4.7 rebounds in just 21 minutes per game. Veteran guard Elin Lderbrink adds 13.3 points along with a team-high 5.3 assists while Elodi Godin leads them on the boards with seven rebounds per game, adding 3.8 assists and as many points. Isabelle Yacoubou has an impressive 11.7 points and five rebounds in under 15 minutes per game.

Bourges were the first French team to win a FIBA women's competition, the 1995 Ronchetti Cup. And the club's most successful years to date ranging between 1995 and 2001, with three Euroleague titles and six national championships in a row. They have been French League champions 13 times and won the cup seven times.

Lions have been boosted by Leedham-Warner and Leah McDerment returning from injury during Saturday’s 87-47 victory at Durham Palatinates. Leedham-Warner had returned injured from GB duty last month while McDerment has only played one game this season.