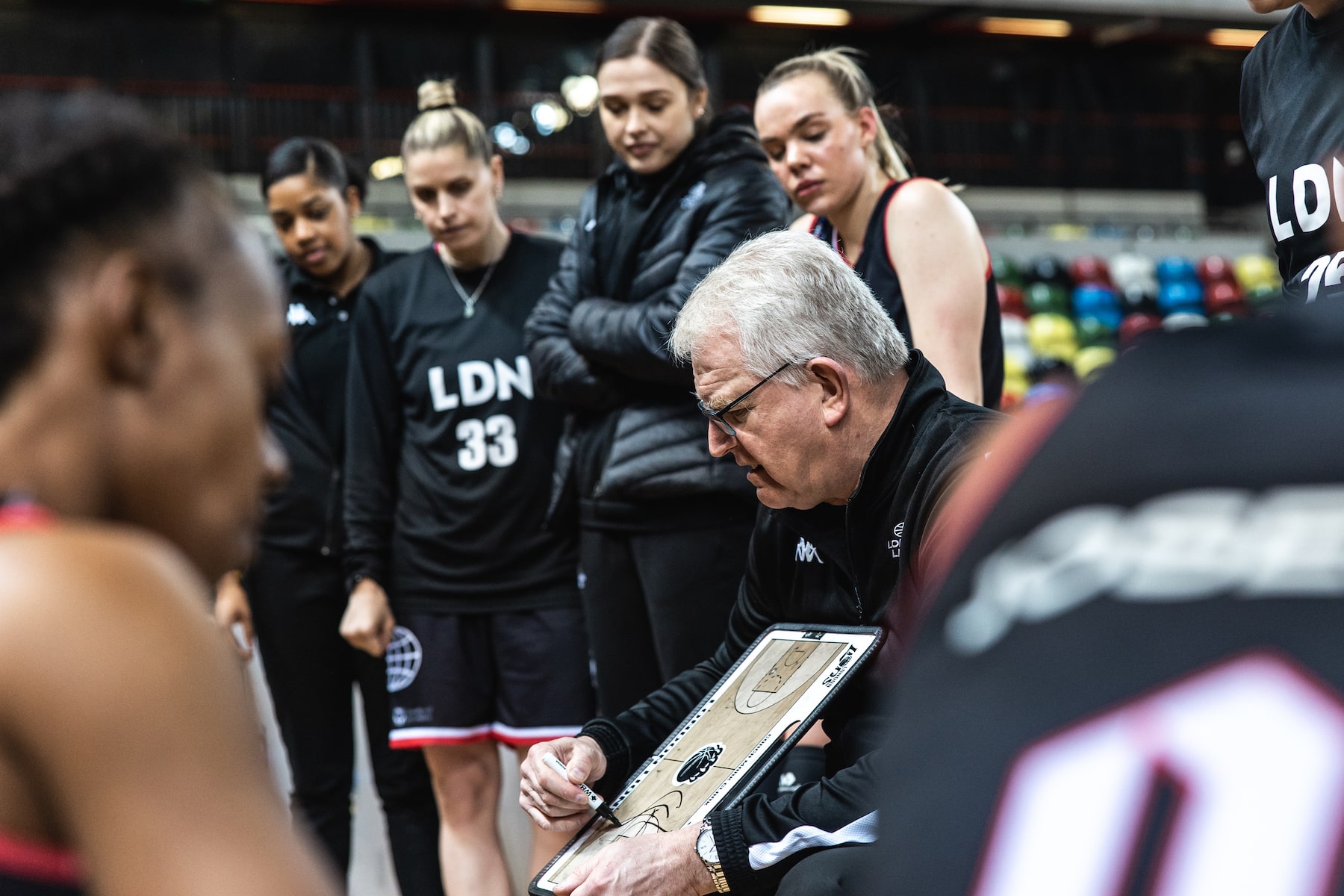 It’s a massive weekend for Lions women’s team as they look to move towards the WBBL title, and coach Mark Clark is ready for the challenge.

Lions host Caledonia Pride at 12.30pm on Sunday before Hatters visit at 3pm the following afternoon, with both games taking place at University of East London.

“We’re expecting some good tests over Easter Sunday and Monday, and we’ll give both Caledonia and Sheffield some respect” said Clark.

His side warmed up for the weekend with a 108-52 victory at basement side Gloucester City Queens, and the London play-caller was pleased with his side’s performance

“Obviously I’m pleased with how we played, and I always am impressed with our professional approach with whatever we face” he said “It was a difficult facility to play in at Gloucester but we just did a very professional job.”

“It was great for Grace to get reasonable minutes, she’s done well in practice and it’s good to see her translate onto the floor. But we’re straight back to practice. We have to give Caledonia and Sheffield every respect as they’ll give us tough tests,”

Pride go into an Easter weekend that also sees them in action at Essex Rebels on Saturday on a run that has seen only one loss in nine games, and that form has seen them move up to seventh with a 10-11 record.

The Scottish side will look to avenge their 102-48 home loss against Lions in early October, a game which saw Holly Winterburn lead London with 22 points, six assists and as many steals. Pride are led by Laken James’ 17.2 points, 7.2 rebounds and 3.8 assists while Sian Phillips adds 14.9ppg, 7.4 boards and 2.9 assists.

“Caledonia have people who can score and they have a great amount of momentum with young players who are fearless and believe in their coach” he said. “They have some great leadership from their senior players and a nice balance. Behind us, they probably have the best form [in the league], they’re a team who are playing as well as anyone we need to be as good defensively as we have been for the whole season.”

Hatters arrive in East London still reeling from the passing of club founder and legendary former coach Betty Codona, and Clark acknowledges that they are running on emotion:

“Sheffield are the same as Caledonia in that they’ll give us a really good test. There’s a lot of totally understandable and appropriate emotion around their club at the moment and I’m sure they’ll put together a performance that will reflect Betty. There’s the memorial service next week, they’ll want to play hard and that’s what she installed in their club. Any team that has Helen Naylor and Georgia Gayle on their team is going to be difficult to beat.”

A recent loss against Pride ended any outside hopes Hatters had of a top-two finish, and they go into the weekend in third place with a 16-5 record.

Lions have recorded contrasting victories in Sheffield this season. A dominant performance saw them hammer the hosts 100-66 in November’s BBL semi-final tie before a depleted visiting side recovered from a big half-time deficit to with 67-65 in the league shortly before Christmas.

Young Great Britain international Georgia Gayle leads the Hatters with 16.2 points per game, adding 5.3 rebounds and 4.2 assists. At the other end of the age-scale, veteran Helen Naylor averages 16.1ppg, 5.9 rebounds and 3,1 assists.