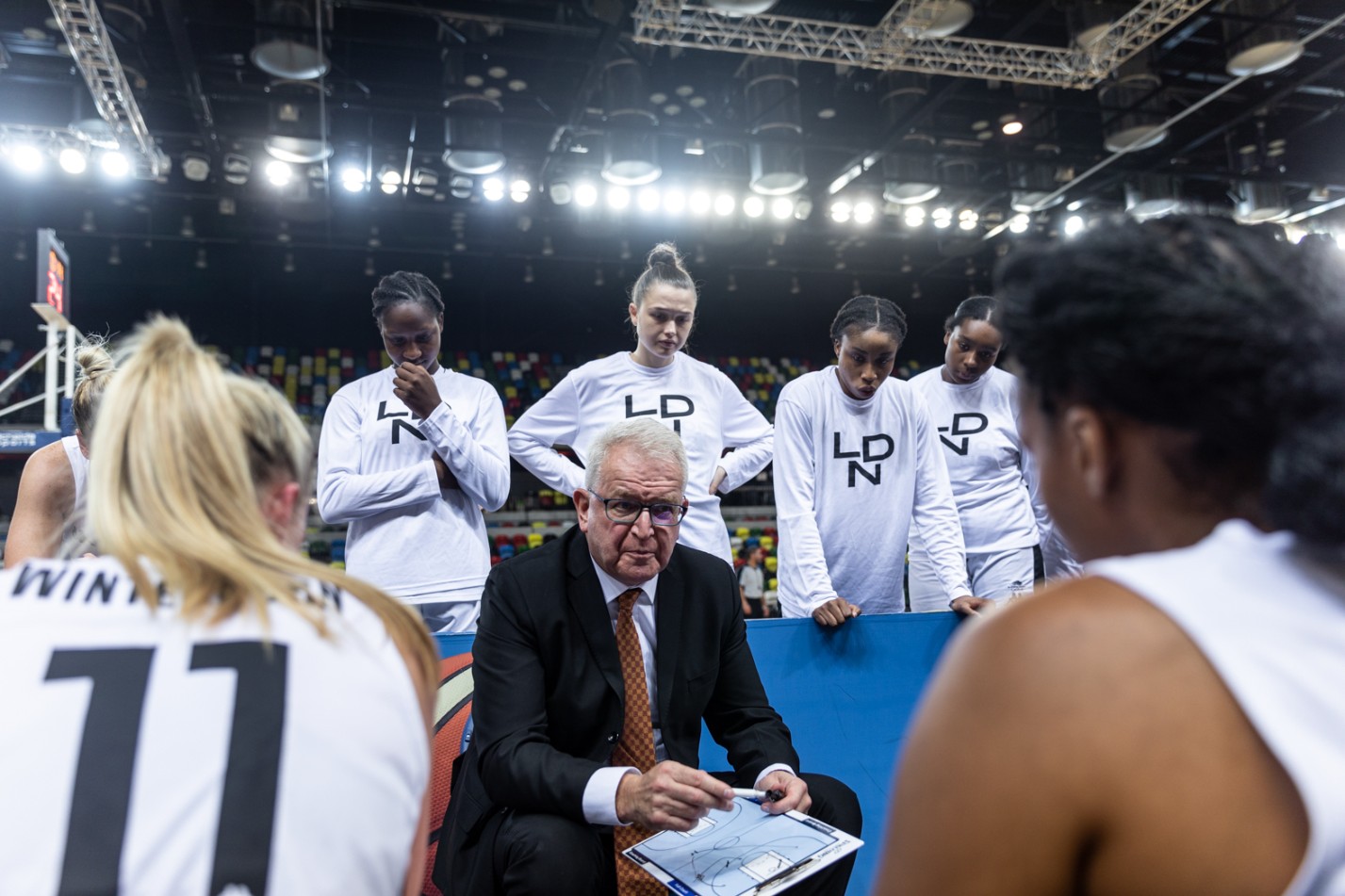 Clark looks for revenge against Brno

London Lions coach Mark Clark is looking for his side to gain revenge against Zabiny Brno when they meet in the FIBA EuroCup Women group stage on Wednesday.
"The Brno game is a big opportunity for us" said Clark. "The home loss was disappointing we gave up too many points on the glass. We'll correct that and a win gives us a great chance to make the play offs, but Brno great club with great tradition."

The Czech team won 82-74 when the sides met at the Copper Box in October, but with both sides going into the game with 2-2 records, and eight of the 12 teams that finish third in their group progressing to the knockout stage, a victory on Wednesday would give London a great chance of qualifying.

Brno’s other group stage victory saw them hammer Rutronik Stars Keltern 90-60 at home. They have a storied history having won Women’s EuroLeague in 2005/6, finishing as runners-up in 2004/5 and 2007/8 and well as collecting a couple of third place finishes.

The Czech side are led by American shooting guard Bria Chantey-Holmes’ 13.8 points, with the 27-year-old 4.8 rebounds, two steals and as many assists. Veteran Anna Jurcenkova leads the Czechs in rebounds with 8.3 boards per game, adding 8.5 points in 24 minutes, while point guard Petra Zaplapova adds 14.25 points to her team-high 4.25 assists and 1.75 steals.

Lions will be hoping that Holly Winterburn is fit to play after returning from Great Britain duty with an injury. The 21-year-old leads Lions in scoring in the competition with 16.4 points per game, adding 4.2 rebounds and as many assists along with 2.2 steals.

Wednesday’s game tips off at 5pm and is available on youtube.com/FIBA.