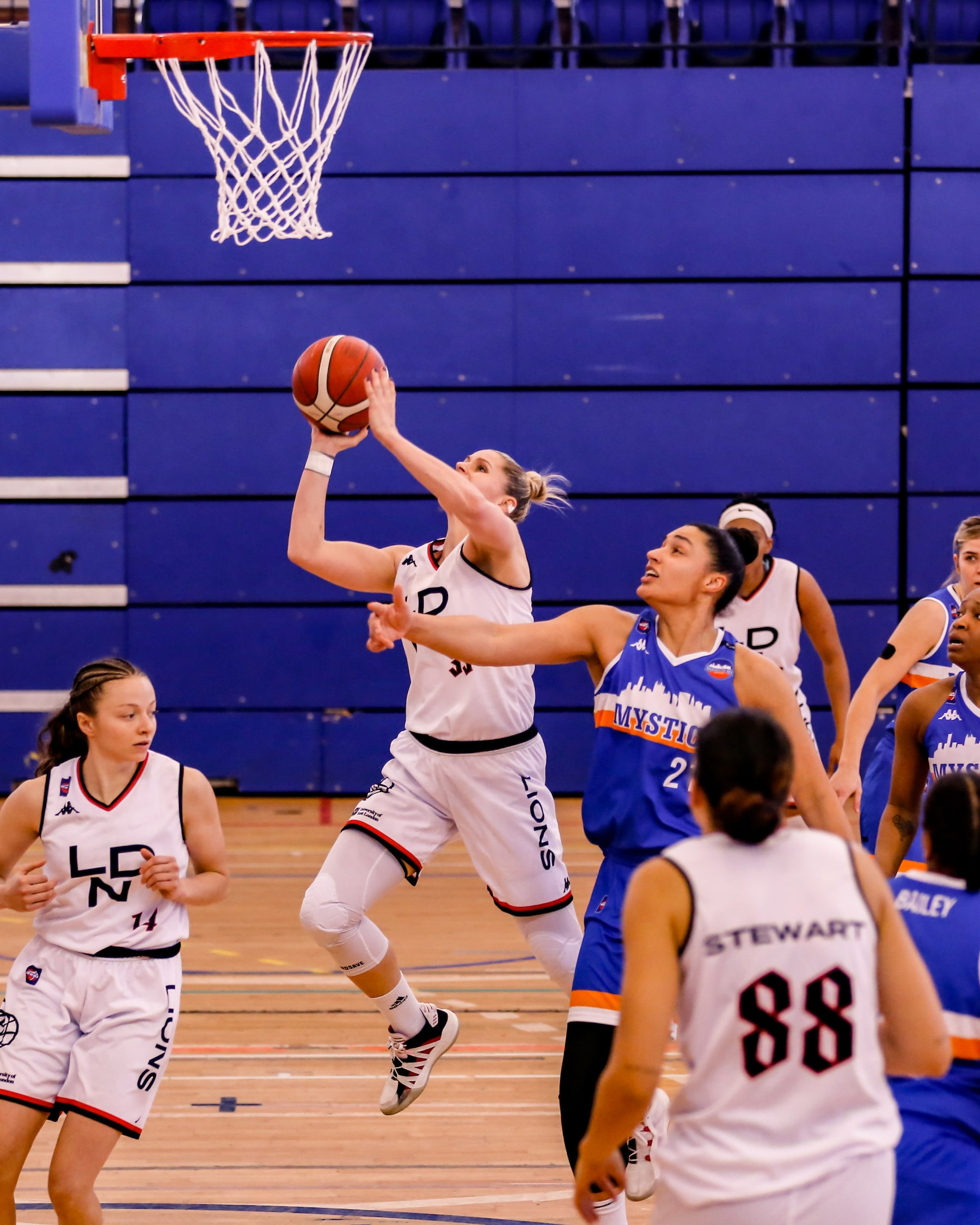 London Lions will look to extend their record breaking WBBL winning run to 29 games when they host Manchester Mystics at Barking Abbey on Sunday.

Mark Clark’s side have already lifted the BBL Cup and Trophy this season, and are currently top of the table with a perfect 17-0 record but the Lions coach isn’t taking fifth placed Manchester lightly:

“Obviously they still have a decent chance of finishing fourth, especially after Leicester lost last week, so they’ll be tough” he said.

“They’re experienced and have players on the floor who know what they are doing at a professional level. They will be well coached and the likes of Georgia Jones and Dominque Allen are quality players who will ask us questions.”

As Clark says, Mystics are involved in a battle with Leicester Riders for fourth spot, sitting a win behind the midlands side with a 10-8 record as both teams head into their final six games.

Erika Williams leads Jeff Jones’ side in scoring with 16 points per game, adding 5.4 rebounds. Georgia Jones was coached by Clark when he led the Great Britain team, and the point guard adds a team-high 7.2 assists and 2.3 steals along with 13.5 points, while Allen leads them with 9.1 rebounds, adding 10.4 points, two assists and 1.8 assists.

The two sides have yet to meet in the league this season, but Lions started their defence of the BBL Trophy with a 101-46 victory against Mystics at Crystal Palace. Kennedy Leonard led the way for London, adding six rebounds to her 20 point, 12 assist double while captain Shanice Beckford-Norton came off the bench to finish with 19 points and four rebounds. Cassie Breen's 15 points all came from three-point land off just seven attempts while Holly Winterburn had 13 points on a perfect shooting game and Azania Stewart added ten points in a balance scoring efforts. The hosts shot an incredible 60 percent from outside the three point arc, converting 14 of their 23 shots from downtown.