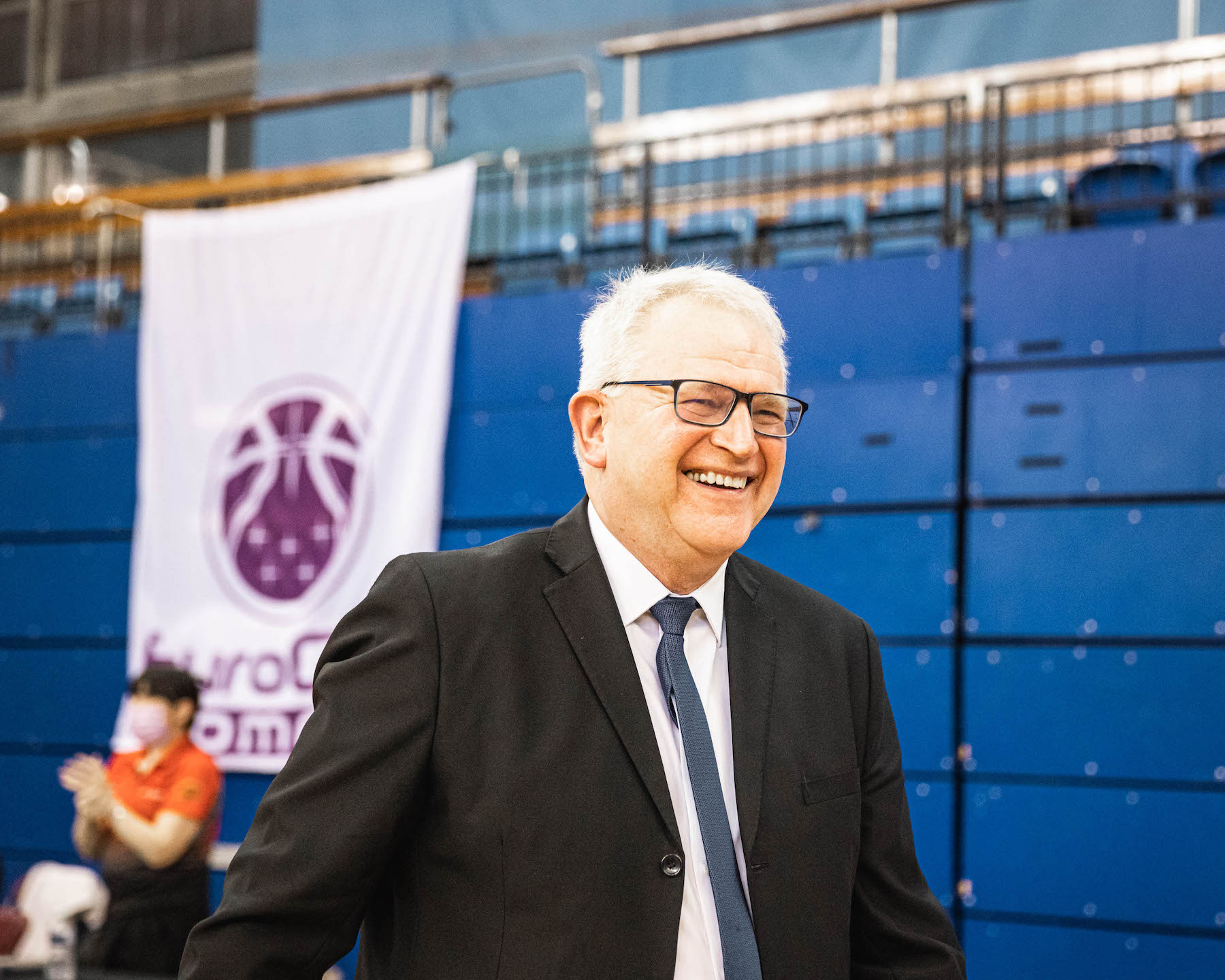 Clark: "This is the start of something"

Mark Clark believes the best is yet to come despite his side exiting the FIBA EuroCup Women on Wednesday evening.

After shocking European powerhouse Tango Bourges with a 65-64 victory in the last-32 first leg at Crystal Palace, Lions went down 96-65 in the second leg, but Clark remained positive:

“It’s never a great thing to talk about when you lose, but I think there are two thing that are worth discussing” he said.

“It’s been a great ten game series for us, start with the big win against Gran Canaria, some great performances in the group stage and of course a massive result against Bourges at home.

“But the most important this to stress is that this is that start of the something rather than the end. It’s the end of the beginning for the club in Europe and we’ll look to build on it and learn from the experience.”

Clark was pleased with Wednesday’s performance against the competition’s number one seed: “There were some great performances tonight” he said, “Azania [Stewart] was just immense. I think perimeter-wise Holly [Winterburn], Kennedy [Leonard] and Shanice [Beckford-Norton] have shown that they belong at this level and this is the start for them, and something to grow into. So we temper the disappointment of the result we’re going to being very positive about the whole campaign.”

Clark is now looking for his side to continue their perfect start to their WBBL  campaign:

“The big key is to keep playing at that level for the rest of the season, starting with the game at Leicester and then the WBBL Cup final. We need to continue at that level and we’ll have a successful season domestically.“

The final statistics show that Winterburn led the Lions in scoring with 14.6ppg, adding four rebounds and as many assists per game. Jo Leedham-Warner was limited to five games due to injury and Covid protocols, but finished with 13.8 points, eight rebounds and 3.8 steals per game. Leonard led the side in assists with 4.4 per game, adding 4.6 rebounds, while Stewart’s 8.8 board per game saw her lead the London team’s rebounding. Captain Beckford-Norton also finished with double-digit scoring on 12.7ppg, adding 4.6 boards.