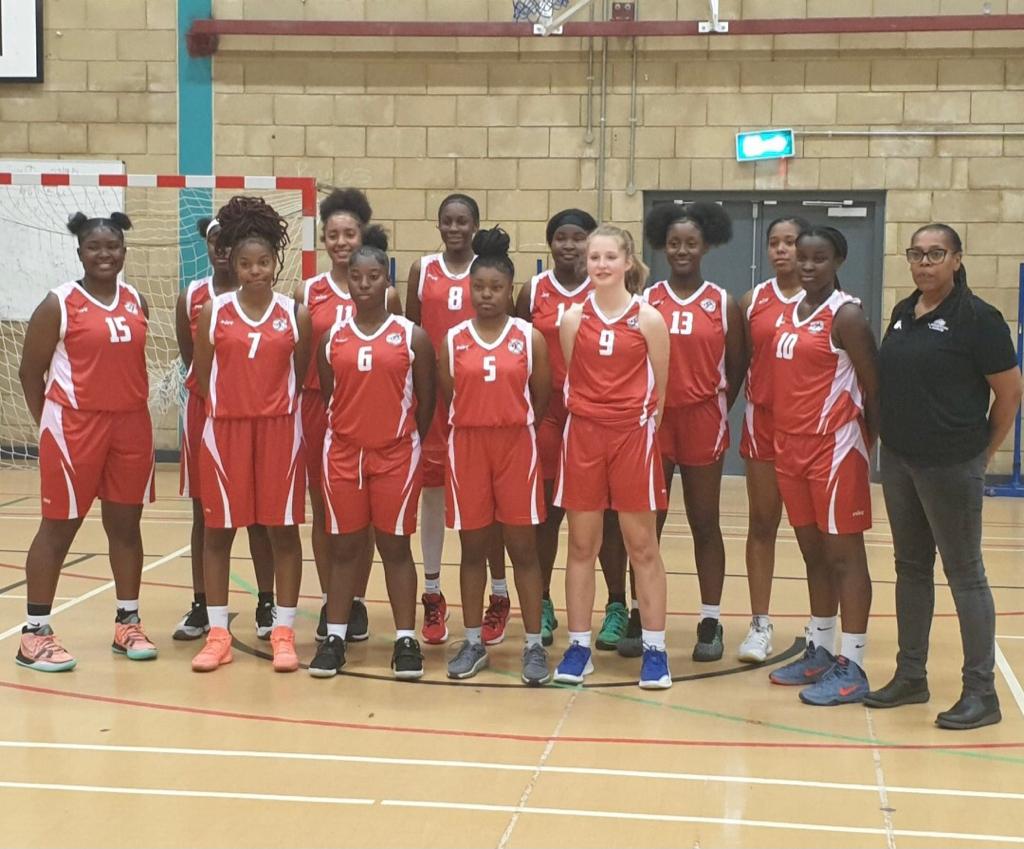 There were contrasting results for Lions’ two NBL Division One sides after another full day of action at Barking Abbey, on Saturday.

David Lavinier’s young women’s team overcame a slow start to blitz the visitors 41-20 across the two middle periods to set up the win. Lions were led by 19 points and eight rebounds from Nicholle Lavinier, with Fatmata Janneh adding 16 points, six rebounds and as many assists. Both players then jumped on the team coach to help Lions’ WBBL side win at Essex Rebels.

Tinu Fakunle added ten points for Lions, while Lindsey Cleary had 15 points and three rebounds to lead the visitors.

Janneh scored a pair of free-throws and a triple to help Lions into an early 9-4 lead but the visitors hit back with an 11-0 run and went into the first break 17-11 ahead.

Triples from Grace Stricklands and Lavinier saw Lions tie the game at 20 after six second period minutes before Lavinier’s trey gave the hosts a lead they would never lose.

Another Lavinier three-pointer put Lions 31-24 up at half-time before striking again from downtown for the first score in the second half, and by the four minute mark Janneh had made it a 20-point lead with a lay-up.

Fakunle and Page kept Lions comfortably ahead going into the last minute of the third period, and they were leading 52-37 at the final break.

Page made it a 19-pointgame with eight minutes remaining and Faunle wrapped up the win at the foul line.

Meanwhile the men’s Division One side failed to build on a good start as they slipped to defeat against Reading Rockets.

James Vear’s side were 28-21 ahead at the first break, but were two down at half-time and the visitors took control with a 21-12 third period before wrapping things up with a 29-16 final quarter.

Bradley Kaboza came off the bench to lead James Vear’s team with 18 points and five rebounds while Kamoku Weluche with 17 points and eight boards. Jase Harrison had a tough shooting game, but finished with a 12 point, ten rebound double-double, while Brandon Tchouya added ten points and six boards. Recent signing Tyler Cartaino led the Rockets with 33 points and nine rebounds.

Lions started well as five points from Eddy Colley put them 7-3 ahead after two minutes, Weluche made it a six point game at the foul line. Harrison’s lay-up took the lead out to 20-9 and it was still a double digit advantage for the hosts as Weluche scored from downtown going into the final three minutes of the first period.

A Harrison trey helped Lions lead by seven at the first break and Weluche extended that lead with the second period’s first score. Lions were still up by eight with three minutes gone but AJ Basri dragged his side back into the game, and Cartaino sent Rockets into the locker room with a two point lead.

Jaz Bains took the Rockets lead out to ten with the trey six minutes into the third period and the visitors never looked back as they closed out the win.

Elsewhere, Lions U-18 both romped to a 99-50 home victory against Ipswich, outscoring the visitors in every quarter, while the U-16 girls had a big 93-26 victory against neighbours Barking RDF.

In contrast, the U-14 boys were hammered 104-30 against a Baltic Stars team who are sweeping all before them this season.