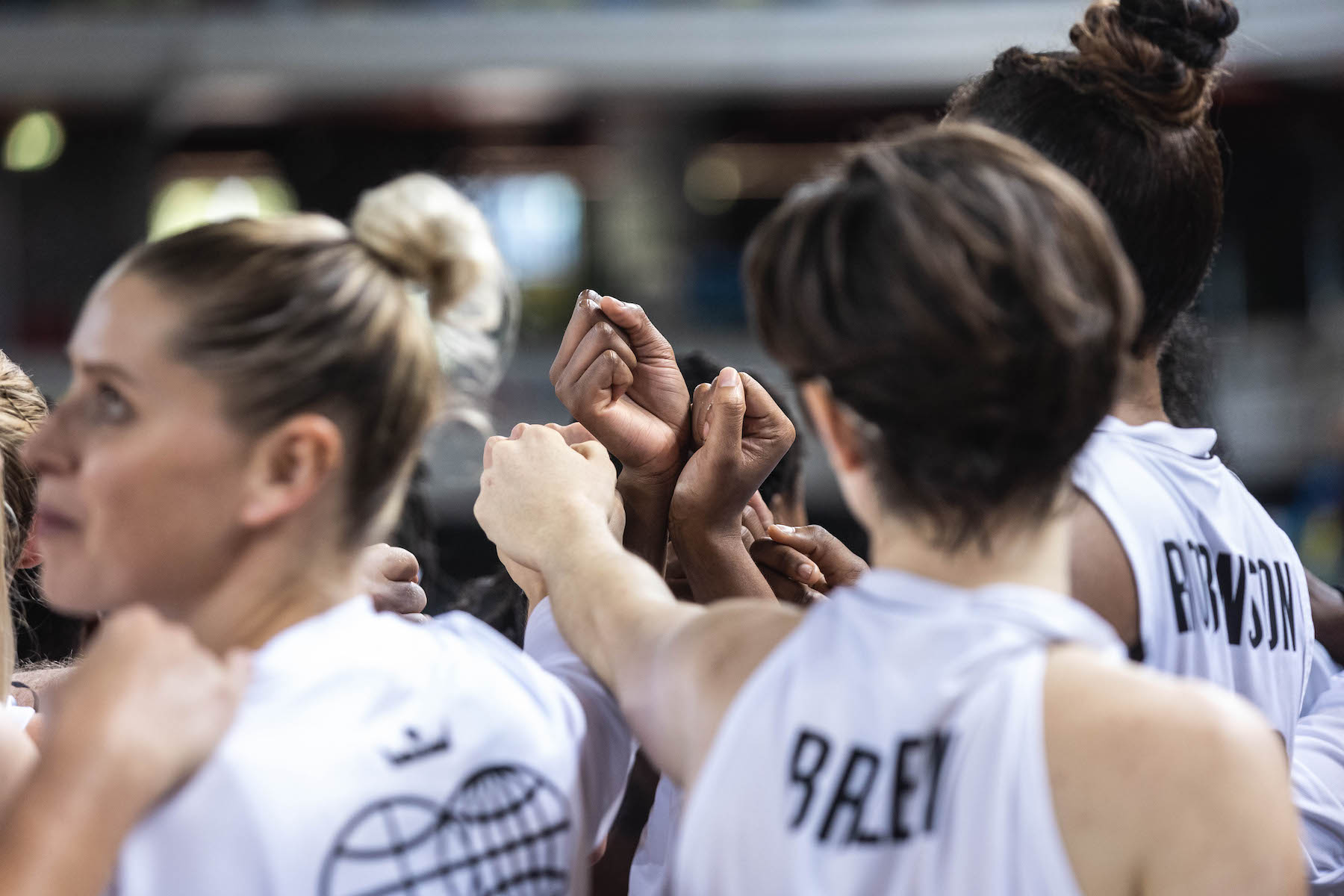 London Lions women will be looking to extend their winning run in British competitions to 16 games when they face a quick-fire double header this weekend.

The Lions have not lost a domestic game since late in the 2020/21 season when they suffered a narrow home defeat against Leicester Riders, and they will look to add to that run when they host Oaklands Wolves at the Copper Box on Friday afternoon (4pm) before travelling to Durham Palatinates for a Saturday lunchtime game.

Coach Mark Clark is looking forward to the pair of games: “Our focus moves on to Oaklands and then Durham” he said. It’s great that Wolves have agreed to move the game to the Friday as it helps our preparation for the Borge game next Wednesday. I’d like to thank Michael Ball and everyone at Oaklands for helping us out.  I have a lot of respect for their programme, Lauren Milligan is doing a great job in her first year of coaching. We’ve all be in that first year and she’s having a good impact and it’s good to see a young coach making her way in the game.

“For us it’s about working on some things we might be able to use in the Borges game, it’s about people staying in rhythm, not only getting the job done but getting it done in a constructive way that helps us next week.

“I’m looking forward to going to Durham. Lee Davie always tries to run a good programme, they’re having a tough year but we’ve all been there and I’m sure he’ll be doing his best to turn things around.”

Rookie coach Lauren Milligan saw several older players leave the Wolves in the summer, forcing her to abandon plans to retire from playing and rely on the club's academy. Despite that, Wolves have managed to pick up road wins at Newcastle Eagles and Caledonia Pride to sit joint eighth in the table with a 2-5 record.Greeta Uprus leads them with 14.3 points per game but has only managed three of their seven games while American centre Merissa Quick averages a 13 point, ten rebound double-double. Lizzie Harrison brings 12.2 points and 3.2 assists per game while academy guard has stepped up in recent weeks with 18 points in a hammering at Sheffield Hatters and 17 in the Caledonia victory.

Lions won both of last season's league meetings between the sides comfortably while the WBBL Cup game was awarded to Wolves as Lions were unable to fulfil the fixture due to Covid-19.

It's a quick turnaround for Lions as they visit Durham the following lunchtime where they'll face a side sitting second-from-bottom of the table with their sole victory in eight games coming with a 31-point win at basement side Caledonia.

Elle Hendershot is clearly the player to stop for the north east side as she averages a 15.8 point, 12 .8 rebound double-double, adding five assists, 2.7 steals and 2.2 blocks per game. Goretti Hurtado Barbeito  chips in with 14.8 points, 4.9 rebounds and 3.1 steals, while Katie Bennett adds 12.4 points and a team-high 4.1 assists per game.

There were contrasting wins for Lions in the league games between the teams last season, with Clark's side recording a 12-point home victory before warming up for their successful play-off run with a 114-59 road win.