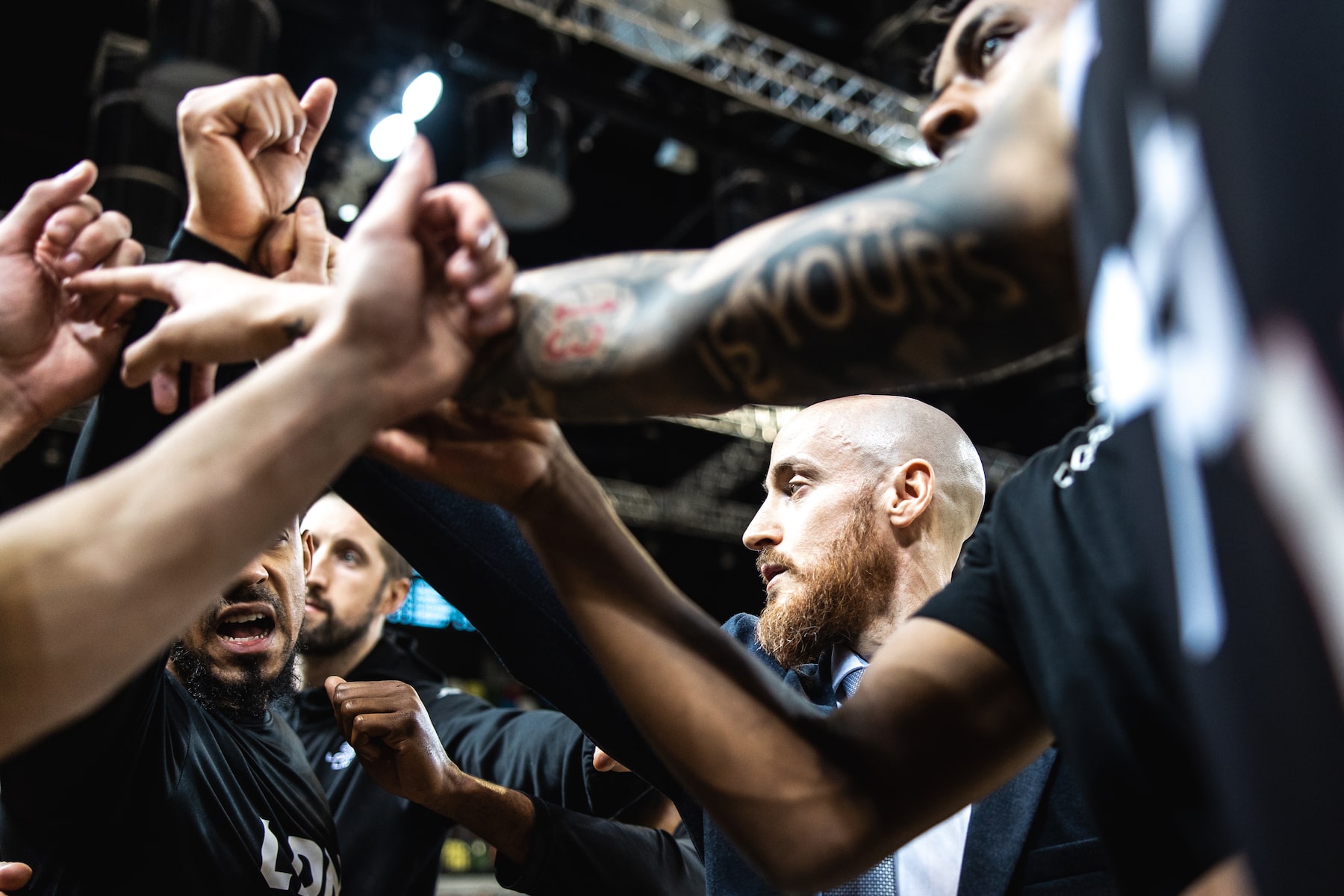 London Lions continue a big weekend on Saturday evening when they travel to Bristol Flyers for a BBL Championship fixture.

Lions go into the game sitting fifth in the league table with a 9-7 record and have plenty of games in hand over all of the sides above them, while Bristol are seventh having split their first 16 games and need a win to continue their push for a play-off spot. Both sides are looking to bounce back after defeats on Friday, with Flyers going down at leaders Leicester Riders and Lions letting a big lead against Glasgow Rocks.

Lions’ captain Justin Robinson knows that the trip to SGS College will provide a tough test for the his team:

“We played them not too long ago, they’re well coached and they’re always really good at home” he said

Point guard Marcus Evans leads the scoring for Andreas Kapoulas’ team with with 15.3 points and dishes out a team-high 5.3 assists per game along 4.1 boards. Trejon Jacob pulls down a team-high 8.3 rebounds per game, adding 15.6 points, 3.3 assists and a couple of steals while Malcolm Delpeche adds 14.94ppg – although his scoring has slipped recently - 7.1 rebounds and two 2.1 per game.

Although the teams have yet to play each other in the league this season, they’ve certainly seen a lot of each other, with Lions recently defeating Flyers in both legs of the BBL Trophy semi-final.

Lions did most of the hard work in the first leg as they returned from Bristol with an 81-61 victory before edging Flyers out 85-81 at the Copper Box to complete a 166-142 aggregate victory.

The first leg saw Dirk Williams lead London with 17 points and eight rebounds as a strong fourth period saw Lions outscore the hosts 27-14 to take a massive step towards the final.Despite the second leg looking to be a formality, it was an entertaining game at the Copper Box as  Williams made it four-from-four in the competition as he again led his side, sinking four triples on his way to a 22-point, six rebound game/