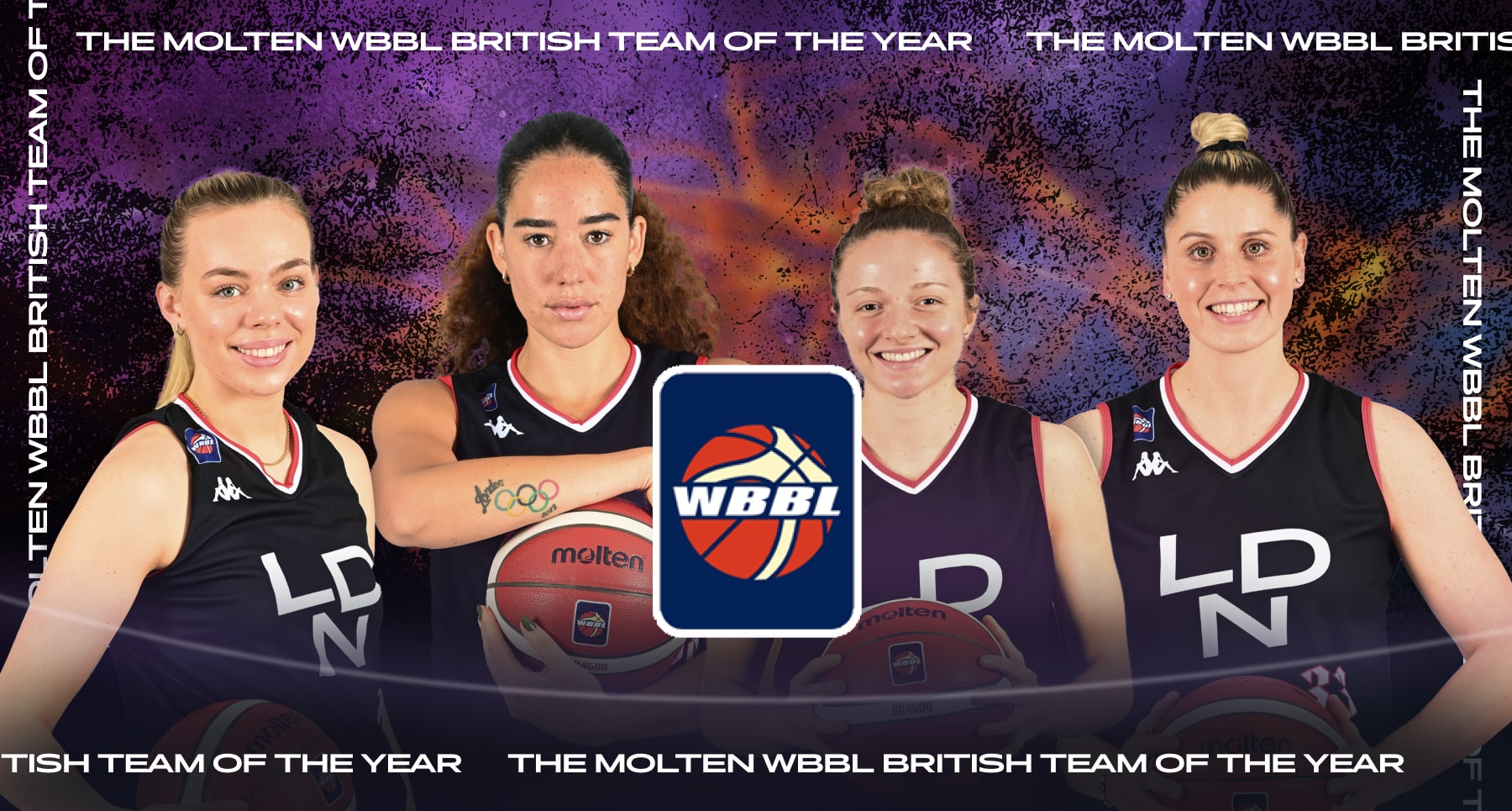 The award was voted by WBBL head coaches and Lions have assembled the most formidable array of British talent that the WBBL has seen and they have been rewarded with four nominations.

Jo Leedham, Azania Stewart, Holly Winterburn and Kennedy Leonard all gained places in the team and their coach Mark Clark was delighted with their nominations:

“It’s great that we’ve got four representatives on the all-British team, in reality it could have been any number of our British players named in the five” he said. “I think the core of our group could all get in it but all four [who were picked] have had amazing seasons.

“It’s always good to see Helen Naylor getting some recognition as she’s  one of the stalwarts of the WBBL but it think us having four - and those four in particular – have raised the bar for the WBBL. They’re great role models for girls in London and the league. Let’s hope they can inspire more British players to reach the heights they have.”

The only unanimous selection in the team, London 2012 Olympian Leedham was inspirational in her first season back on these shores following an illustrious career at the highest levels of European basketball in France, Poland, Turkey and the EuroLeague Women. Leading Lions to a first ever WBBL Championship title, unbeaten at 24-0, along with the WBBL Cup and WBBL Trophy, she averaged  16 points, seven rebounds, five assists and three steals per game, ranking first in the league in steals, first in field goal percentage (56%), second in three-point percentage (43%) and tenth in overall scoring. Perhaps most iconic, a season highlight came in the WBBL Trophy final as she threw herself to the floor to grab a loose ball and assist a teammate with a pass over the back of her head, among 14 points, six rebounds and six assists in that game.

A fellow London 2012 Olympian, London’s centre Stewart was a defensive linchpin for the WBBL’s best defensive team and among the league’s best players in the paint in a second WBBL campaign for another player whose career took her all over the world, including Spain, Australia, and the highest level of college basketball at Florida. Stewart averaged 10 points, seven rebounds, three assists and one block in the league, ranked third overall for two-point percentage (57%) and sixth in blocked shots. She was dominant in their early-season WBBL Cup run, averaging 15 points and nine rebounds in the competition, and winning the Cup Final MVP award with 20 points, on perfect 9-9 shooting, and six rebounds live on Sky Sports at the Utilita Arena, Birmingham.

Making the team for the third year in a row is former three-time Molten WBBL Young-player-of-the-year Holly Winterburn, after her move to London from Leicester Riders last summer. She was one of Lions’ many players who made an impact all over the floor, averaging 12 points, five assists, four rebounds and two steals per outing, ranking eighth in the WBBL for steals and ninth for assists. Most notably, she was awarded MVP of the WBBL Trophy Final after scoring 16 points, knocking down 4-6 (67%) three-pointers, with six rebounds, five assists and three steals against title contenders Sevenoaks Suns; and she saved her highest-scoring game for the post-season, pouring in 29 points on 11-13 (84%) shooting in the Play-off semi-final win over Caledonia Pride at the Copper Box Arena last weekend.

Point guard Leonard features in the team for the second season running after again pulling the strings for this all-dominant Lions team, as she looks forward to representing Scotland in 3×3 at the Birmingham Commonwealth Games this summer. Averaging 11 points, eight assists, four rebounds and three steals per outing, she led the WBBL in assists for the second straight season and was sixth overall in steals; better still, she posted 15 points, nine assists, six rebounds and four steals in the victorious Cup run. Leonard had an unreal 22 assists in an early-season game against Gloucester City Queens, equalling her own league record.

The only non-Lion in the team was veteran Naylor from Sheffield Hatters who is voted to the team for the fourth time in her career.