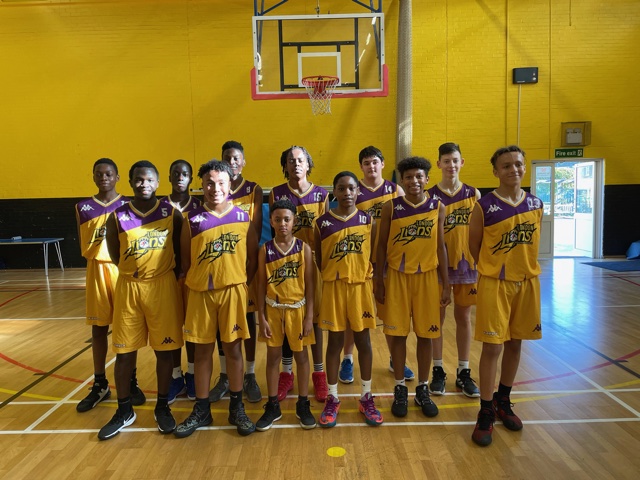 While London Lions’ professional teams were continuing their European adventures, it was a generally successful week for the club’s younger teams.

There was only one academy game on Wednesday due to exams, but Newham College continued their good start to the season with an 84-61 home victory against RBA.

L Bennett led Lions with 26 points, while A Bari added 22 and captain W Tucker chipped in with 19.

Last weekend saw both of the club’s NBL Division Three teams record road victories, and they now occupy the top two spots in the London region.

UEL Lions made the trip to Millwall and came from behind to beat Lewisham Thunder 60-54. Lions had led 27-24 at half-time only to see the hosts outscore them 13-8 to lead by two at final break. But a strong fourth period saw Lions ensure they would go into November top of the table with a 25-17 run to clinch the game.

Things were a bit easier in Wembley for Barking Abbey Lions as they roared to a 79-44 victory against Brent Bulls, with M Amako leading the way with 25 points and KJ. William-Buchannan adding 23 points.

There was also plenty of action for Lions’ juniors on Saturday with a quadruple-header at St Bonaventure’s School in Newham.

The U-14 Premier boys )pictured) were in action against a resilient St. Albans Wolves. The Loins got off to a flying start dominating on both ends of the court to secure a resounding victory 117-39.The visitors  trailed 38-0 at the first break before the visitors got the scoreboard moving to trail 61-14 going into the locker room. Lions extended their lead to 88-26 at the final break before wrapping things up with a 29-13 fourth period. Player of the game Micael Filho with 29 points, nine  rebounds, six assists and six steals.

The U-16 Lioness had a though encounter against St Albans Wolves. Lioness fought hard but could not match the dominance of Wolves who sailed to a 52-63 victory. The visitors started well, leading 16-9 at the first break and went into the half-time break 33-23 ahead. That lead grew to 51-38 going into the fourth period, and although the Lionesses closed the margin to eight points, a strong finish saw the visitors close out the win.

The U-16 boys conference team also fell short against Barking and Dagenham Thunder. Both team traded baskets early on but defence would prove pivotal as the Thunder held the Lions to only 36 in the game, final score 49-36 in favour of Barking.

Lions U-18 boys welcome Ipswich basketball club to London for the first time this season. The Lions had come off a brilliant win against Reading Rockets II the previous weekend and were looking to continue their winning start. Both teams were inseparable in the first half with Lions sneakily in front 37-36 at the half. Ipswich would pull out the stops in the second half to seal the win 80-76.