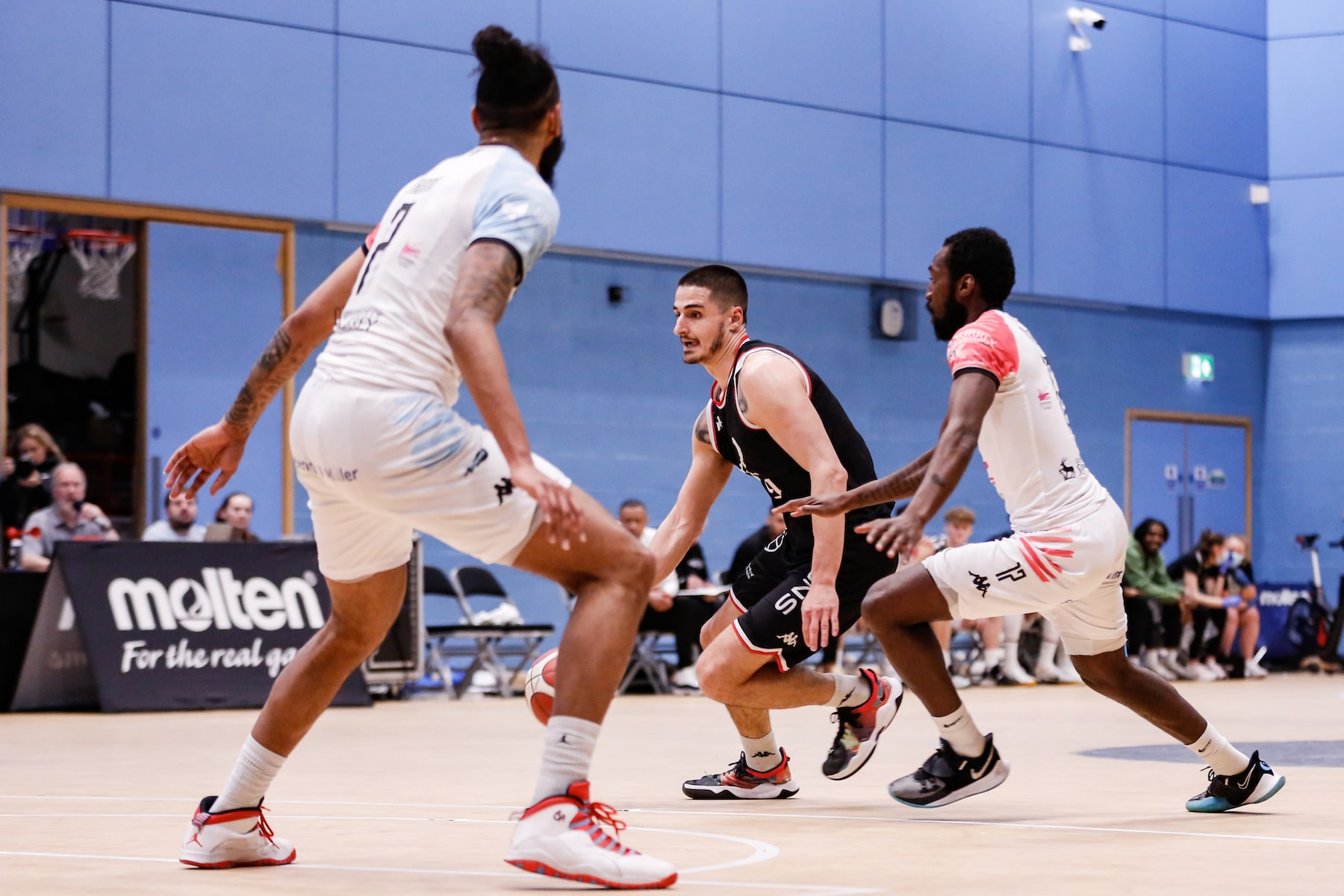 London won at Surrey Scorchers last Wednesday before beating Cheshire Phoenix at the Copper Box on Friday and then wrapping up their league campaign with a victory at Manchester Giants, on Sunday.

“I think the guys really locked in this week, we needed a good run with the play-offs starting this week” said Lawry."

“Our biggest improvement was getting our defence locked back in. In our last three games we’ve tracked that over 80 percent of threes the opposition have shot have been challenged, that stops teams getting good looks and allows us to get out on runs.

“It was good to get a win against Cheshire, the players wanted revenge after the final, while beating Giants after they played us off the court last time was very pleasing. Both wins were important to the guys, but from a coaching point of view the Manchester game was pleasing as we got through a tough game, survived a late run and showed the kind of character we’ll need in the play-offs.”

Lions will start their play-off campaign at the Copper Box on Friday when Cheshire Phoenix are the visitors, tip-off 7.30pm.