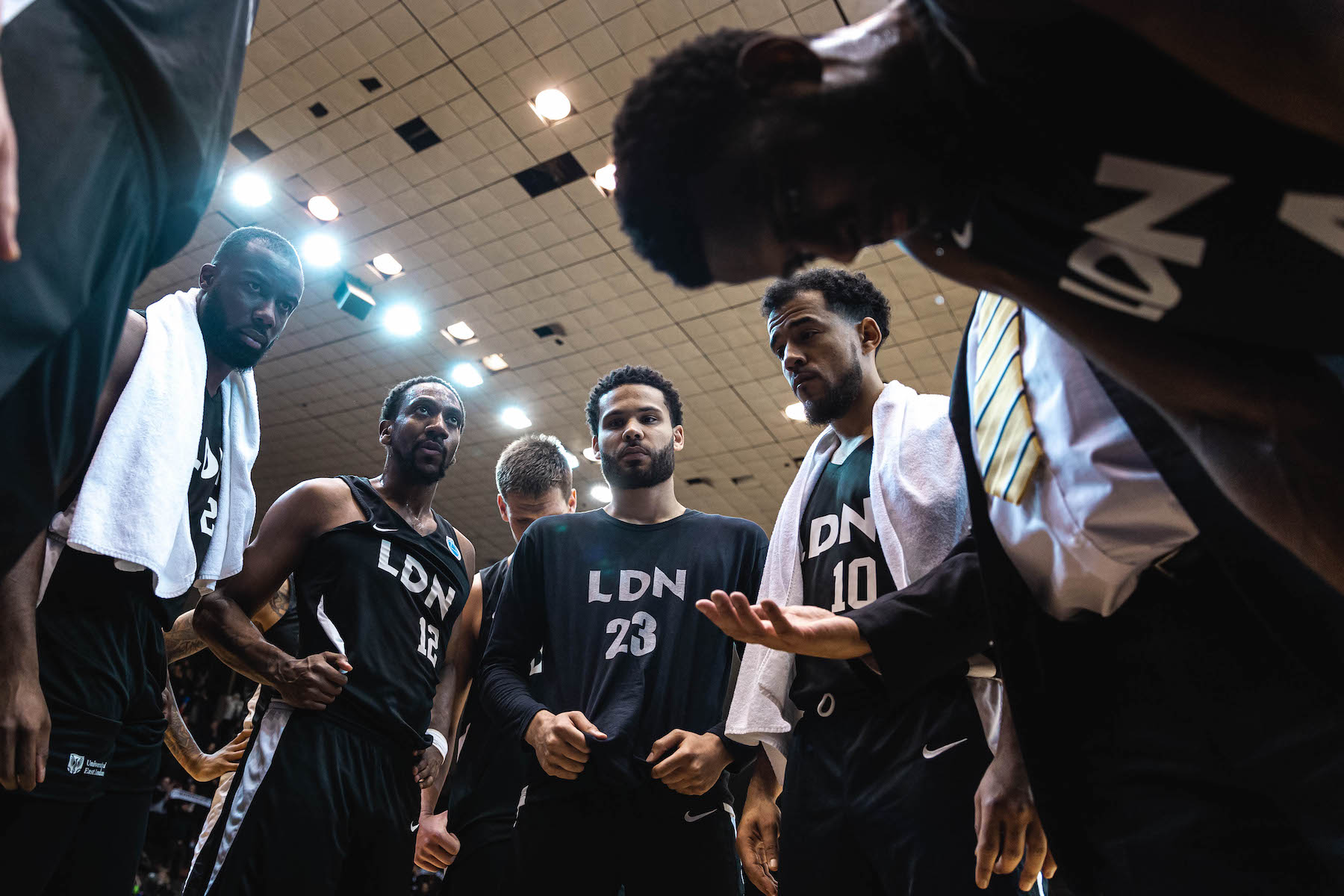 It was a mixed weekend for London Lions' NBL teams as the men kept up their play off chase in the league but went out of the National Cup, while the women suffered another Division One defeat.

Another massive game from Fatmata Janneh wasn't quite enough for the women as they lost 92-81 against Solent Kestrels at Barking Abbey on Saturday afternoon.

Laviner opened the scoring only to see Kestrels reel off nine straight points before she sunk a three to end the run. Five points from Grace Strickland and Janneh kept Lions' side of the scoreboard ticking over, but at the other end they failed to stop the visitors scoring freely, and they hit 11 of the final 14 points to lead 35-18 at the first break.

The second period saw Lions play some of their best basketball of the season as they outscored the visitors 30-17. Lavinier's triple got things moving for the hosts and Janneh reduced the arrears to 46-33 at the five minute mark before her trey made it a ten-point game. Janneh continued to torment the visitors, converting a lay-up and a triple to reduce the arrears to seven before Lavinier went three-from-three at the foul line to make it a six point game heading into the final 90 seconds of the half.

Janneh continued her onslaught with a lay-up at Lions only trailed 52-48 going into the locker room, and scores from Ruchae Walton and Jennah saw Kestrels' lead shrink to two points after two second half minutes.

That proved to be as close as the hosts came in the third period as Solent replied with an 8-0 run and despite six more Janneh points Kestrels took a  69-62 lead into the final break Lions started the fourth period well, with Janneh capping a 7-0 run which saw them pull within a point, and they stayed in touch as Walton's lay-up made it a two point game with just over five minutes remaining.

Janneh's lay-up made it 80-77 with 4:18 on the clock before Kestrels went on a game-clinching 8-0 run to leave the young Lions with too much to do in the final two minutes.

There was better news for Lions men as they held off a stubborn Leicester Warriors side to record a 83-71 victory at Barking Abbey.

Bradley Kaboza led the way with 24 points and three assists for James Vear's side while Elijah Maynard added 16 points and six assists. Jase Harrison finished with 13 points and eight rebounds as Vear was able to give his bench extended minutes and they contributed with 24 minutes.

An even start saw Lions lead by a point after six minutes but Denilson Caschilli's triple launched a strong finish to the period as Kaboza hit eight straight point before draining a trey to give his side a 31-21 lead at the first break.

Kaboza continued to terrorize the visitors' defence as he scored Lions' first five points of the second period and despite a four minute scoring drought from the hosts Maynard's trey made it a 12-point with 3:41 on the clock, and a four-point Maynard play helped Lions finish the half on a 14-4 run to go into the locker room 52-33 ahead.

A low scoring third period saw Warriors chipped three points of the deficit, with Maynard and Harrison doing the bulk of Lions' scoring as they took a 64-48 lead into the final break.

Maynard's trey capped a 7-0 Lions run to open the fourth frame as the lead grew to 22 and it was still a 19 point game with five minutes remaining before Warriors rallied cut the final margin, but it wasn't enough to prevent Lions collecting their seventh league win of the season and move up to joint fifth in the Division One table.

Things were a lot tougher the following day as holders Solent Kestrels progressed to the National Cup final with a 101-71 victory against the young Lions.

Vear's side were led by 22 points and eight rebounds from Maynard as the American hit six of his three point shots, while Kaboza completed a good weekend by adding 17 points. Harrison finished with 12 points, six rebounds and four assists but Lions found themselves out-rebounded 59-47 and gave up 42 fast break points.

There was little to choose between the sides in the early stages, with Kaboza's and-one putting Lions 15-14 ahead after six and half minutes, and both Maynard and Kaboza drained from downtown to keep Lions in touch as they trailed 26-21 at the final first break.

But Elliot Sentance opened the second period with a triple and although London only trailed by eight at the five minute mark, Solent steadily built their lead to go into half-time 53-38 ahead.

Maynard hit a triple early in the second half, but with Andre Arissol replying at the other end, Lions never got any closer than 17 points as Kestrels took a 73-55 lead into the final break and wrapped things up with a 29-17 fourth period.