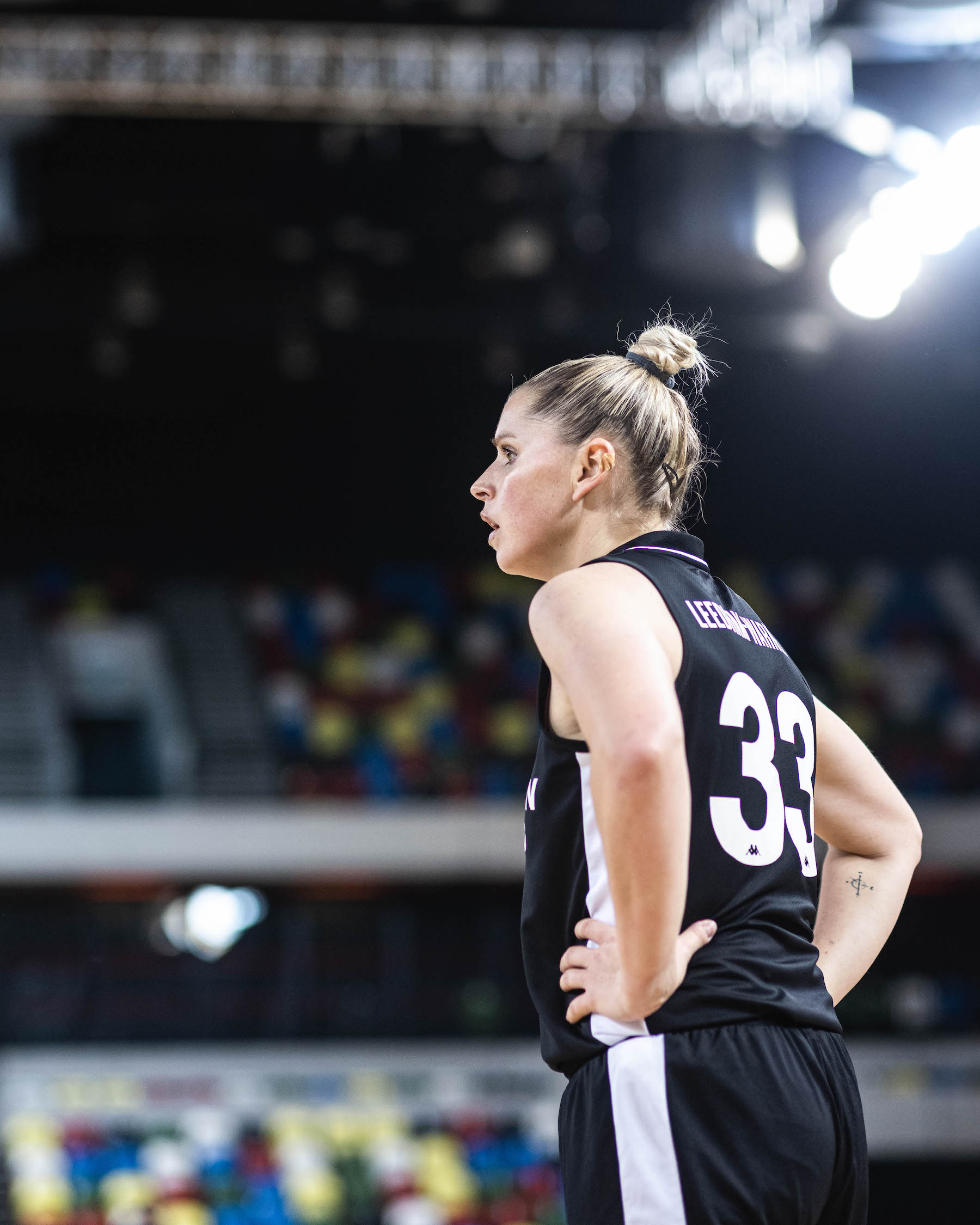 London Lions FIBA Europe Cup Women hopes have been hit by the news that Jo Leedham-Warner will be unavailable for tonight’s game at Tango Bourges.

The GB international was due to travel back after spending Christmas in the USA, but French travel restrictions will prevent her facing her former club in a key tie for both clubs as Lions look to hold on to their one-point advantage from the first leg.

“Obviously it’s really disappointing news for us” said coach Mark Clark. “But the game has to be played this week and as FIBA Europe have said, it’s just the same as having a player injured. We’ve played a lot of games without Jo this season, and we have to cope with the situation as we try to pull off another massive win.”

Despite being held to just 64 points at Crystal Palace, Bourges boast the most potent offence in the competition, with 94.21 points per game and also handing out more assists, 27.9, than any other team. It’s a team effort, with Bourges having four players who have played in all of their seven games averaging double digit scoring.

Although she was held scoreless in London Ilana Rupert leads the way for the French team with 13.4 points, adding 4.4 rebounds in just 21 minutes per game. Veteran guard Elin Lderbrink adds 12.6 points along with a team-high 5 assists while Elodi Godin leads them on the boards with 6.4 rebounds per game, adding 3.5 assists and as three points. Isabelle Yacoubou has an impressive 12.4 points and 5.3 rebounds in under 16 minutes per game.

Bourges were the first French team to win a FIBA women's competition, the 1995 Ronchetti Cup. And the club's most successful years to date ranging between 1995 and 2001, with three Euroleague titles and six national championships in a row. They have been French League champions 13 times and won the cup seven times.