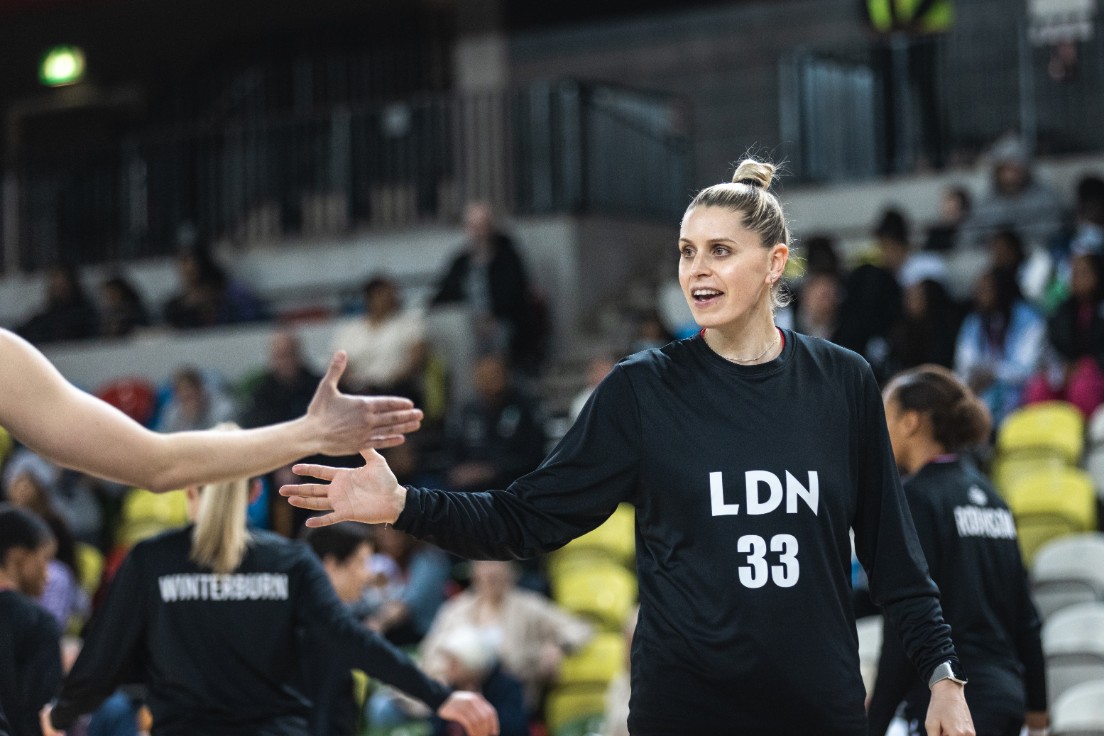 Jo Leedham led the way as Lions players completed a clean-sweep in the ’ Basketball Journalists Association’s Women’s Player-of-the-Year awards for the 2021-22 campaign.

“Thank you so much to everyone who voted, I am extremely honoured and grateful to receive this award,” said Leedham. “Our team has worked so hard to perform everyday at a top level, so this award is a direct reflection of everyone involved from staff to players. “I am very thankful to have had this opportunity and I hope others have enjoyed having me in the league as much as I have enjoyed being part of it.”

Lions' coach Mark Clark was delighted to see his players occupy top three slots in the annual awards: "t's great to see that our players getting that recognition" he said

"As I've said before, Jo is the MVP of the WBBL and does so much more than just play the game. She's the inspiration behind our team but she also demands that we at the best possible level. I hope that British basketball can get to see more of Jo and that Lions can find a way to retain Jo in some capacity or another for a long time to come."

"It's great that in one season in the WBBL she's been recognised by the journalists, most of whom have been reporting on the game for a long time. and are doing a lot to promote the game. So it's great that they see Jo as a role model for the other players to follow."

Leedham is no stranger to receiving awards from the Basketball Journalists Association having won the Syd Lipski award for best Brit playing abroad three times, twice with Bourges in 2014 and 2016 before her spell with Orman Genclik in 2019/20 saw her collect it for a record third time.

The Lions' play-caller also had praise for Leicester Riders men's coach Rob Paternostro who collected the BJA coach-of-the-year award: "it's great to see Rob getting the recognition he deserves" said Clark.

"He's had a phenomenal season and career in the BBL. Obviously I hope he doesn't win the championship and that Lions do, but he's had a great season and thoroughly deserves the award."