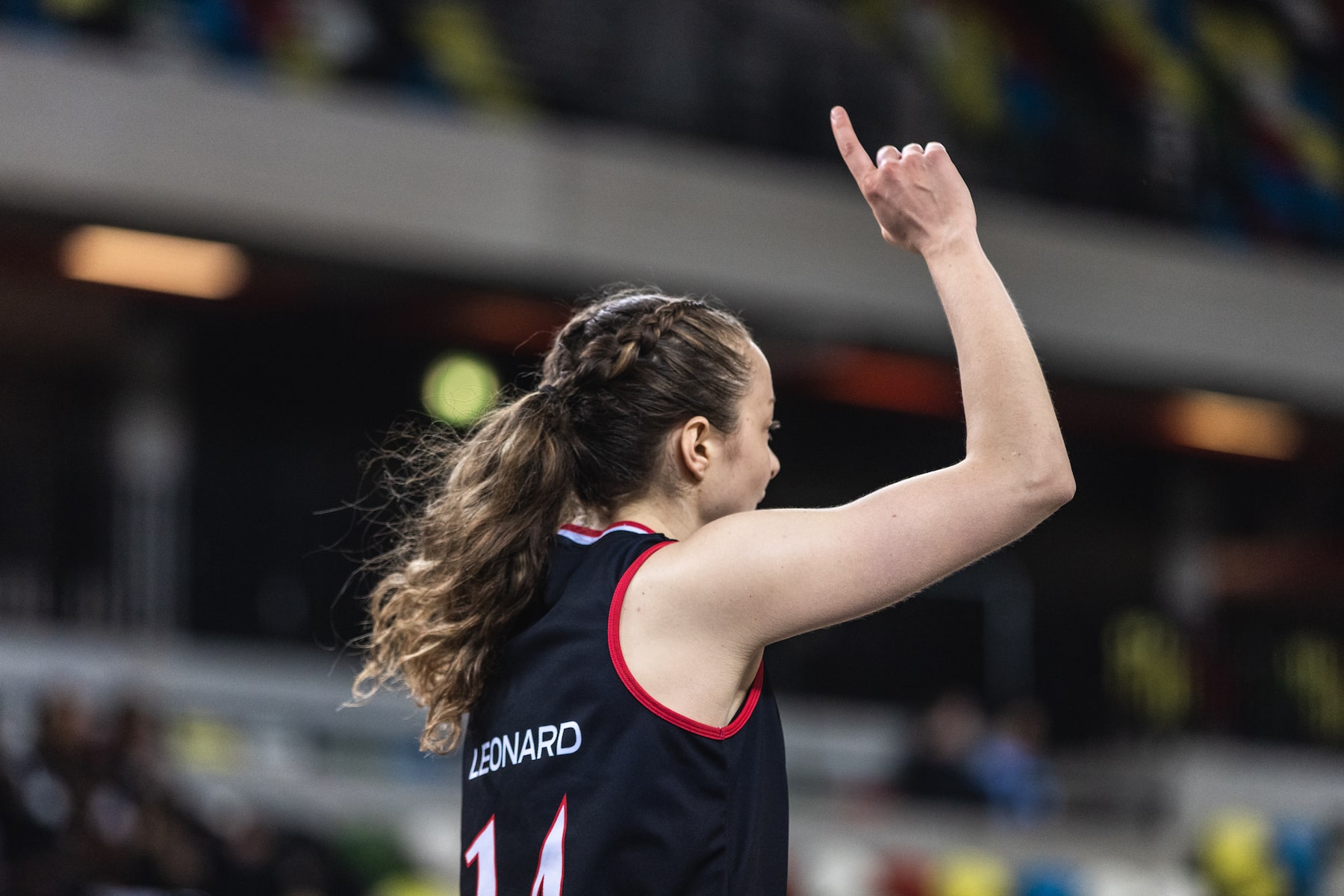 Lions’ point guard Kennedy Leonard won’t be satisfied until her side have completed a history-making perfect season.

The Scottish international and her team are one game away from a 34-0 campaign, and they face Sevenoaks Suns in the Play-off final at the O2 on Sunday looking to pick up their fourth piece of silverware this season.

“It’s the final game, and all of the lights are out” she said. “We’re excited that it’s a chance for us to do something that’s never been done in history, so we have to take advantage of the chance to achieve that. It means everything for us to be the first perfect team in WBBL history. With the team we’ve put together its’s been great to get to this point, but it means nothing until we’ve won the fourth trophy of the season.”

Leonard had another stellar season for the Lions, building on her reputation as the best passer of the ball with a league-best 8.3 assists, adding 10.8 points, 3.5 rebounds and 2.5 steals as she played in all of Lions’ games.

Mark Clark’s side reached their third final of the season, and continued their defence of their Play-off crown, with a 104-59 victory against Caledonia Pride at the Copper Box, on Sunday. Leonard went close to a double-double with 11 points, sinking a pair of triples in the process, and nine assists as Lions led from tip-to-buzzer on the way to a 37th straight victory in a run going back 13 months.

Leonard was pleased with the performance:

“I thought it was a good game for us against a really good Caledonia team” she said. “They worked really hard and it was good for us to play against a team that is strict on their X’s and O’s. We made sure we set the tone we wanted to play at. Holly [Winterburn] had a great game. Obviously we have so many pieces and people who can do different things we try to make sure we get the ball to whoever’s hot, and we did that on Sunday.”