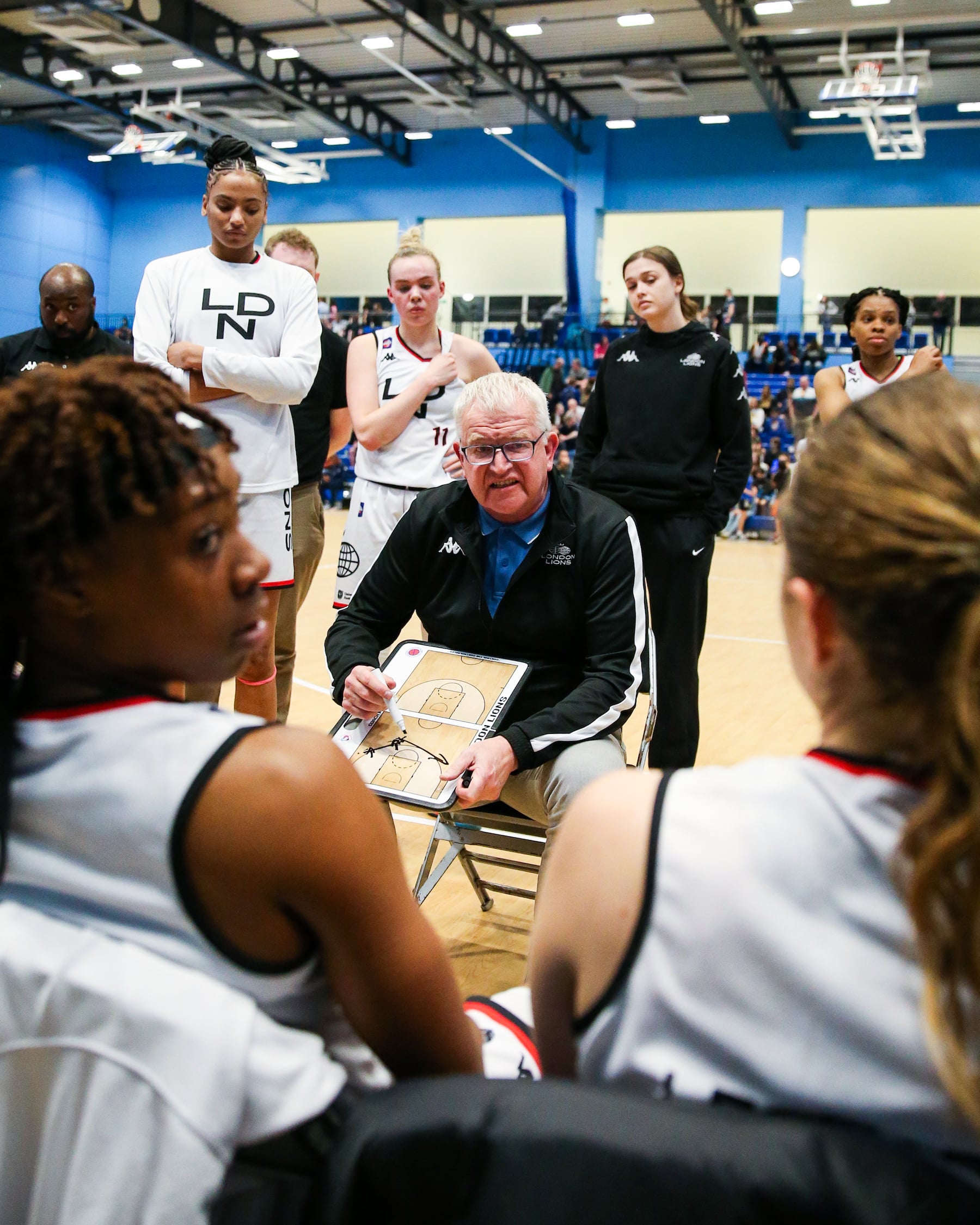 Lions’ coach Mark Clark has a good idea what to do if his side are to beat Sevenoaks Suns and complete an unprecedented unbeaten WBBL season by winning the Play-offs on Sunday.

“They showed by beating Nottingham that they’re an experienced and resilient team, and you can’t let up against them for a minute” said Clark ahead of the trip to the O2 Arena.

“I’m confident that we can finish the season in the right way, but this is Suns' final chance to win something. They have nothing to lose and they’ll do everything they can to try to stop us getting a clean sweep.

“They appear to be fully healthy again. Jamila [Thompson] played against Nottingham, and it’s good that both teams will be at full strength. Janice [Monakana] is their highest level player, she has an enormous amount of experience and can cause any team problems while Cat [Carr] is also experience and knows how to win a big game. We’ll respect her, and they have players who can hurt you if you don’t play for the whole 40 minutes."

“They dealt with out defence in the first half of the most recent league game but they couldn’t in Trophy final, so let’s see if we can bring our best level of defence for the full 40 minutes.”

Former GB and England coach Clark had praise for everyone at the Lions’ organisation who has helped his side sit on the cusp of a perfect season:

“Like I’ve said before it’s a testimony to how much effort everyone at the club has put in over the course of the season. The work that has gone into managing people throughout the year shouldn’t be underestimated, you can’t go unbeaten without being relentless."

“We’ve had to manage injuries, we lost Valentina [Klocker], and we’ve won games when we’ve been short-handed. It means that we have a great group of people who work their backsides off and come to work each day.”

Clark believes that his side have helped elevate the WBBL to a new level:

“We’ve raised the bar in the WBBL and it means a lot to help it be taken seriously. We brought Jo Leedham and Azania [Stewart] into the WBBL and it’s really important we have players of that quality into the competition."

“Everyone’s tired at this stage of the season but it’s never difficult to pick yourself up for the last week. We were back in practice at 8am Tuesday because that is what we do. We’re sticking to our normal schedule, if it isn’t broken, you don’t need to fix it.”

The Lions’ play-caller hopes that his side can round off the season in style:

“I just hope we can come up with a performance that people are excited about and want to watch on Sunday” he said. “I hope that fans come to both games. People have come to watch us this season because we have a good reputation due to how we played."

“There were 6,000 in the arena at the start of the [WBBL] Cup final, let’s see if we can have nine or ten thousand for the beginning of Sunday’s game, I hope they’ll see a team that are decent to watch and hope they’ll realise the WBBL is worth watching."

“Everyone at the club is excited, their friends and families are travelling from all over the world to see the game. People are excited about seeing their kids playing at the 02 so it’s a big family event and it’s important we play to our best ability.”